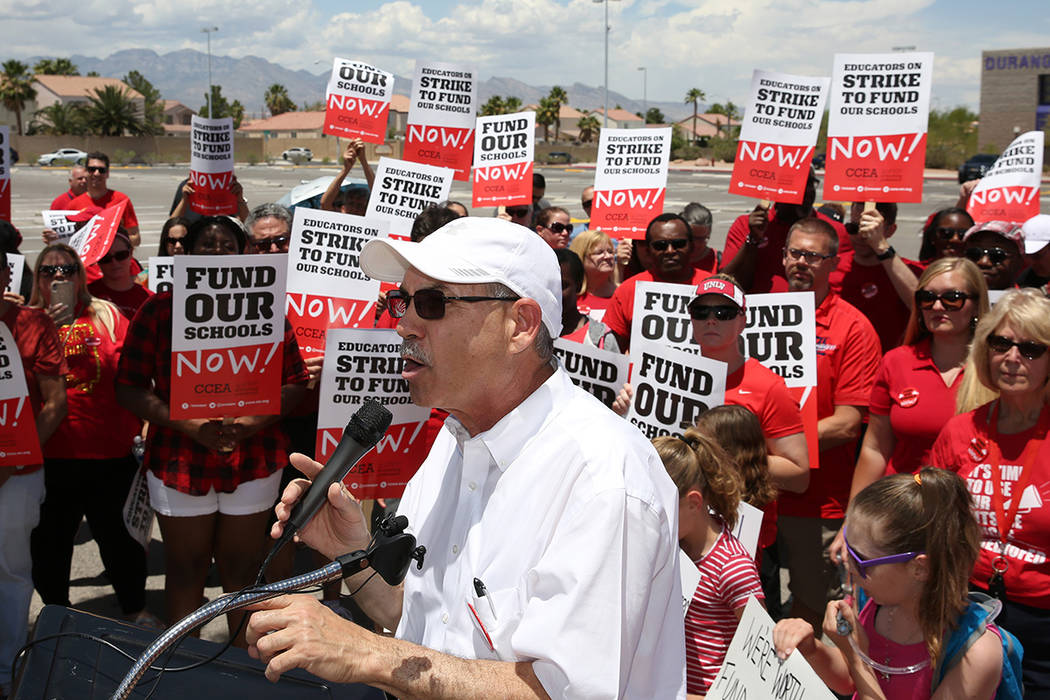 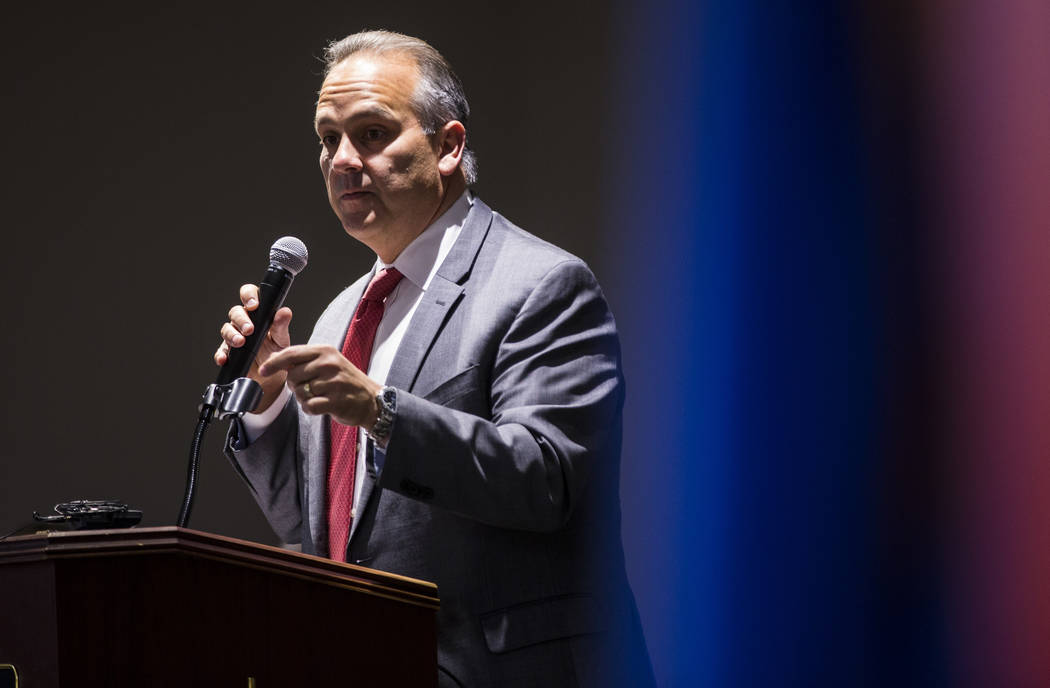 The Clark County School District and teachers union are at a stalemate over a new two-year contract, with union leadership saying it is “extremely disappointed” that Superintendent Jesus Jara has “turned his backs on educators.”

The Clark County Education Association announced Friday that it would meet over the weekend to discuss next steps, which could include a strike — a threat that the union has been raising throughout the summer.

Meanwhile, the district sent an email to employees Friday touting what it called a contract offer with the “most significant increase in compensation and benefits” in more than a decade.

One sticking point for the union is the lack of a pay raise in the contract offer for teachers who advanced a column in the salary table after completing professional development under the district’s professional growth system.

That pay raise is different from the step increase that educators might receive as they amass time in the district.

The union estimates that 2,000 educators have earned column advancements that should give them raises at a total cost of about $15 million to $20 million. But it said in its announcement that the district refuses to pay it.

The district also has failed to address the current freeze that prevented teachers from moving up in the salary table during the past school year, according to the union.

The union also wants the district to address the reduction in teacher salaries because of a contribution increase in the public employee retirement system. The employee contribution to the system recently increased by 0.625 percent of an employee’s paycheck.

“(Jara) has turned his back on over 18,800 educators who day in and day out have committed time and resources to improve their practice while working under extreme conditions of large class sizes with less resources to educate over 320,000 students,” the union’s announcement said.

District officials plan to propose a 2019-2021 contract to the School Board next week that includes a 3 percent raise, step increases for all employees eligible to advance a step in the salary table for each of the two years of the contract, and a 4 percent increase in medical plan contributions for both years.

The district’s negotiation team also has given the same offer verbally to its other bargaining units for administrators, support staff, police officers and police administrators, the district said in the email.

School started this week without a strike by teachers, but the union has not abandoned its threat to walk out of schools if there were any cuts to classrooms because of the recent $17 million budget deficit — or if it does not reach a contract agreement in a timely manner.

The union has given the district a deadline of Thursday to propose a contract that it accepts. If there is a strike, the union has emphasized that it will give parents sufficient notice, without specifying a time frame.