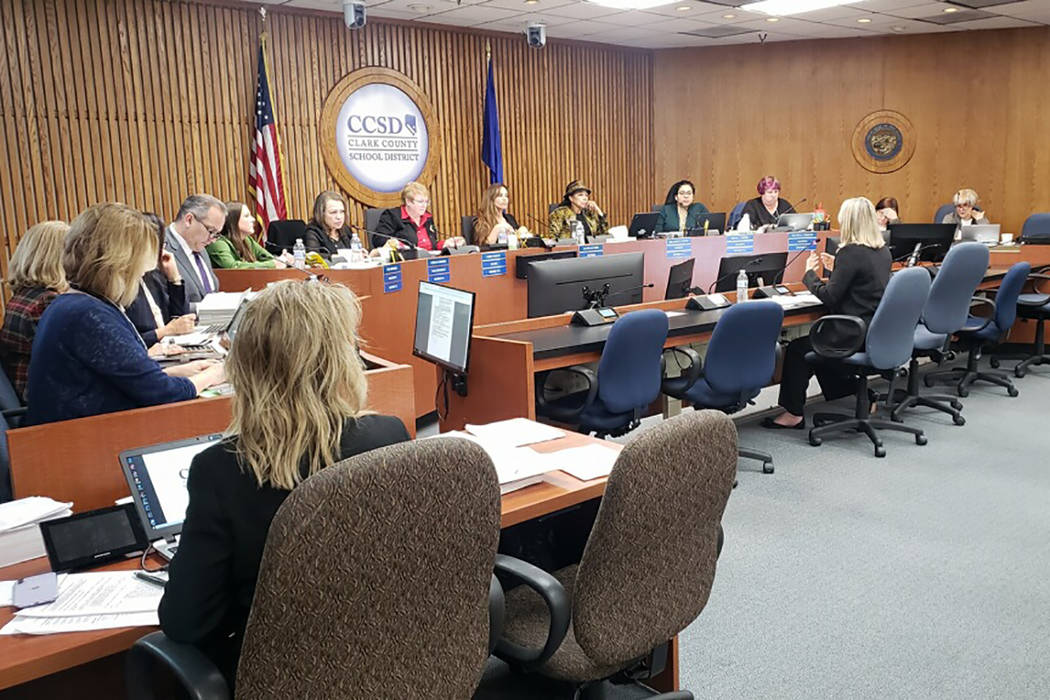 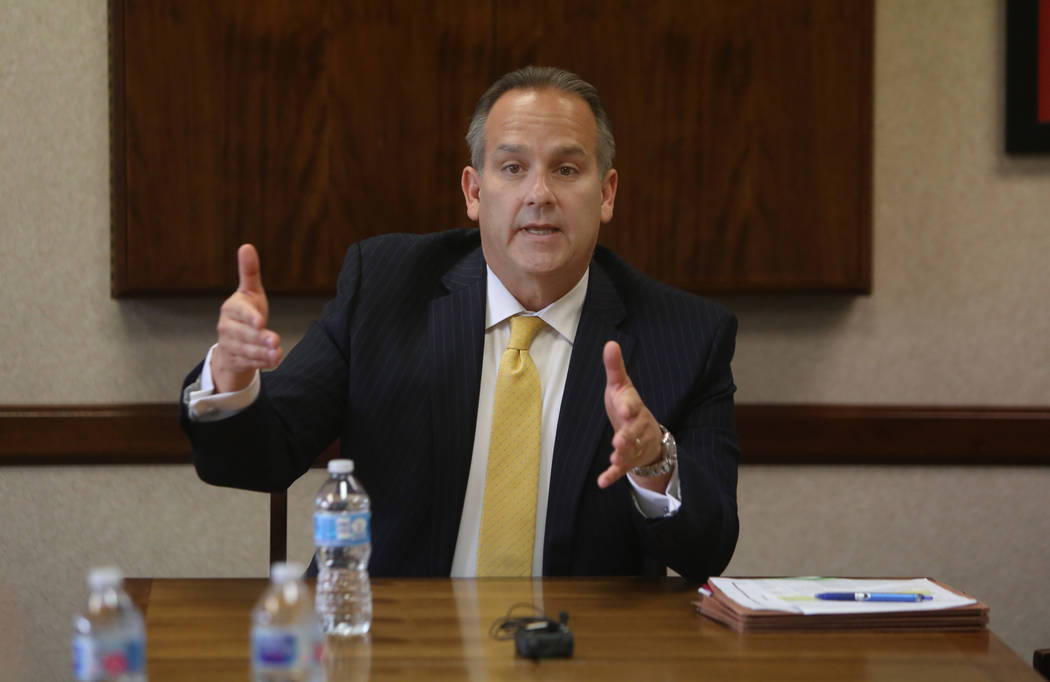 Superintendent Jesus Jara earned high marks for his focus on student success, but scored low for accountability and communication, as well as retaining and rewarding staff, in his first evaluation by the Clark County School District Board of Trustees.

Each trustee was asked to rate Jara on a scale of 1 to 4 in a series of characteristics meant to gauge how well the superintendent had led the district in his first 18 months on the job. The scores from all the trustees were then calculated into an average.

“This is a level of oversight I welcome,” Jara said before trustees discussed his evaluation. “I’m not afraid of being held accountable.”

Jara also completed a self-evaluation, which provided the basis of the evidence for the board to consider when making their ratings.

Across four categories, Jara scored highest for setting targets for student success, and for his focus on the board’s vision, which says all students should graduate prepared to succeed. In written commendations, board president Lola Brooks noted that Jara appears fully committed to the district even in times of adversity.

But Jara earned lower scores for how well he adhered to the district’s core values, which include “high expectations, accountability, equity, innovation, integrity, customer service and communication,” as well as for his commitment to attracting and retaining staff.

The board also prepared a self-evaluation in which trustees indicated they believed the board excelled at understanding the diverse and changing needs of students and schools.

But multiple trustees also said the board needed a better understanding of the difference between oversight and micromanagement, and that the use of personal attacks had gotten out of hand.

“It’s acceptable to disagree or even for split votes to occur — none of us benefit from personal attacks, including the person attacking,” Trustee Chris Garvey wrote in her portion of the self-evaluation.

A few members of the public addressed the board about Jara’s evaluation, but the public comment period was overwhelmed by Clark High School parents expressing their dissatisfaction with Principal Antonio Rael.

They claimed Rael’s decisions have created a hostile atmosphere that they say has led to the departure of teachers and other staff members. Jara said he’d hold a meeting with concerned parents on Monday.