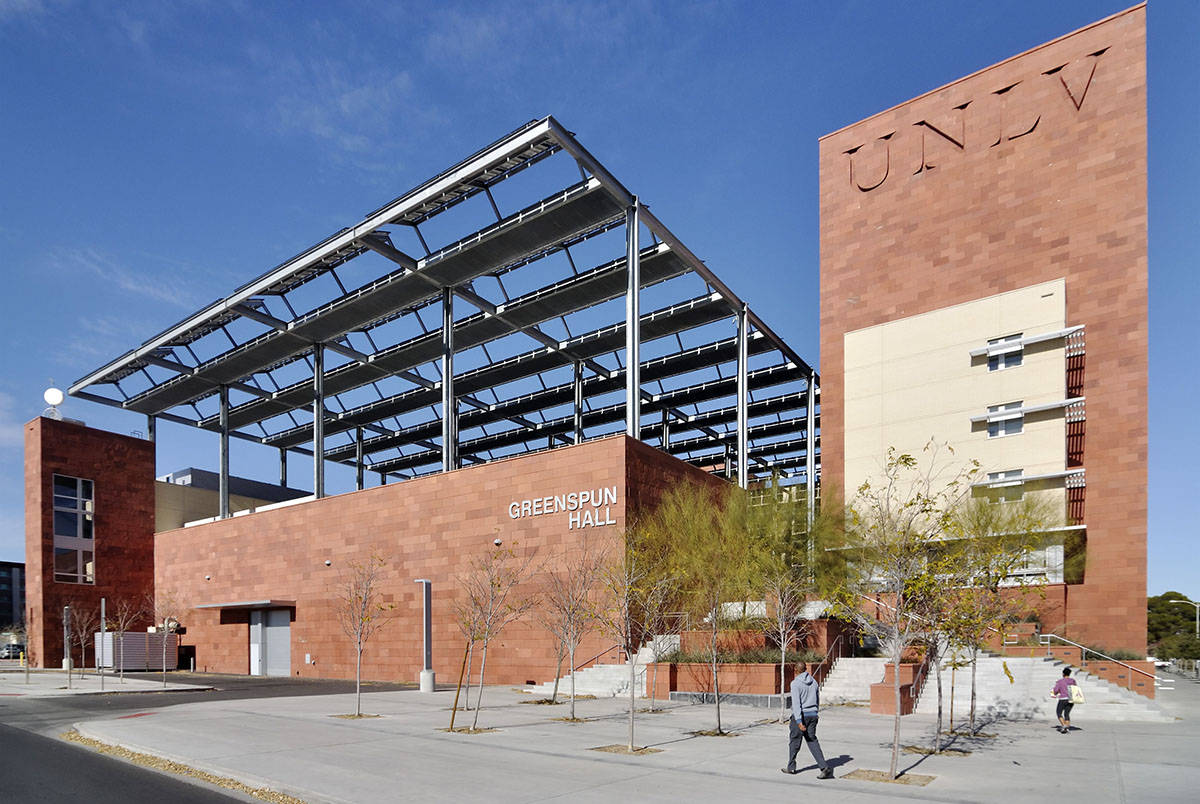 Laurents Bañuelos-Benitez can count on one hand how many teachers of color he had while growing up in east Las Vegas.

Now Bañuelos-Benitez, a teacher at Mojave High School in North Las Vegas, wants students to look at him and know he understands them on some level.

“I’ve made a conscious decision in my career that I’m not going to work in schools that are in the higher affluent neighborhoods,” he said during a Thursday night UNLV panel about education inequities. “I’m going to work in the neighborhoods I grew up in and work with those student populations.”

Bañuelos-Benitez participated in the hourlong discussion as part of the live panel series, “We Need To Talk: Conversations on Racism for a More Resilient Las Vegas.” Other panelists were Kenneth Brown, a teacher at Sierra Vista High School in Las Vegas and a 2020 Clark County School District new educator of the year; Iesha Jackson, assistant professor of teaching and learning at UNLV; and Kenneth Varner, associate professor of literacy education at UNLV.

The panel series, sponsored by UNLV Libraries and Greenspun College of Urban Affairs, resumed this month after its launch during fall semester.

Host Claytee White, director of the UNLV Oral History Research Center, posed the central question before the panel: “Brown versus Board of Education, that famous Supreme Court ruling that desegregated schools, happened 67 years ago. But why, then, are there still so many inequities in school systems?”

A lack of ‘deliberate speed’

White said that despite the ruling in 1954, schools where she grew up in North Carolina weren’t integrated until 1968, “so that wasn’t with a whole lot of deliberate speed.”

Varner said Brown v. Board of Education is often applauded, but it also replicated inequities.

And if you follow the money trail, “It actually privileged white people more than anything else,” he said.

Jackson and White are part of a team at UNLV awarded a research grant from the Branch Alliance for Educator Diversity for a study focusing on alternative route to licensure for teachers of color.

During the panel discussion, White asked if schools are doing enough to recruit teachers from underrepresented populations.

“I would say as long as we continue to see the disproportionality that we see, schools are not doing enough,” Jackson said.

About 70 percent of teachers in public schools are white and female, she said, citing 2018 data, while about 20 percent are Black or Latinx. Simultaneously, schools are becoming increasingly diverse in terms of their student population, she added.

“The student demographic is continually shifting and diversifying,” Varner said. “The teaching demographic isn’t changing at all.” But, he added, “Teachers of color are really important for all students, K-12.”

Research shows teachers from underrepresented backgrounds tend to have higher expectations for underrepresented students, Jackson said, and have an understanding that students are inherently capable and if they’re not succeeding, “What do we need to do to support that academic success?”

On the topic of school discipline, Black students make up about 15 percent of the school population but about 40 percent of contacts with police at school, Varner said.

Among students who are Black, Latinx or Asian/Pacific Islander, some of their engagement is cultural but is seen in a school setting as discipline issues, Jackson said. Teachers recruited from different backgrounds helps mitigate that, she added.

Getting more teachers in classrooms from underrepresented populations is a complex situation, in part, because of the “leaky pipeline,” Jackson said. “If students aren’t being successful K-12, they might not make it to college to get the degree and the licensure that’s required for them to enter the classroom.”

She said it requires looking systemically at the schooling situation and changing the perception around teaching. “How many young people do you meet that say, ‘I want to be a teacher when I grow up?’”

Bañuelos said he dreamed as a child of having a house, car and being able to help his family. “Teaching gave me that.”

Brown, a 2004 Rancho High School alumnus, said he found joy as a teacher.

“My classroom is my happy space,” he said.