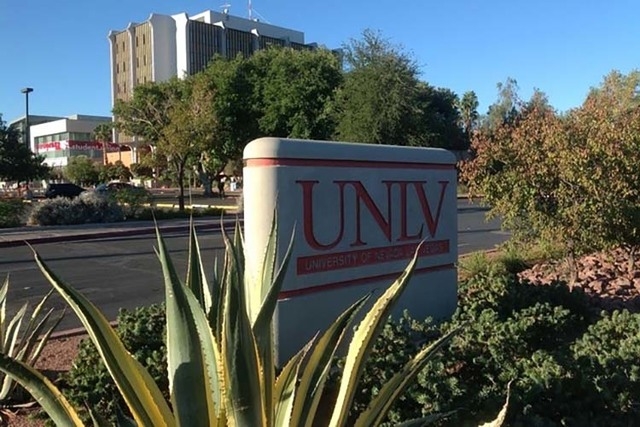 The Maryland Parkway entrance to UNLV is shown in this August, 2013, file photo. (Las Vegas Review-Journal)

A UNLV junior majoring in education has been awarded the prestigious Harry S. Truman Scholarship, making her the school’s sixth student to win the accolade.

Hannah Kelley, 21, is one of 54 students nationwide to earn the accolade this year. The $30,000 award, named after the nation’s 33rd president, aims to recognize college students with “exceptional leadership potential” who want to work in the public sector.

In addition to the scholarship — which is reserved for graduate school costs — recipients get help developing a 15-year plan to prepare for careers in public service.

After completing her bachelor’s degree in education, Kelley hopes to become a teacher in Southern Nevada. An honors student at UNLV, Kelley plans to be the first in her family to graduate from college.

“I want to start out as a teacher in the Clark County School District — the community that literally gave me everything I have,” she said in a prepared statement.

A record number of 775 scholarship candidates from 305 colleges applied in 2016. The 54 winners will get their awards during a ceremony at the Harry S. Truman Presidential Library and Museum on May 29 in Independence, Missouri.

The last Truman winner from UNLV was Daniel Waqar in 2015. He was then a junior history major with plans to attend Georgetown University for a master’s degree in foreign service, with a concentration in global politics and security.

Kelley is the fourth UNLV student to receive the award since 2008. Before then, the most recent UNLV recipient was Martin Dean Dupalo in 1987, who later earned a master’s degree from Carnegie Mellon University in public management and taught political science at UNLV.