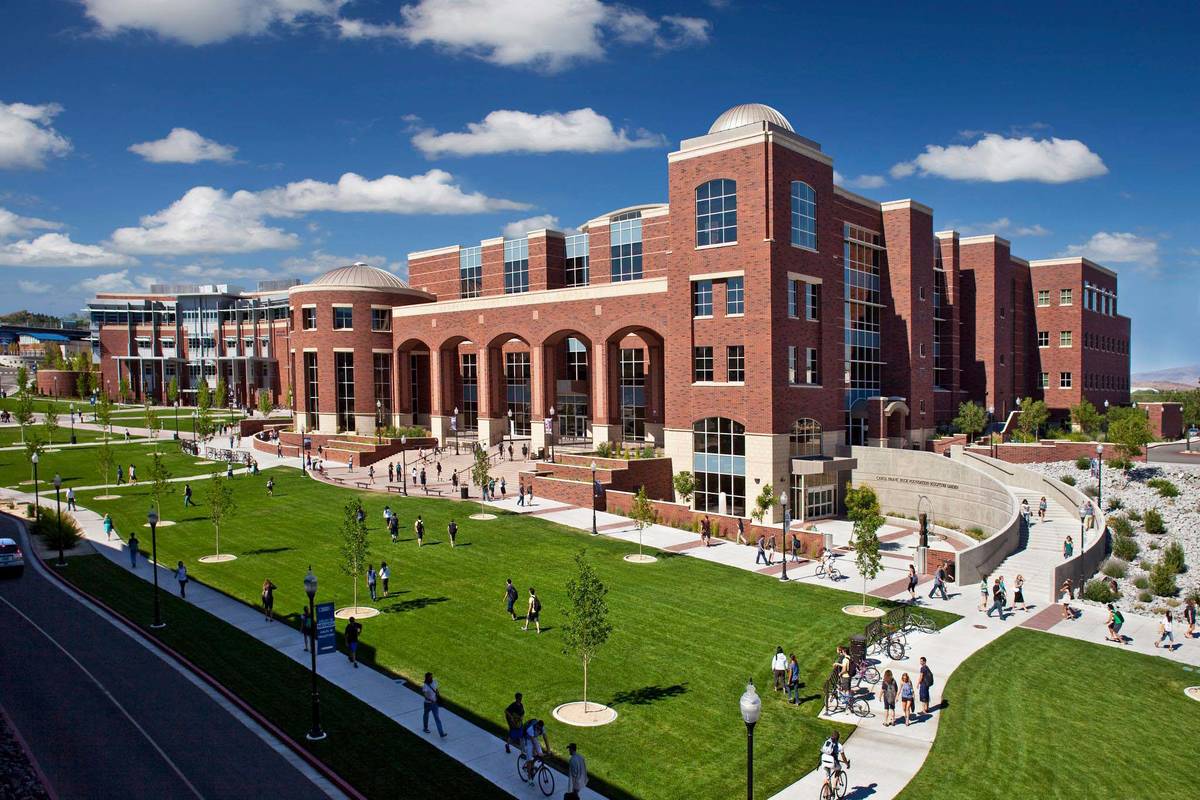 Adam Kerr set out hoping for 1,000 signatures on his petition that asks the University of Nevada, Reno to fire and expel Peter Cvjetanovic for his participation in Friday’s white nationalist rally in Charlottesville, Virginia.

“I initially started the petition on Sunday evening, when the school had gone nearly 24 hours without mentioning what consequences Peter would face, as well as what they would do to prevent such incidents in the future,” Kerr, 27, of San Francisco, said in an email.

A photo of Cvjetanovic at a Friday night “Unite the Right” rally in Charlottesville went viral online, throwing him into a national spotlight and prompting a torrent of social media posts calling for his expulsion. A day later, at a different Charlottesville rally, 20-year-old Ohio resident James Alex Fields Jr. allegedly drove into a crowd of protesters. Heather Heyer, 32, was killed; 19 people were injured.

UNR President Marc Johnson has since said there is no “constitutional or legal reason” to expel Cvjetanovic or to terminate his employment. The university maintained this stance Tuesday, even as the petition posted on change.org continued to gain traction.

“The university is aware of the petition and we continue to monitor the situation,” spokeswoman Kerri Garcia said in an email.

Garcia also said the university’s position would be no different had the petition been started by a member of its own student body. Kerr said he is a graduate student at another school, but would not name the school.

Kevin Page, chairman of the state Board of Regents, also said Cvjetanovic’s status at UNR would not be affected no matter how many people sign the petition.

“UNR police looked at it — he wasn’t arrested, he didn’t break any laws,” Page said. “We don’t have any right to terminate him. Expression of free speech is protected in the country. We don’t like what he said, but that’s what makes this country so great — people can have the right to say what they want.”

Joe Cohn, legislative and policy director for the Foundation for Individual Rights in Education, said terminating Cvjetanovic would be applicable only if his actions would undermine his job duties.

“If you were hired to be in charge of the anti-discrimination office, and you hate people of any particular group and don’t plan on helping them, then that’s different because it’s tied to their job,” Cohn said. “It would not be true of students working in the cafeteria or the library.”

Employment attorney Andrew Rempfer disagreed, saying that an employee checks his constitutional rights at the door of his job, and that employees can be terminated for off-duty conduct.

“I’m frankly surprised they haven’t fired him,” Rempfer said. “If it were my paralegal who went off site and was at an active rally like that, I’d fire her in a heartbeat. It’s off-duty conduct that besmirches what I do.”

Cohn said there’s no gray area when it comes to Cvjetanovic’s status as a student.

“The Constitution does not allow a public university to crack down on unpopular views,” Cohn said, adding that it’s refreshing to see UNR is not bending to political pressure.

Nonetheless, Kerr’s petition is asking the university to take action for “moral reasons.”

“UNR is siding with someone who holds enough hate in his heart to fly from Nevada to Virginia to aggressively march with the (Ku Klux Klan) and neo-Nazis,” Kerr said in an email. “Institutions of higher learning should practice what they preach and act in accordance with their code of conduct. No one can feel safe on campus until they do.”

Efforts to reach Cvjetanovic by phone and email were unsuccessful.