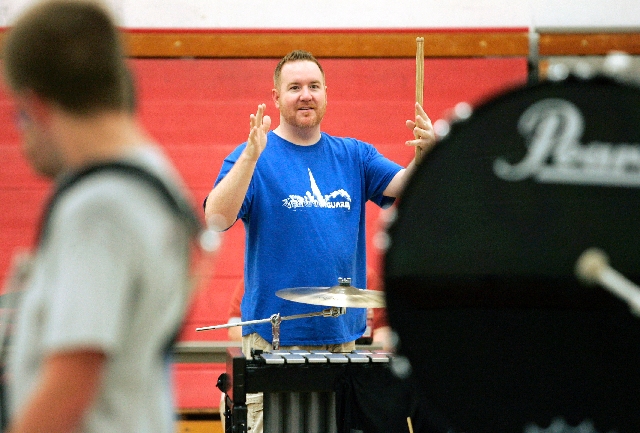 Brian Howerton directs the Vegas Vanguard Percussion at UNLV on April 12. The team won the silver medal at the World Championships in Dayton, Ohio, on Friday. 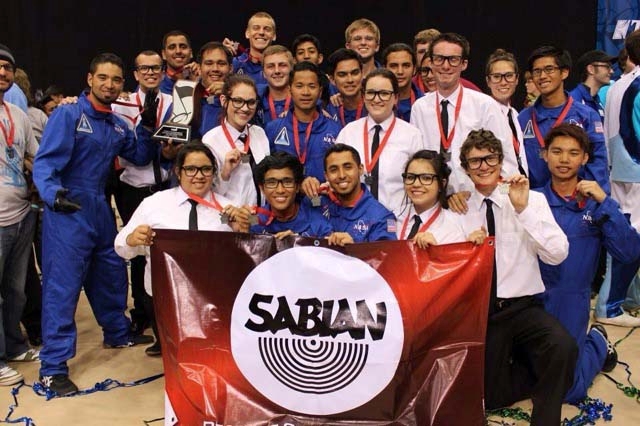 “Thank God it’s not third,” the coach thought to himself after the competition in Dayton, Ohio.

Each team is allowed to use synthesizers and video projectors to augment their percussion instruments in themed performances. The rules are few. But they must get all of the equipment and musicians on and off the stage in nine minutes.

In front of about 4,000 people Friday, Vegas Vanguard broke free of its bronze streak, taking silver and missing gold by 2 points, scoring 93.5 out of 100.

The team’s show, “Ascend,” chronicled the tragedy of the 1986 space shuttle Challenger explosion, opening with the audio recording of the systems check between Houston and the shuttle before takeoff, which NASA provided to Howerton with replica astronaut jumpsuits.

“Silver is never something to hang our heads about,” Howerton told his team after the award ceremony.

Leaders of Winter Guard International, organizer of the championships, told Howerton the same thing. The young team has competed at the world championships three years and won medals every time. In the competition’s quarter-century run, that is unheard of for a rookie team, Howerton said.

“We are fortunate to learn and medal at the same time,” he said. “It makes us push harder.”