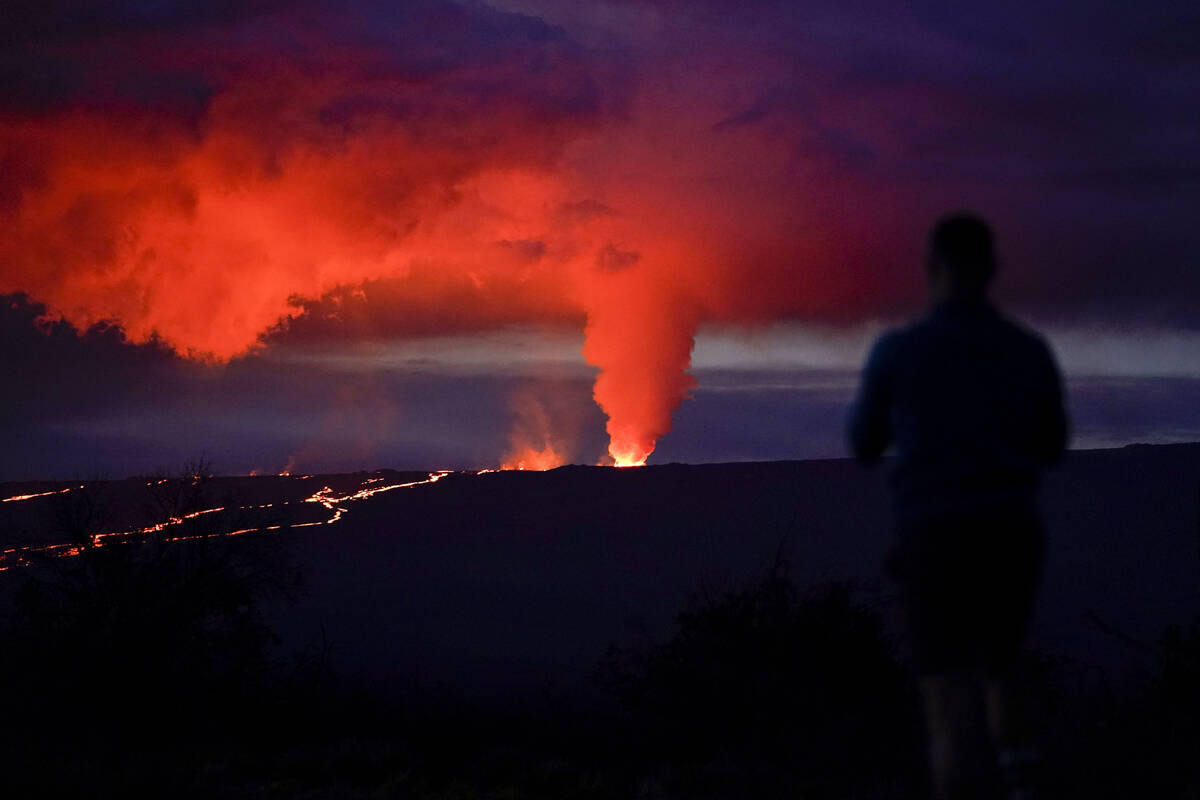 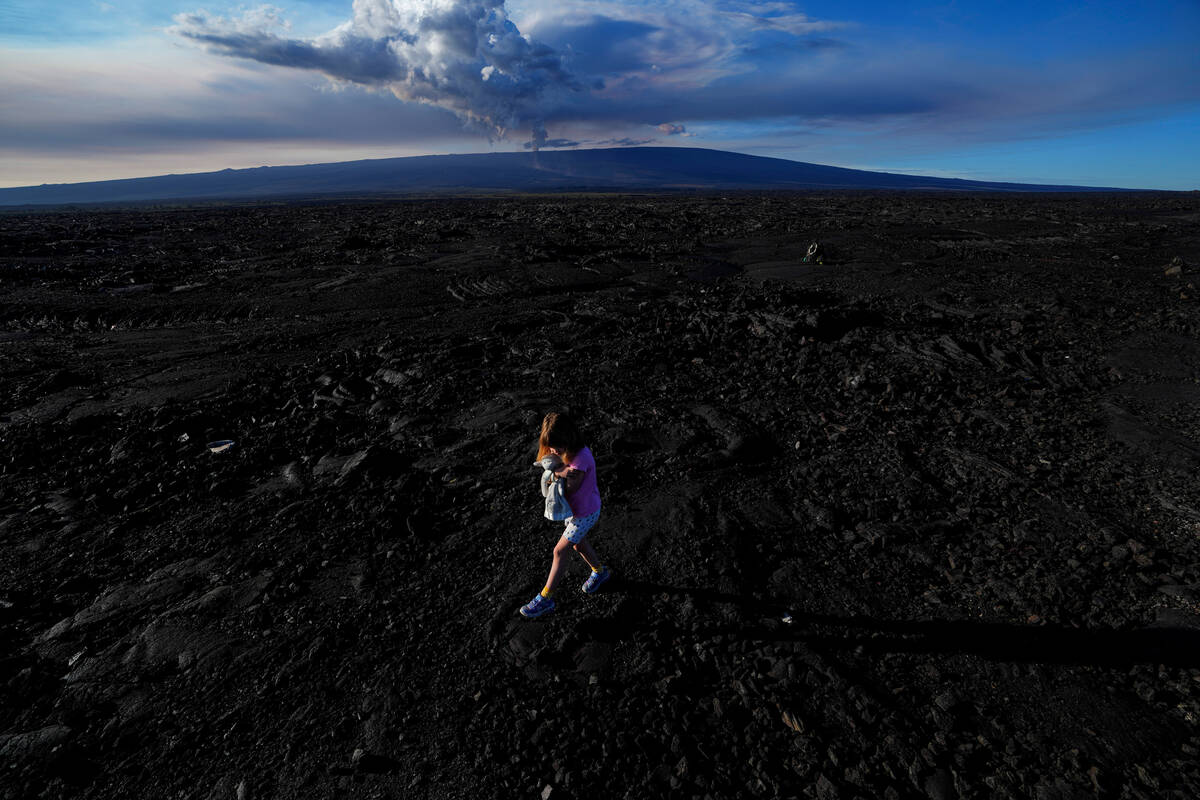 Abigail Dewar, of Alberta, Canada, holds a stuffed animal as she walks over hardened lava rock from a previous eruption as the Mauna Loa volcano erupts, behind, Wednesday, Nov. 30, 2022, near Hilo, Hawaii. (AP Photo/Gregory Bull)

To the Las Vegas Valley’s 50,000-strong Hawaiian community, the historic volcanic activity on the Big Island is cause for reflection and, of course, concern for their family and friends back home.

“It’s fascinating to see her in her glory. It’s just beautiful, right? Especially at night,” said Doreen M. Hall, the president of the Las Vegas Hawaiian Civic Club. “Her fire and her flames are amazing for us native Hawaiians. It really puts us deeper into our culture. On the other side, we’re scared.”

As Mauna Loa, the world’s largest active volcano, erupted for the first time in 38 years on Sunday, local Hawaiians were celebrating the eve of the Nov. 28 Hawaiian Independence Day.

That is significant and meaningful, Hall said.

Pele, the goddess of fire and volcanoes, is sending a message that things need to change in Hawaii. On the archipelago of the eight major islands, many native Hawaiians are being priced out of their own homeland by visitors and investors who are buying property. Houses on average cost $1.6 million, while the median local income is much lower than that.

As a result, native Hawaiians continue to move to the U.S. mainland. Clark County is home to one of the largest number of Native Hawaiians and other Pacific Islanders in the U.S. outside Honolulu, according to the 2020 census.

“She erupted on a very specific day,” Hall said. “It’s saying that she will take back our nation.”

Meanwhile, The Associated Press reported, Abel Brown, a visitor to Hawaii from Las Vegas, was part of the flock of visitors who converged on a Hawaiian highway to watch the spectacle.

“There’s a lot of fear and trepidation if you get really close to it,” Brown said. “The closer you get, the more powerful it is and the more scary it is.”

Mauna Loa isn’t even the only volcano currently erupting on the Big Island. Kilauea is also erupting.

“Two volcanoes, Kilauea and Mauna Loa, are erupting side by side for the first time since 1984,” the National Park Service said in an online guide to eruption viewing.

Hall said the ash cloud that is likely to result has her concerned about one of her daughters who lives on the island of Oahu and who suffers from asthma.

Misty Perry, 45, who was born and raised on the island of Maui in a small community called Hana, moved to Las Vegas in 1996. She said the goddess Pele is reclaiming her land again. 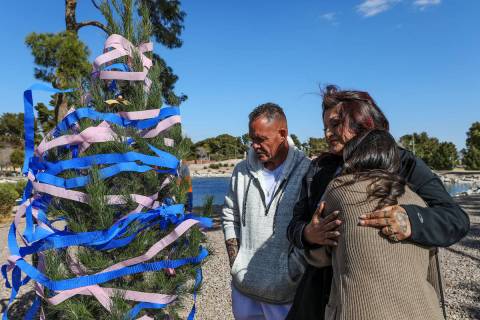