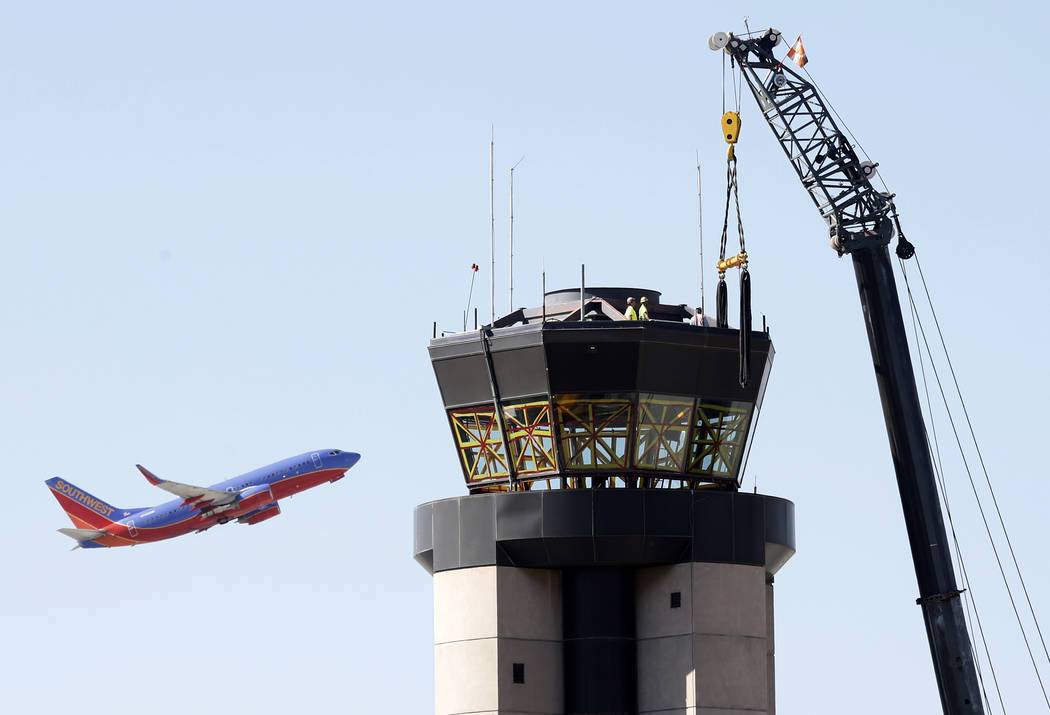 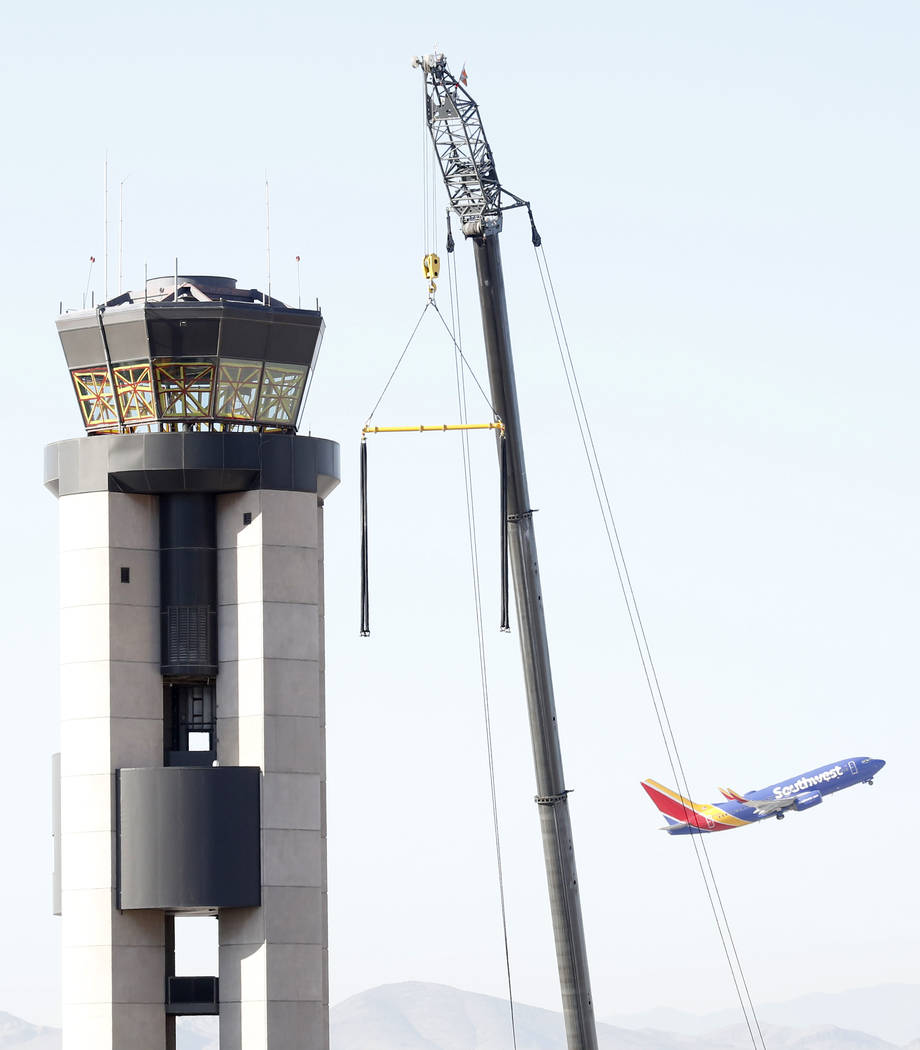 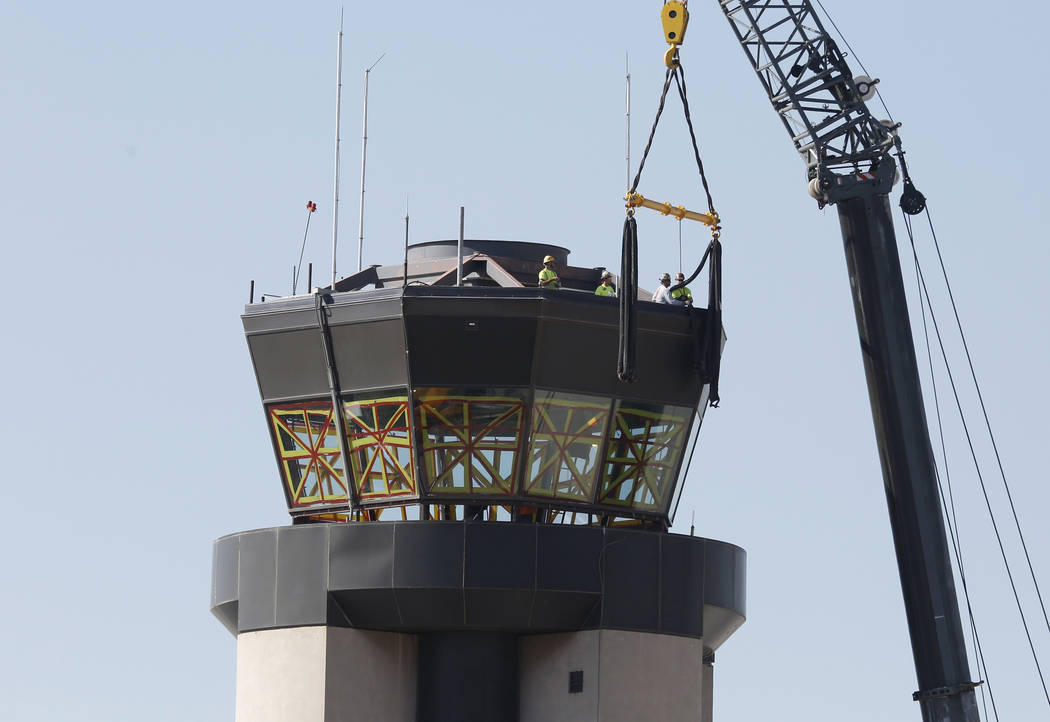 Work will resume early Friday, when a crane is scheduled to carefully lift a 525-square-foot cab from the top of the tower where controllers previously kept watch over aircraft departing and arriving Las Vegas.

Preparation work was scheduled to start Tuesday afternoon, but strong winds kept crews from moving forward. The demolition crew gathered again at 6 a.m. Wednesday to separate the former controller’s can from the top of the tower. The crane’s boom was raised and lowered several times until the project was called off around noon.

Crews started scraping the inside of the old tower in March. Once the cab is lifted, the tower’s exterior will be carefully torn down, piece-by-piece, through August.

After construction clears, the tower’s 13,740-square-foot base building will be converted into office space for Clark County’s Department of Aviation, airport officials said.