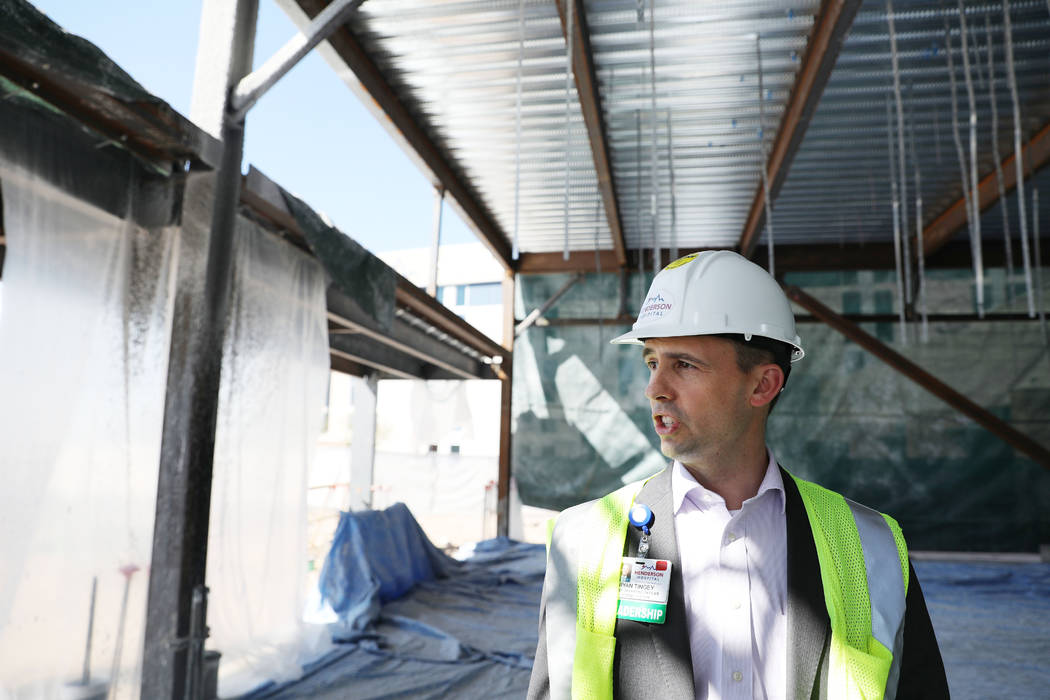 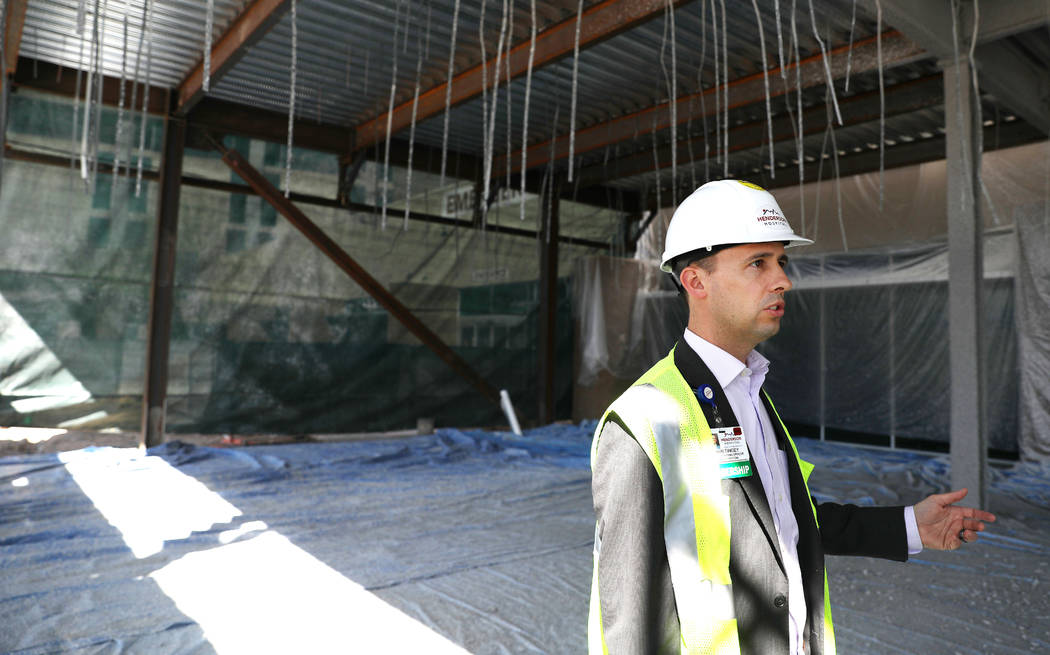 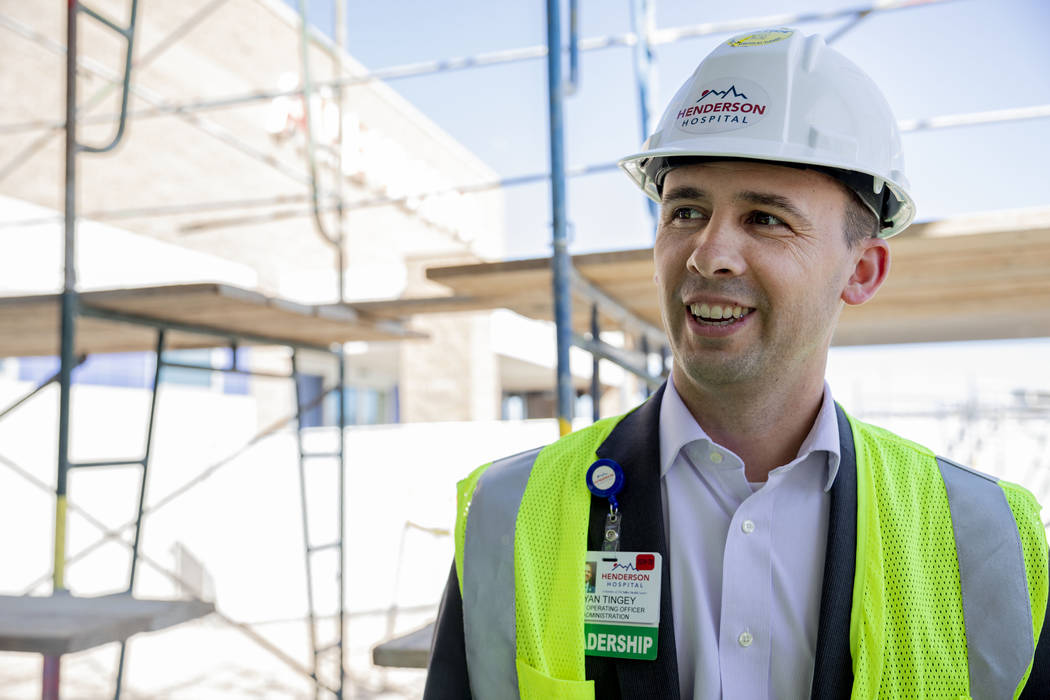 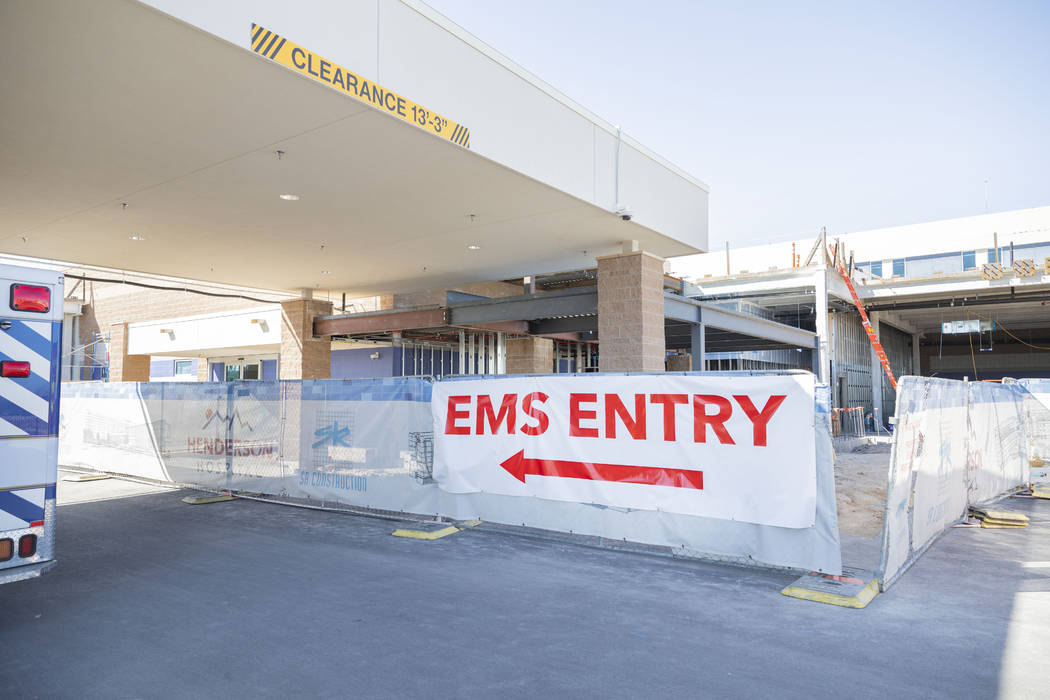 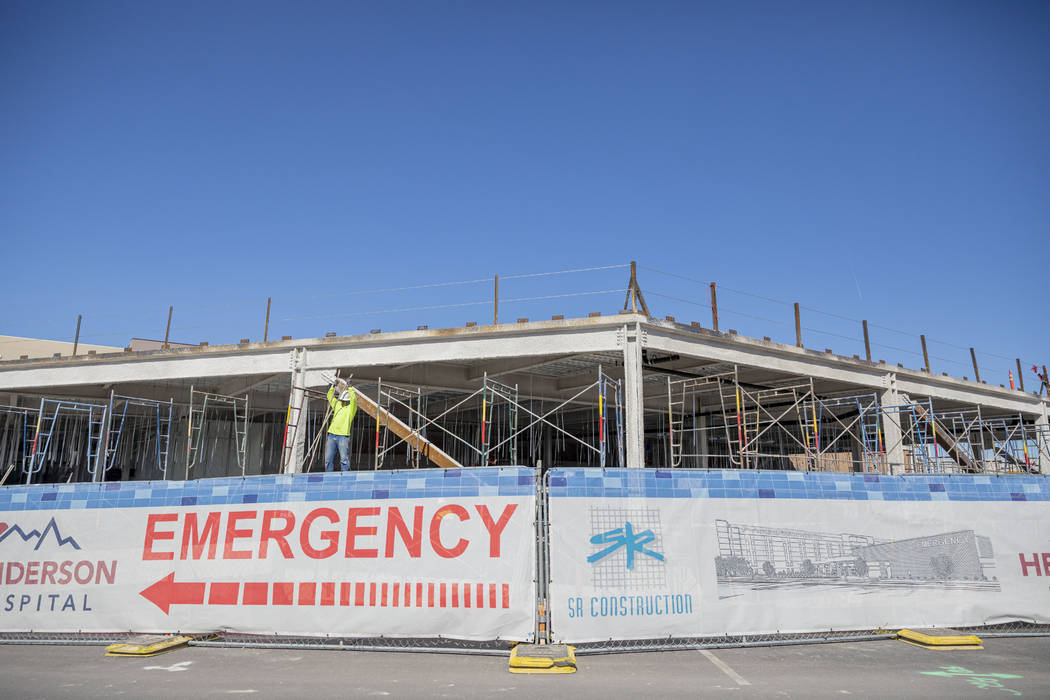 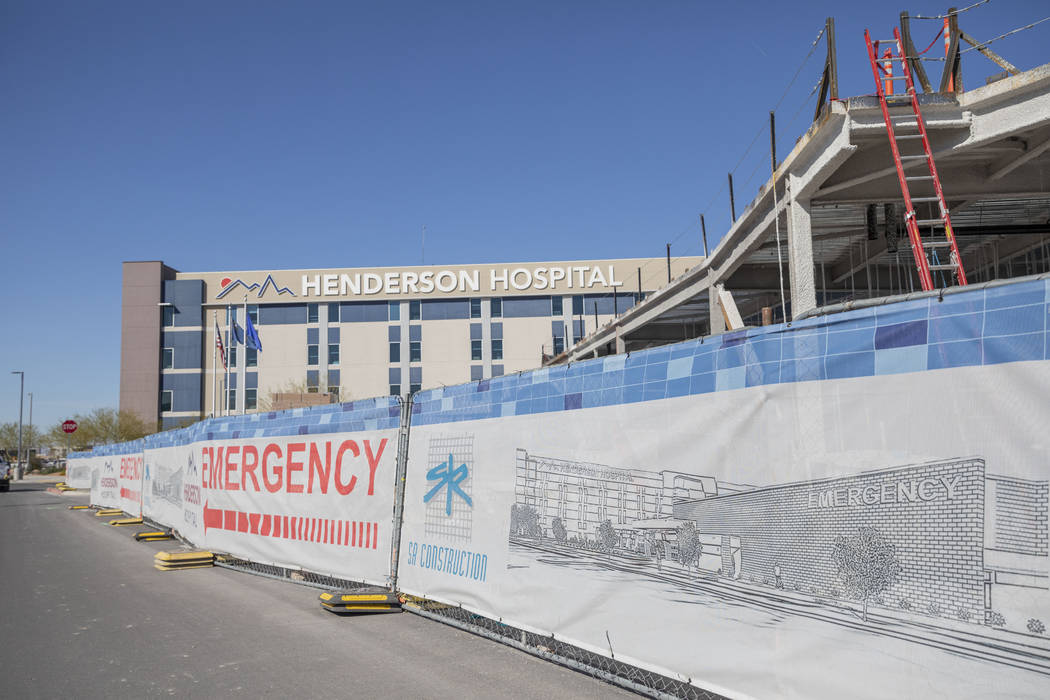 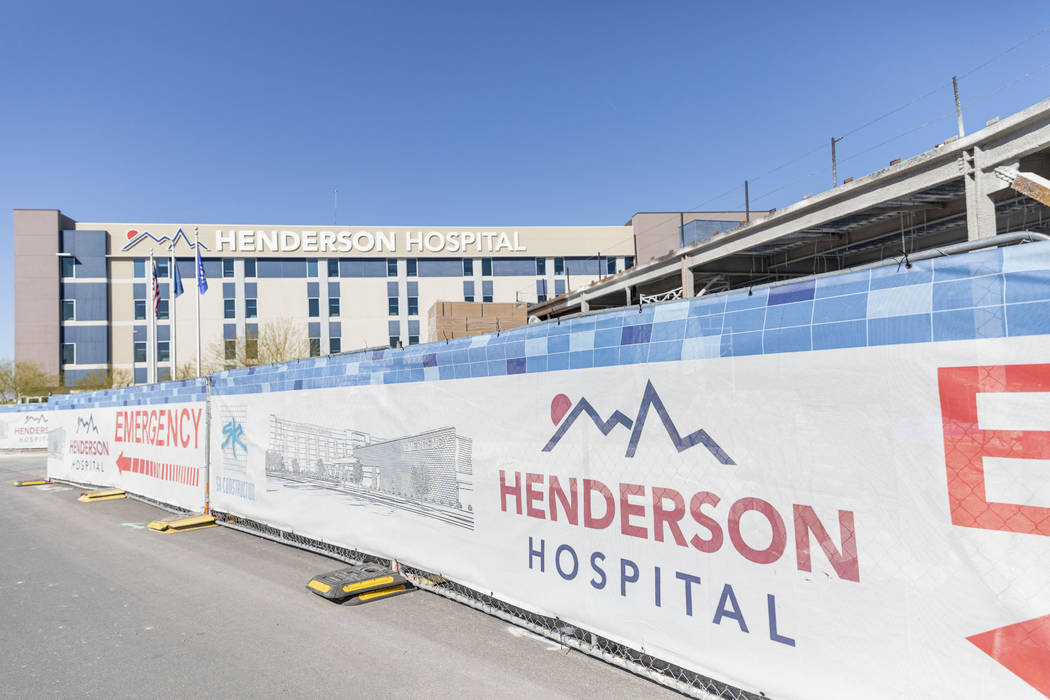 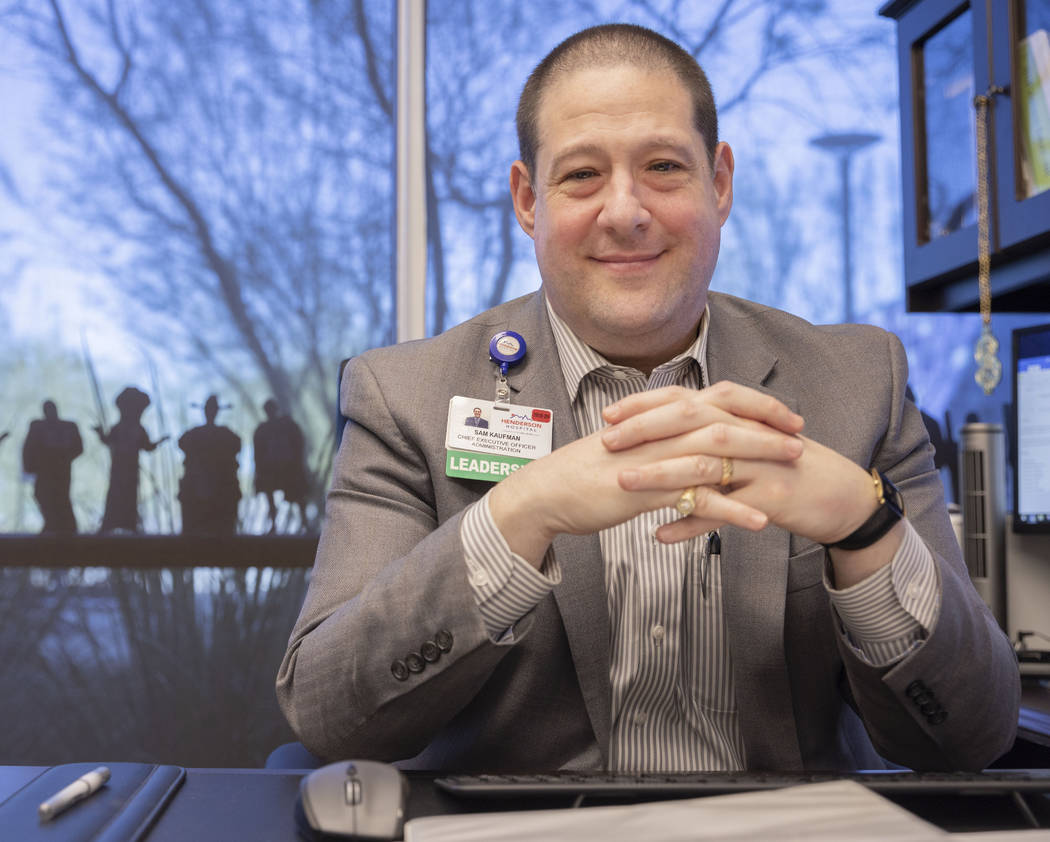 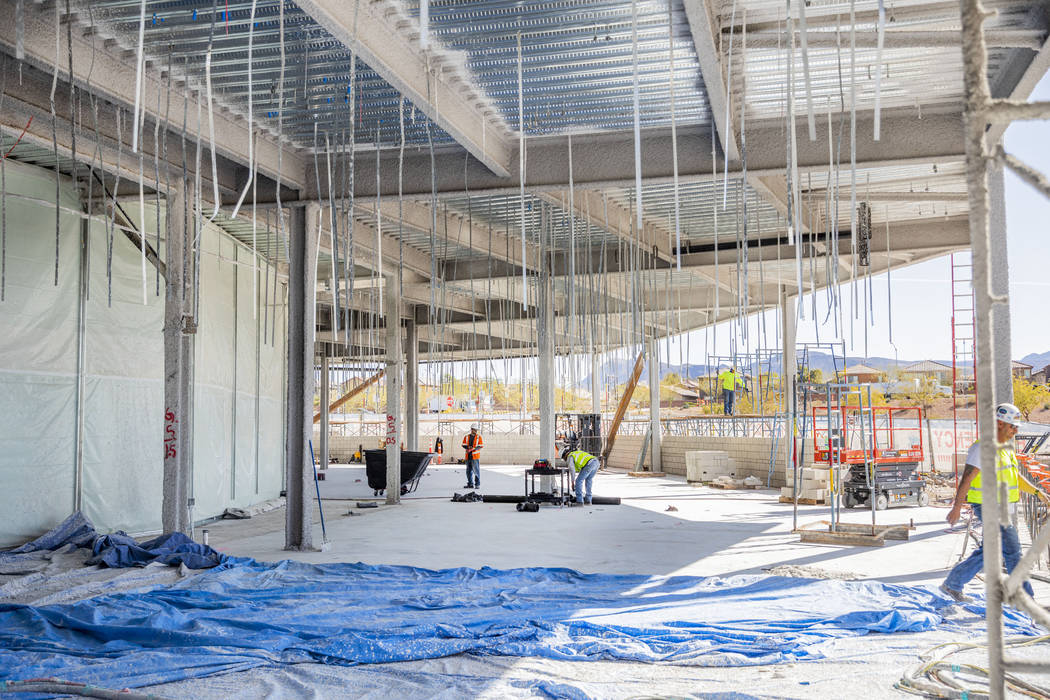 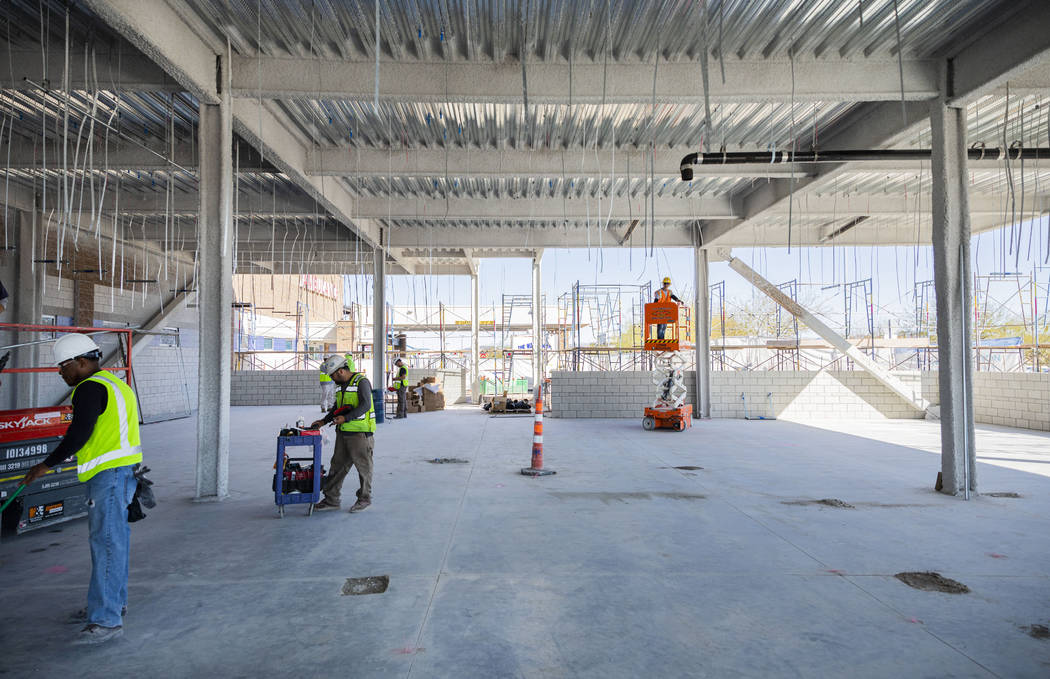 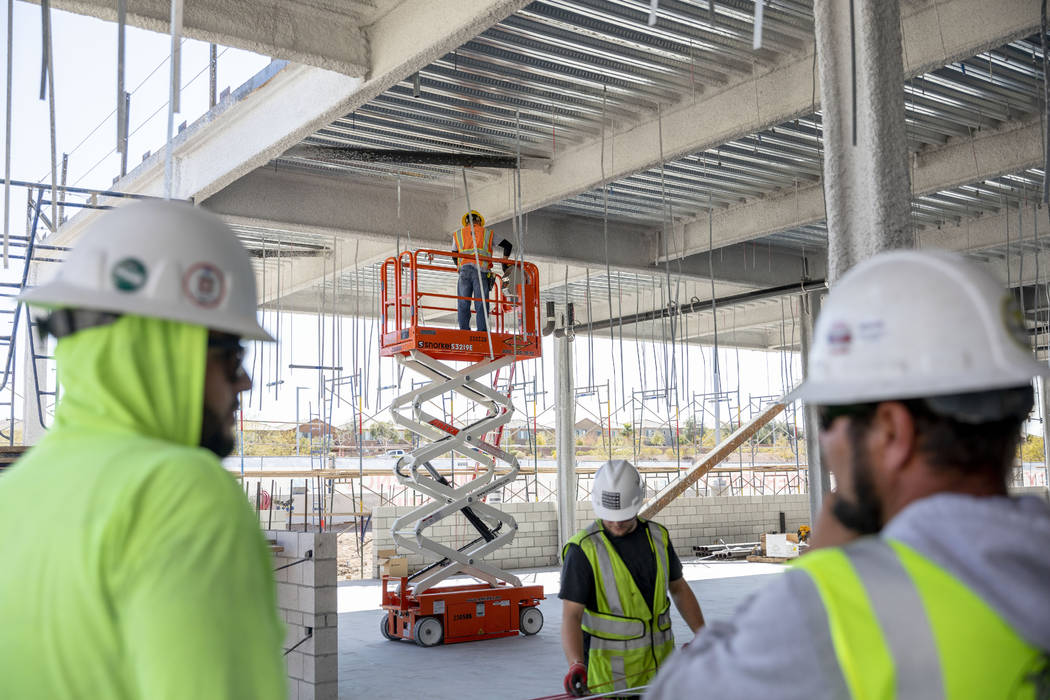 Henderson Hospital is only 3 years old, but its 170 beds are regularly full, and that makes it tough to find space when a patient is admitted.

To help alleviate that issue and keep up with growth in patient numbers, construction is underway on a $24 million expansion project. It’s slated for completion by late summer.

The hospital has already expanded since it opened, but “we’re challenged with capacity,” Chief Operating Officer Ryan Tingey told the Las Vegas Review-Journal during a March 4 tour of the expansion project construction site.

The $24 million expansion is phase I of a larger project. Phase II will cost about $168 million and will include a six-story patient tower — adding about 150 beds to the hospital — and three-story parking structure.

A groundbreaking ceremony for the patient tower will likely happen in a few weeks. And hospital officials aren’t sure when construction will begin on the parking structure or when it could open.

The approximately 175,000-square-foot patient tower is slated to open in late 2021. It will bring Henderson Hospital’s bed count to 320.

Henderson Hospital was built so it could be expanded as the city grows, CEO Sam Kaufman said during a recent interview. But hospital officials, he added, didn’t anticipate just how quickly that would happen.

“We have quickly outgrown the hospital in three years,” he said.

Kaufman pointed to the hospital’s reputation, including recent distinctions such being named a “Top General Hospital” for a second year and receiving its third “A” hospital safety grade — both by The Leapfrog Group, a national health care watchdog.

Phase I of the expansion

The 25-bed observation unit is for patients who are in “observation status,” meaning their condition is being monitored or they need additional evaluation — typically, for a day or two — before they’re either discharged or admitted to the hospital.

“Right now, these patients are all over the hospital,” Tingey said.

Once the observation unit is up and running, it will free up emergency department beds for “incoming and emergent patients,” Valley Health System spokeswoman Gretchen Papez wrote in a Feb. 25 email to the Review-Journal.

In addition to the observation unit, the expansion project includes space for three more operating rooms. There are six currently.

There’s no timeline for when the new operating rooms will be fully built because that depends on “when volume dictates,” Kaufman said.

Phase I of the expansion also includes adding a second CT scanner. Once the project is completed, “when time is critical, it shortens the time we can get them in the CT,” Tingey said.

Here’s a look at other recent and upcoming changes at Henderson Hospital:

Within the past six months, Henderson opened a cardiac catheterization lab. It opened two additional operating rooms in December.

The hospital’s NICU is on track to be designated at Level III in about five weeks, Kaufman said. That means it will be able to treat premature infants before 32 weeks’ gestation.

Currently, the hospital has a Level II NICU, meaning it can care for infants at 32 weeks or after, but those born earlier are transferred to a different hospital.

In the future, the hospital is looking to add neurosurgery capabilities, Kaufman said.