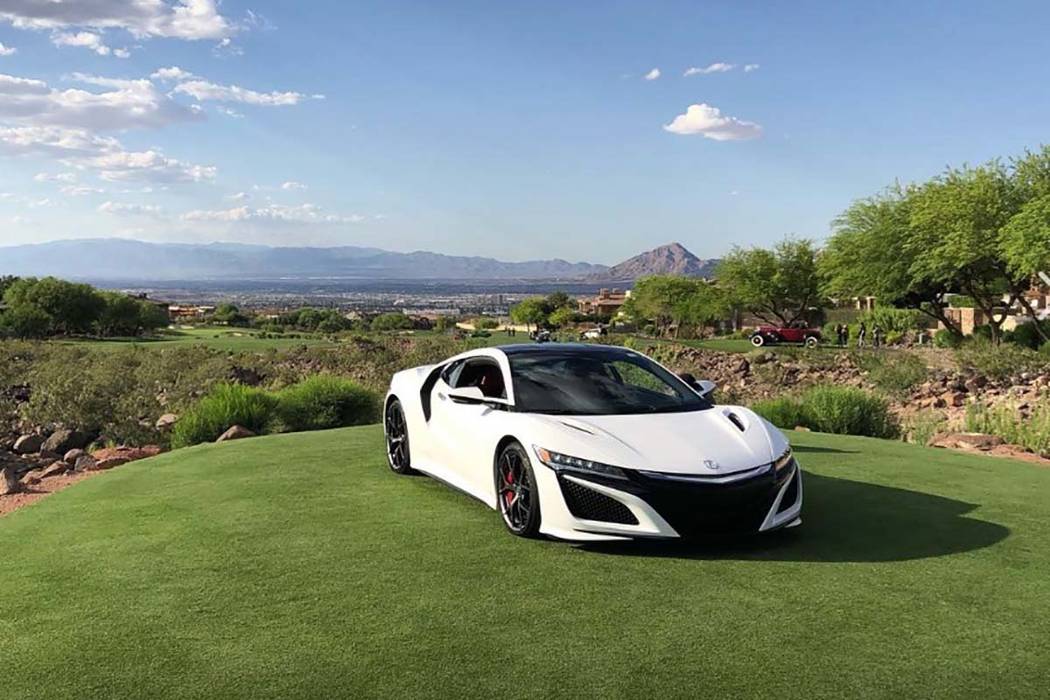 About 140 rare and award-winning vehicles will be on display around the 18th hole Saturday at the DragonRidge Country Club in Henderson. (Facebook)

The Las Vegas Concours d’Elegance makes its debut Saturday at the DragonRidge Country Club in Henderson.

The event is expected to showcase roughly 140 rare and award-winning vehicles near the 18th hole of the Henderson country club’s golf course on Saturday, and car aficionados can head to the Las Vegas Strip to see the vehicles can cruise down the boulevard on Sunday.

Concours d’ Elegance, a French term meaning competition of elegance, is a show highlighting the pristine classic or vintage vehicles — the most well-known version is Pebble Beach Concours d’Elegance along the Central Coast of California. The event dates back to 17th-century France, when aristocrats would display their horse-drawn carriages, organizers said.

Stuart Sobek, the Las Vegas event’s founder and chairman, said he got the idea to create a local show two years ago while attending the Pebble Beach event.

Attendees will get to view unique cars — some that organizers say never before been seen in Las Vegas — as the autos compete for the Helene Award, named after the first female automotive designer Helene Rother, whose face is reflected in the event’s logo.

“We have a 1903 Cadillac, the very first year for the Cadillac, and right next to it we have the 2020 Cadillac,” Sobek said. “So, we’re telling stories. We have everything from old cars, new cars, fast cars, sports cars. There’s something for everybody.”

This year’s marquee car is the 1938 Phantom Corsair, on loan from the National Automobile Museum in Reno. Another car on display will be a 1938 Mercedes-Benz 540K, one of only three cars known to have coachwork by Swedish coach builder Norrmalm.

There will also be sculptures by contemporary artist Richard MacDonald on display and home tours in the MacDonald Highlands during the car show.

The event kicks off Friday with an opening night gala at the Frank Gehry-designed Keep Memory Alive Event Center. The car show takes place at DragonRidge on Saturday. The drive down the Las Vegas Strip, dubbed Tour d’Elegance, takes place at 8 a.m. Sunday. There will also be an invitation-only golf tournament on Sunday.

General admission tickets for the car show are $100 and only available for purchase online while the Tour d’Elegance is free.

Sobek said he has attended car shows such as the Concours d’Elegance for more than 30 years, but this was the first time he’s tried to plan one.

The car collector and former Silicon Valley commercial real estate developer said it took two years to organize and the biggest hurdle was finding collectors willing to present their cars at the show.

“The hardest part was getting people on board to buy into a dream that I could only describe to them,” Sobek said. “There’s one guy coming from Pennsylvania and he’s bringing three cars. It’s probably going to cost him $15,000 so he wants to know (I’m) legit. (Collectors) want to be part of something that’s real and serious. .”

Sobek said it helped to land some of the industry’s top judges. This year’s judging will be led by John Carlson, who served as the chief class judge at Pebble Beach and serves as a permanent chief judge at Hilton Head Concours, Arizona Concours, Cobble Beach Concours, among others.

Word has spread so quickly that Sobek said he’s already preparing for next year’s show.

“Now, I can’t turn off the faucet,” he said. “I haven’t even done a show yet and I’ve already got 10 cars signed up for next year because I couldn’t take them this year so it’s really exciting.”