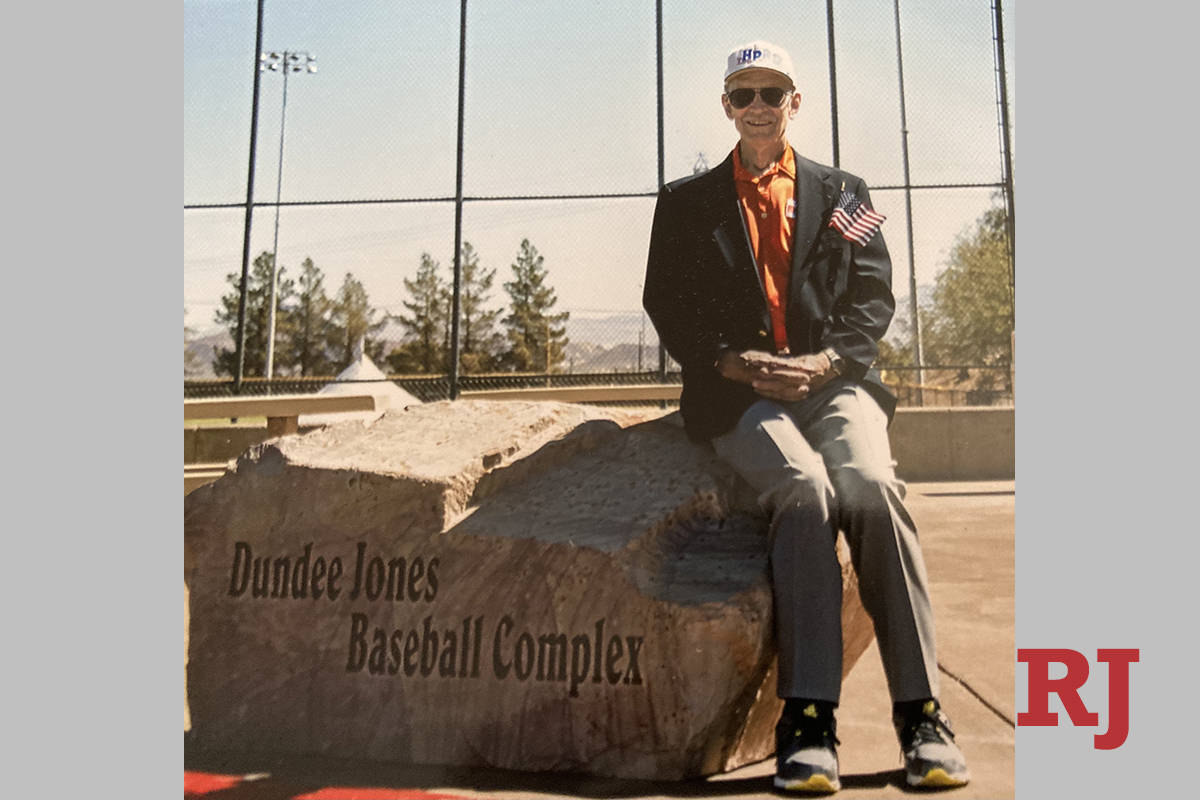 The Burkholder Park baseball fields in Henderson were officially named the Dundee Jones Baseball Complex in 2017. (The Jones family) 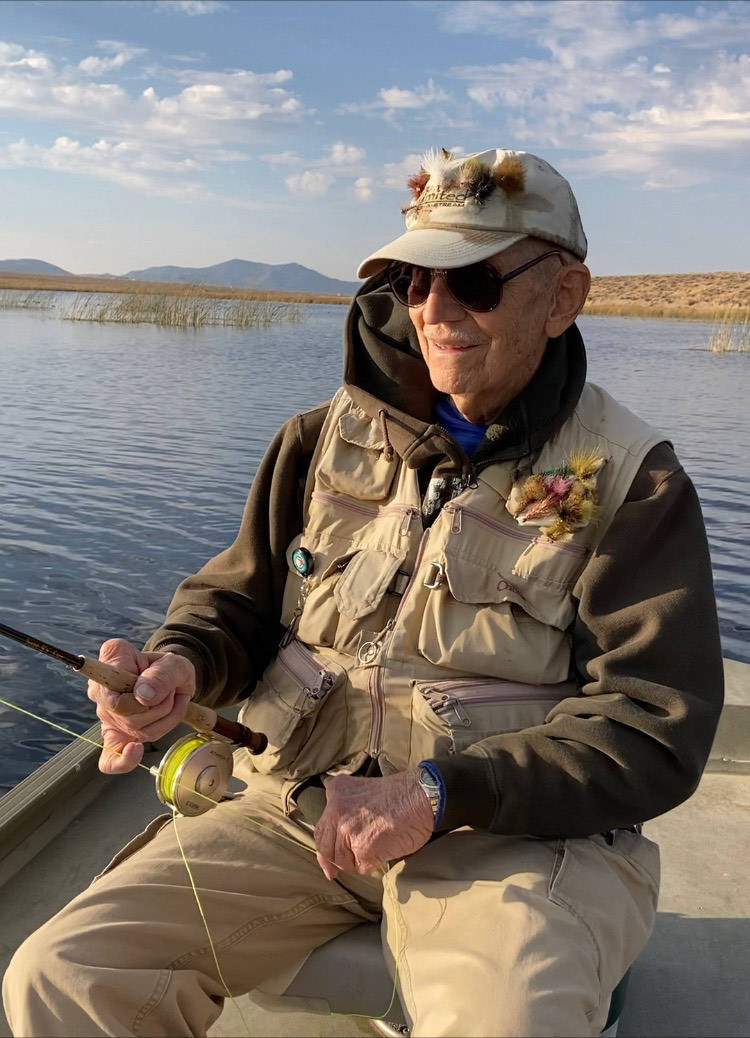 Dundee Jones, Henderson's first parks and recreation director, was an avid fisherman. He died this month at 83. (The Jones family) 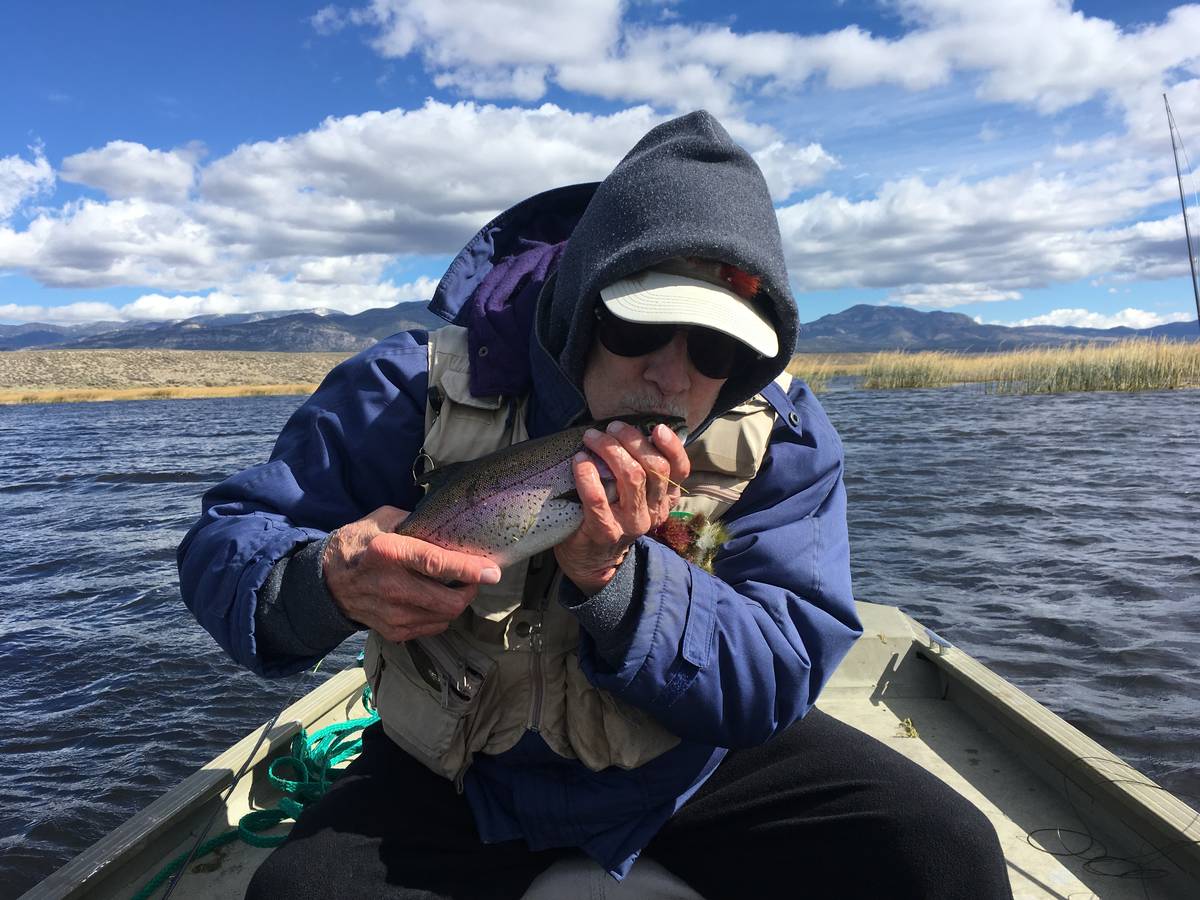 Dundee Jones released every fish he caught in his later years, but not before giving his catch a kiss. (The Jones family) 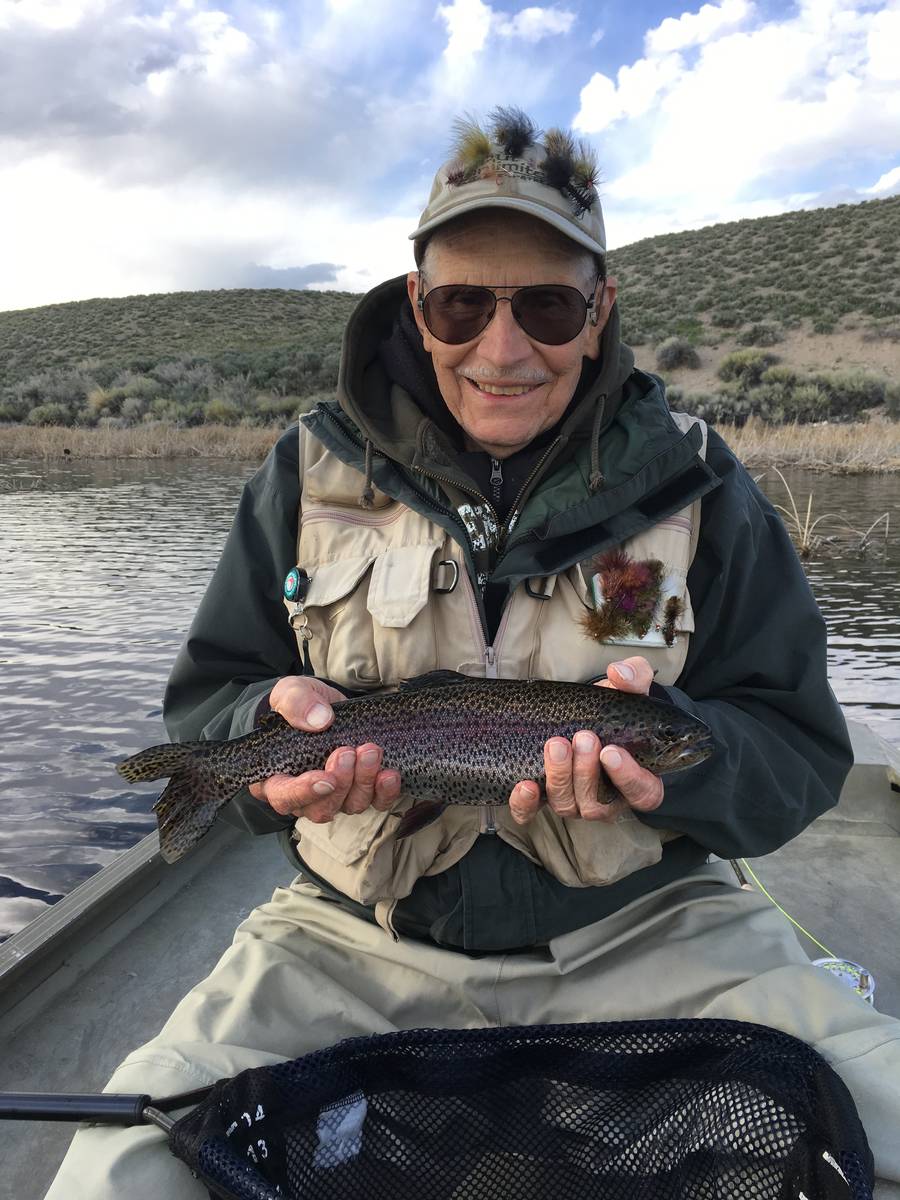 Dundee Jones, Henderson's first parks and recreation director, was an avid fisherman. He died this month at 83. (The Jones family)

Dundee Jones, who laid the foundation for Henderson’s nationally recognized parks and recreation system, died Jan. 12 of complications from COVID-19. He was 83.

As the city’s first parks and recreation director, he pushed for land to be set aside for recreation. Henderson is now home to dozens of parks.

“I was very proud of him,” said Sally Jones, his wife of 59 years. “He fought hard for the things he thought the city should have.”

Jones was born Oct. 12, 1937, in Houston but grew up in Hermosa Beach, California. He played baseball in high school and college and was drafted by the Washington Senators, playing two seasons in the minor leagues, according to his obituary.

“So baseball fields were always an important thing,” his wife said. “So that probably was the little thing that got him involved (in parks and recreation).”

The ‘father’ of Henderson parks

In 1968, he and his family moved to Southern Nevada and he joined the city of Las Vegas as a recreation supervisor. And in 1973, he joined Henderson as the city’s parks and recreation director, a position he held until 1997.

Former U.S. Sen. Harry Reid first met Jones when he was playing baseball for Basic High School and Jones was playing for his high school in California, Reid said in a statement.

“Dundee spent decades successfully advocating for Henderson’s parks and recreation programs,” Reid said. “I really enjoyed working with Dundee over the years on Henderson issues. Dundee will be missed, and Henderson residents owe him a debt of gratitude for the wonderful park system that we all get to enjoy today.”

At the time Jones worked at the city, there were no bond issues to fund parks, so the city relied on its capital budget and contributions from homebuilders, Clark County Commissioner and former Henderson Mayor Jim Gibson said.

“In the end, Dundee kind of bootstrapped everything he did,” Gibson said. “He was a lion when it came to parks and recreation in our city.”

In the late 1980s, while Jones was still at the city, controversy swirled around a park tax, former councilman and Mayor Andy Hafen said.

Hafen, who considers himself “somewhat conservative,” said he was concerned about the tax, but Jones eventually convinced him it would be good for the city.

“He was basically the father of our parks and recreation system,” Hafen said.

Jones’ influence is seen outside of parks, too. Hafen said Henderson City Hall is located where it is now because of a suggestion from Jones.

Shari Ferguson, the city’s current parks and recreation director, said in a statement that Jones was responsible for bringing the first public indoor swimming pool to Southern Nevada, growing the public park system by securing joint use agreements with school parks, and lobbying officials to require 10 acres of park land for every 1,000 residents.

Henderson now has 5½ acres of park land for every 1,000 residents.

“He was also a role model to many current employees who began their careers at the City of Henderson under his tutelage,” Ferguson said. “Dundee was one of the kindest people I have ever met with a true passion for parks and recreation and he will be missed.”

Jones was appointed to Henderson’s Parks and Recreation Board in 2005. He served on the board until 2017.

His contribution to the city was commemorated that year when the Burkholder Park baseball fields were officially named the Dundee Jones Baseball Complex.

He was a friendly, easygoing, generous person who was particular, even when it came to toast.

“Like, if he was buttering a piece of toast, he would butter, like, every square millimeter (with) the same amount of butter, and he wouldn’t start eating it until it’s all fixed just right,” his son said.

And when he was done, he’d offer up his last bite.

His attention to detail came in handy when it came to the art of tying flies. Thousands and thousands of flies.

“I mean, if you go to buy flies at a fly shop, they don’t have the same detail that he would put into them, because he just put that extra time and effort into making it just perfect,” his son said.

When he was out in public, he’d pluck a fly off his hat and and give it away to anyone who showed interest.

Jones, an avid fisherman, released each fish he caught in his later years, his son said. He fished with barbless hooks and gave each fish a kiss before returning it to the water.

He is survived by his wife, Sally; children Daphne, Anson, Creson and Brenon; and grandchildren Kelsie, Kenny, Allison, Briley, Jake and Daisy.