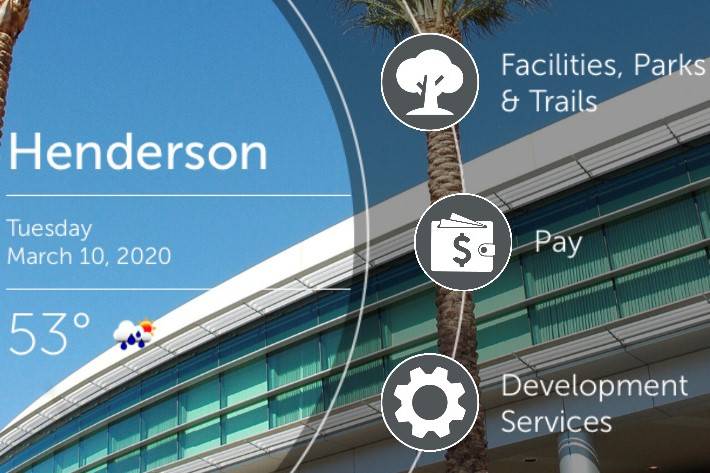 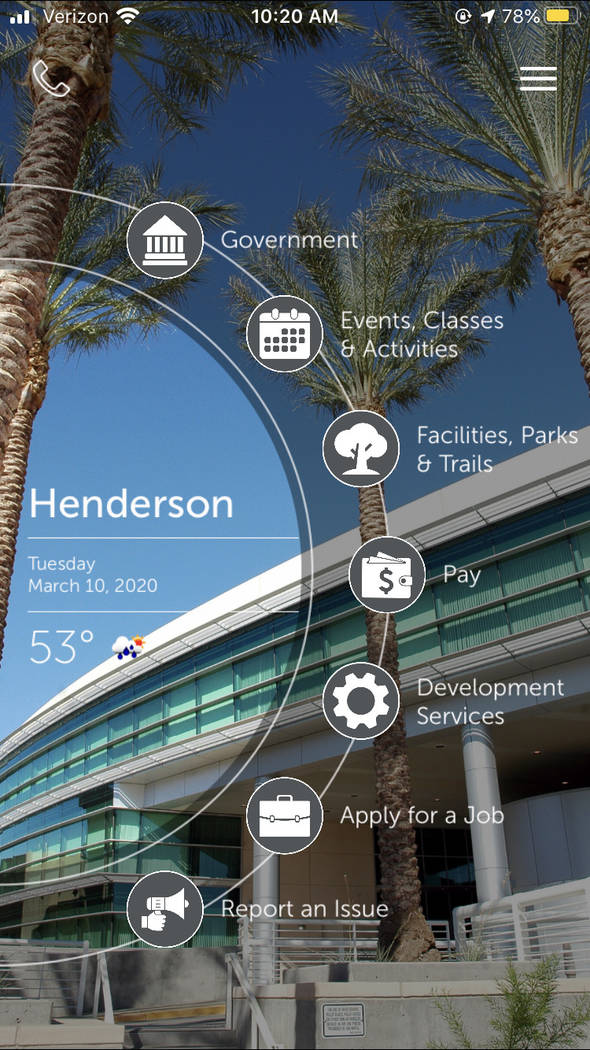 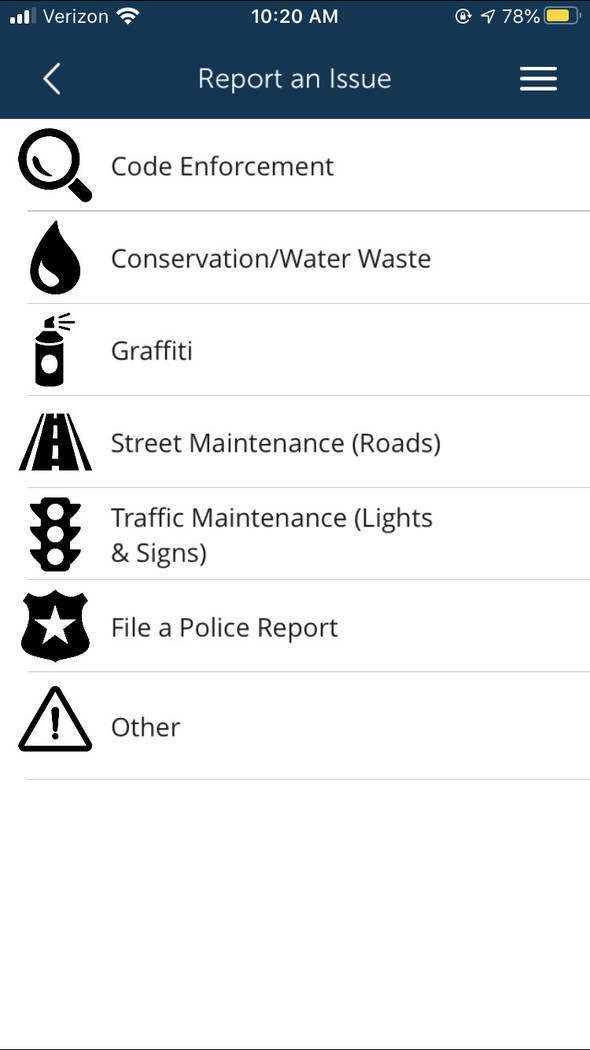 The city of Henderson has a new mobile app that allows residents to pay their utility bill, report an issue and even apply for a job.

There was a soft launch in early February, but Mayor Debra March made the official announcement midway through the month during Henderson’s yearly State of the City address.

The city says the aim of the new app is to make it easier for residents to access services.

“The nice thing about this app is we can continually add to it,” said Claire Leck, senior technology project manager for the city.

As of March 10, 700 people had downloaded the app — a small percentage of the city’s more than 310,000 residents. The app — available for Apple and Android phones — is free to download via the app store and Google Play.

The app was developed by MyCivic, which was recently purchased by Tyler Technologies — one of the city’s preferred vendors, Leck said.

City employees worked with the company’s development team. The project took about six months to complete.

“They already had a set app design and we modified it to meet our needs,” Leck said.

First-year costs for the app are expected to total about $19,000, Leck said. After that, there will be $12,000 annually in ongoing costs.

The app allows users to access features such as paying their utility bill, reporting an issue, registering for city recreation center classes, applying for a city job and finding a list of parks.

The most popular feature so far: the “report an issue” page. If a resident sees something — such as a street light that’s out, a pothole or graffiti — they can write a quick description and take a photo.

There are options in the app broken down by the type of issue, city spokeswoman Kathleen Richards said. Those include code enforcement, conservation/water waste, graffiti, street maintenance (roads), traffic maintenance (lights and signals), file a police report, other, and parks and recreation.

If a phone’s location services are turned on, the app will automatically record where the incident report was submitted. Once the city receives a report, employees route it to the appropriate department.