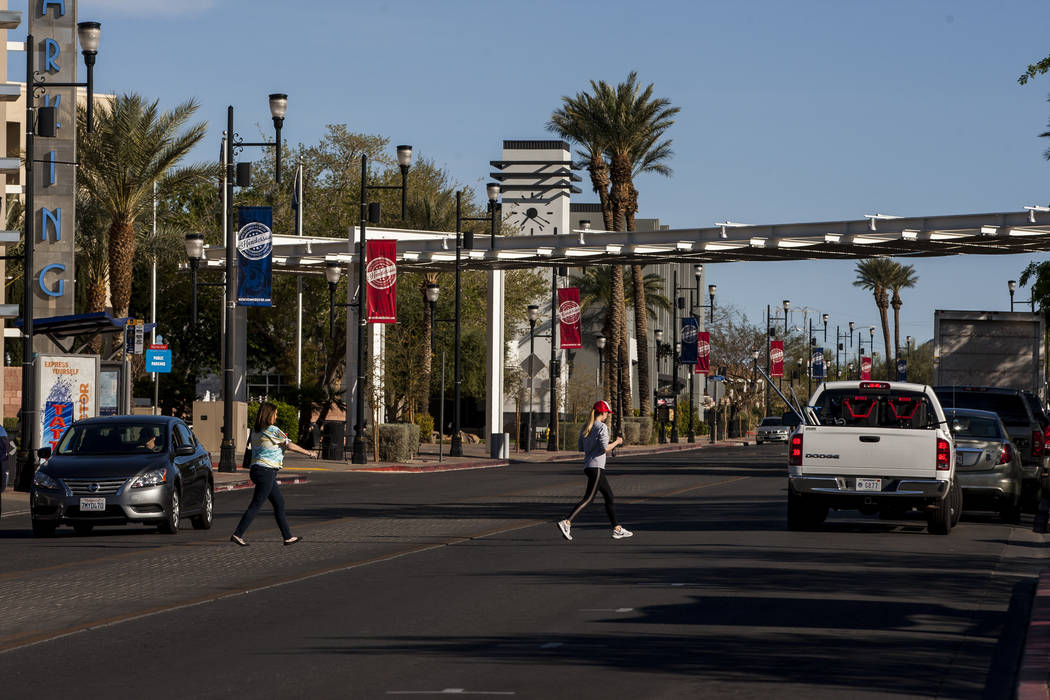 The Henderson City Council on Tuesday unanimously approved an agreement to negotiate exclusively with the Vegas Golden Knights to bring an ice rink complex to the downtown district.

An early proposal calls for an arena similar to the Knights’ existing practice arena in Summerlin, housing two ice rinks, a restaurant and meeting and retail space. Tuesday’s vote gives the team 180 days to work out further details with the city for the land and construction of the complex.

“I’m just so thrilled about the possibility of what this can bring to downtown Henderson in terms of engaging families and community and really bringing more and more people downtown …” Mayor Debra March said.

Current plans call for an arena on 3.2 acres at the site of the Henderson Convention Center at Water Street and Atlantic Avenue.

Golden Knights President Kerry Bubolz told council members that about 30 percent of the kids who participate in youth programs at the team’s Summerlin arena come from Henderson.

The team also took notice of the support the it got from the city during last year’s playoff run.

“The numbers of people that were attending the watch parties were just absolutely incredible,” Bubolz said. “And we felt that love and we felt, certainly, our next step was in Henderson.”

Approval of the negotiating period is a big step in the revitalization of the Water Street District, which has struggled to attract visitors. The city has seen success in the past year with the openings of several new businesses in the district.

“I think that this facility will do for Water Street what the Raiders facility is going to do for west Henderson,” Councilman John Marz said at the meeting.