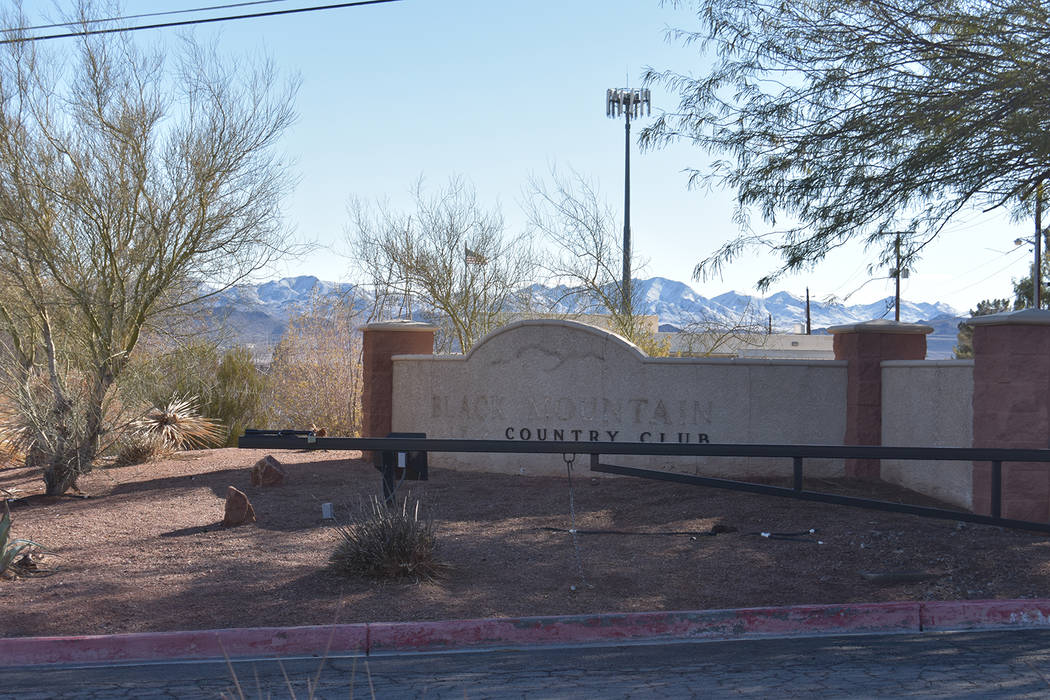 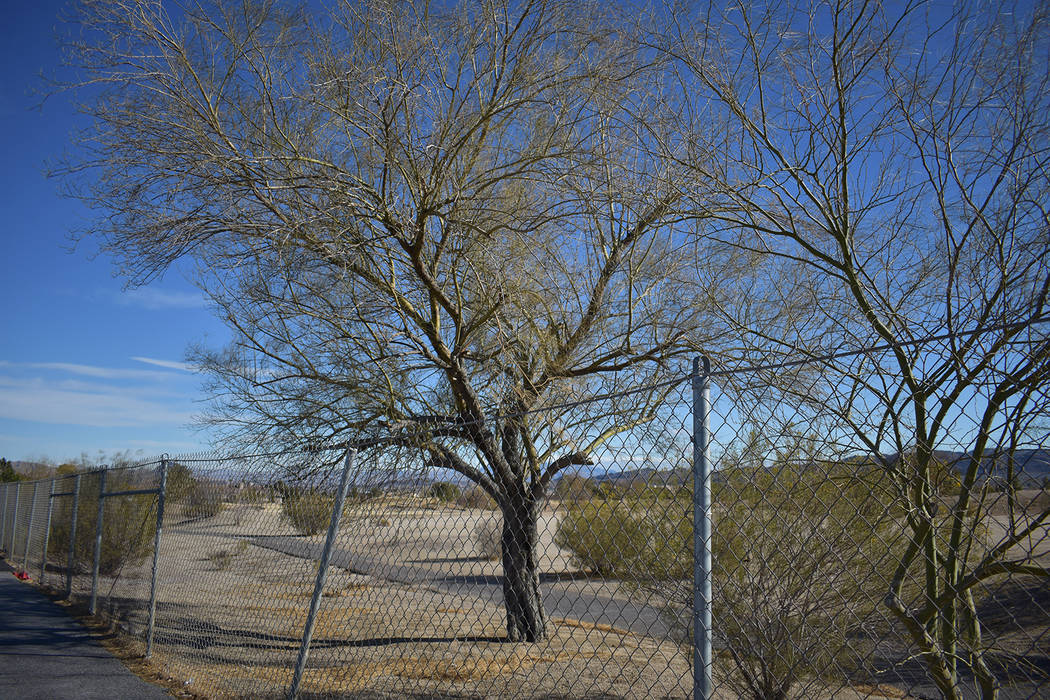 The metal fence that surrounds the perimeter of Black Mountain Golf Course and Country Club between the course and Greenway Road in Henderson. Rachel Spacek/ @RachelSpacek 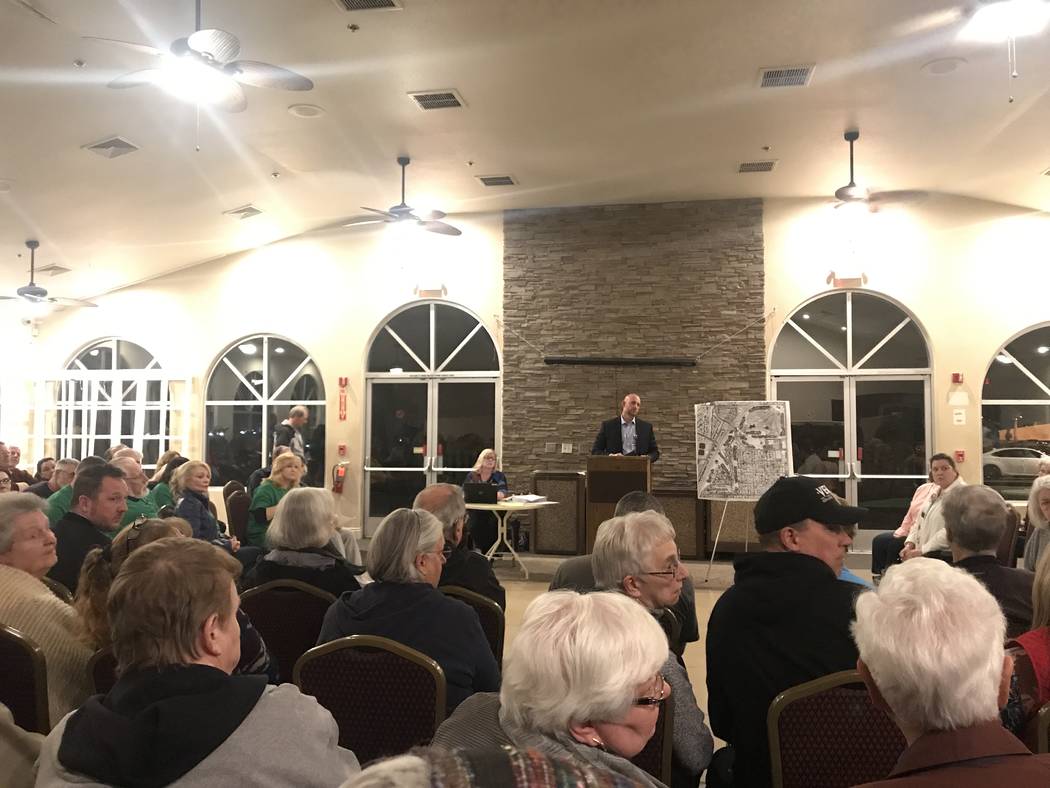 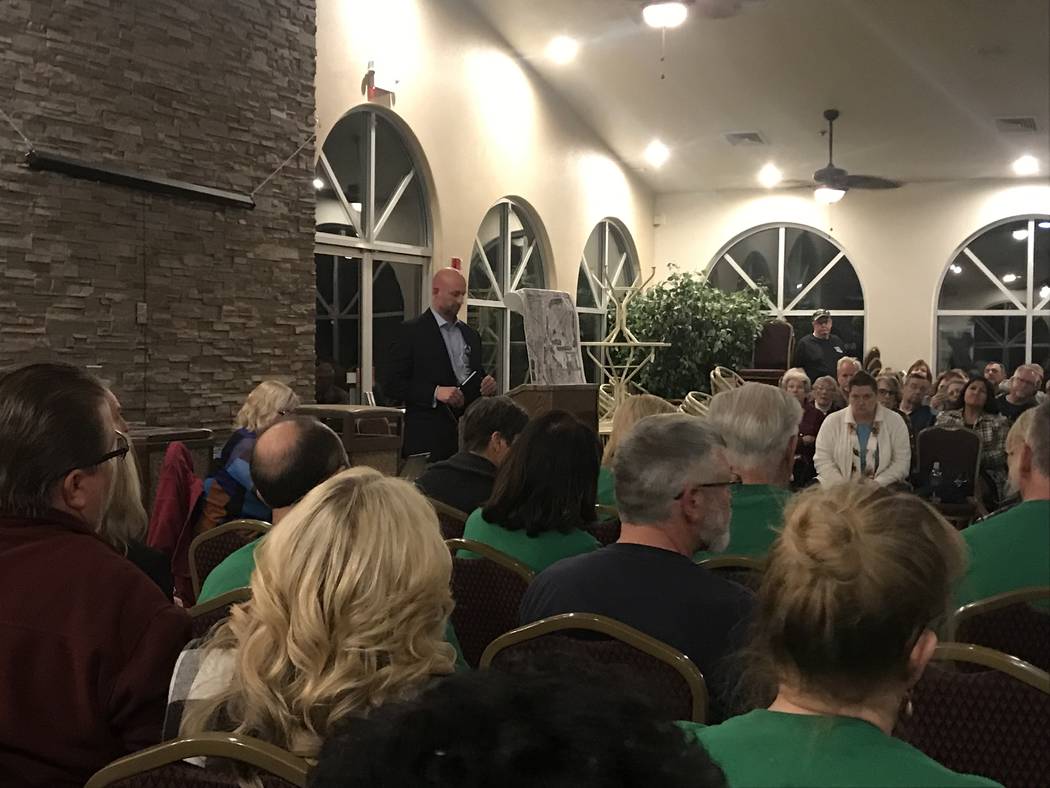 Members of the "Save Black Mountain" community group wore their green shirts to the neighborhood meeting at Black Mountain Golf Course and Country Club on Monday, Feb. 15. Rachel Spacek/ @RachelSpacek 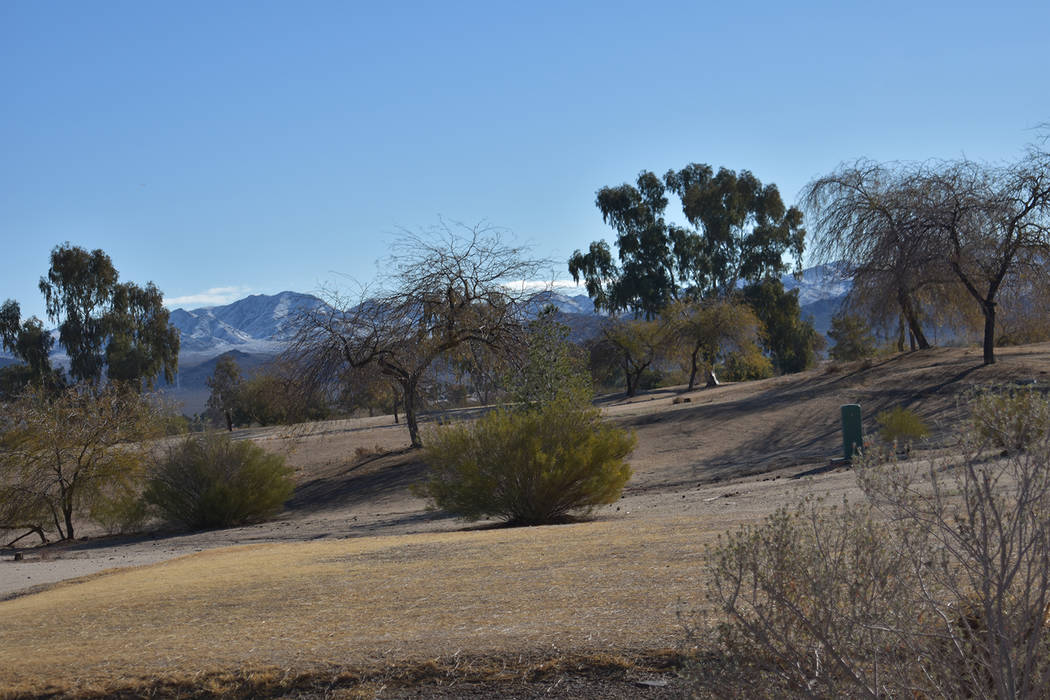 Black Mountain-area residents expressed concerns about rodents and the upkeep of a recently closed golf course, as well as the threat of unwanted development there, at a neighborhood meeting Feb 11.

Neighbor Janel Potucek accused the private owners of Black Mountain Golf & Country Club of not watering the grounds, prompting 10 to 15 rabbits to find refuge in her backyard.

“(They) have decimated my lawn,” Potucek said at the meeting. “I have had two landscapers come out, and they said there is nothing they can do unless I replace it with plastic lawn at $10,000.”

A representative of the golf course, at 500 Greenway Road just south of downtown Henderson, held the meeting to discuss its closure plan and hear neigbhors’ concerns. Candace Carlyon, senior attorney with Clark Hill PLLC, a firm representing the golf course, read a draft of the closure plan.

The plan, required by the City of Henderson, is meant to “prevent some of the nuisance issues that come with closed golf courses,” according to Michael Tassi, community development and services department director for the city.

Tassi said he attended the meeting to note neighbors’ concerns and ensure they are addressed in the closure plan the course will present to the City Council in March.

Several attendees said they live near the golf course but didn’t receive notice of the meeting. The city requires that neighbors within 775 feet of a closed golf course be notified in the mail about a neighborhood meeting.

Tassi said the city often hears about people not receiving notices about neighborhood meetings, because mailers get lost.

“Putting in new apartments and new homes will congest our neighborhood,” Hahn said.

At a city council meeting on Jan. 15, Tassi said there were no pending development proposals for the course property.

Hahn said trees and plants on the golf course have been “allowed to die” and “there are stumps everywhere.”

According to the draft of the closure plan, the golf course owner will “continue watering healthy trees, shrubs and the five-foot strip of any turf along Greenway and Horizon boundaries once a week.”

Also according to the draft, the course has an inoperable irrigation system and lacks the funds to repair it. As a result, water trucks will be used to water the plants on the course.

The closure plan also said all buildings on the location will be padlocked and connected to an alarm system. A fence has been installed along all entry and exit points. Gates have also been installed at all entry points.

The closure plan draft said the golf course will have a maintenance crew clear dry brush, remove dying trees and shrubs, dispose of trash and dry vegetation and address any graffiti. The crews will work five days a week, according to the report.

Once the golf course writes up a final draft of its closure plan, including the concerns from neighbors, it will be submitted to the City Council for approval. Council meeting agendas are at henderson.siretechnologies.com/sirepub/meetresults.aspx.