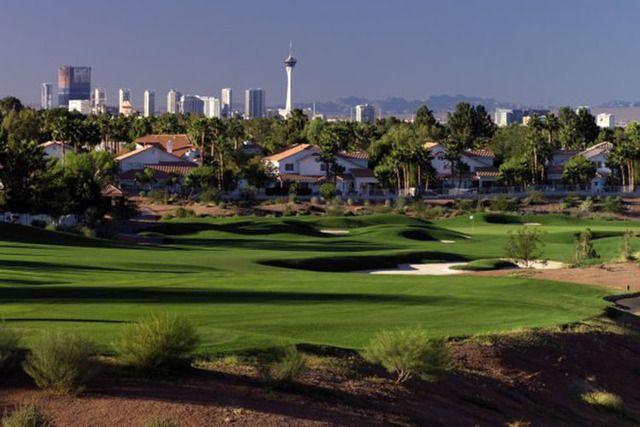 The future of Legacy Golf Club in Henderson remains uncertain after it was reportedly sold for $5.6 million to an unknown buyer Monday and closed indefinitely.

Green said the company is reaching out to anyone that has a tee time set in the future and telling them the course is closed. O.B. Sports also operate Angel Park in Las Vegas and Green said they are trying to accommodate golfers at that course.

“We knew the sale was happening, but we were totally surprised by it closing,” Green said.

Real estate developer Rich MacDonald said he heard from a broker that the 177-acre property was sold to someone who has “decided to do residential development” in some form. 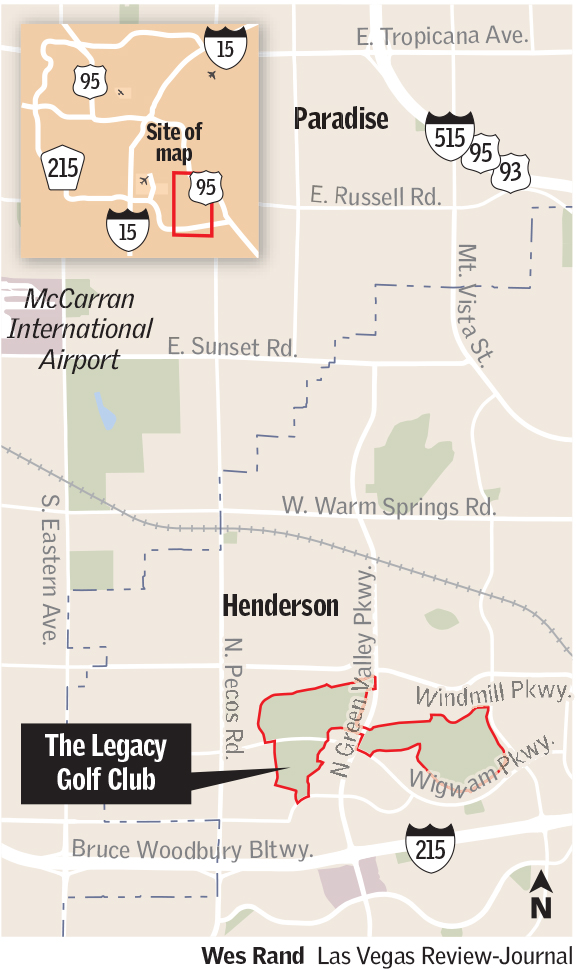 The course was previously owned by the Pacific Life Insurance Co. It was listed for sale in late summer 2016 by Colliers International and winds through at least seven different communities of homes and apartments.

Documents filed at the Clark County recorder’s office show the club was sold to several different trusts, with such names as Water Use It Wisely, Earth Savers and Smart Future Uses.

Several employees told the Las Vegas Review-Journal that they started seeking new jobs because they believed Legacy would be shutting down.

An announcement on the property’s future is expected Wednesday.

As of Monday afternoon, Henderson city staff knew of no applications that had been filed related to development or redevelopment of the Legacy Golf Club, city spokesman David Cherry said.

There are 59 golf courses in Las Vegas, Henderson, North Las Vegas and Mesquite, according to Chris Cain, director of UNLV’s PGA Golf Management University Program. Many developers built them with residential communities, not because of local demand for golf but as a lure for homebuyers.

Legacy Golf Course, at 130 Par Excellence Drive, was built in 1989 and designed by architect Arthur Hills.

Contact Sandy Lopez at slopez@reviewjournal.com or 702-383-4686. Follow @JournalismSandy on Twitter. Freelance writer Brian Hurlburt is a two-time author who has covered golf in Las Vegas for more than two decades. He can be reached at bhurlburt5@gmail.com or @LVGolfInsider on Twitter.