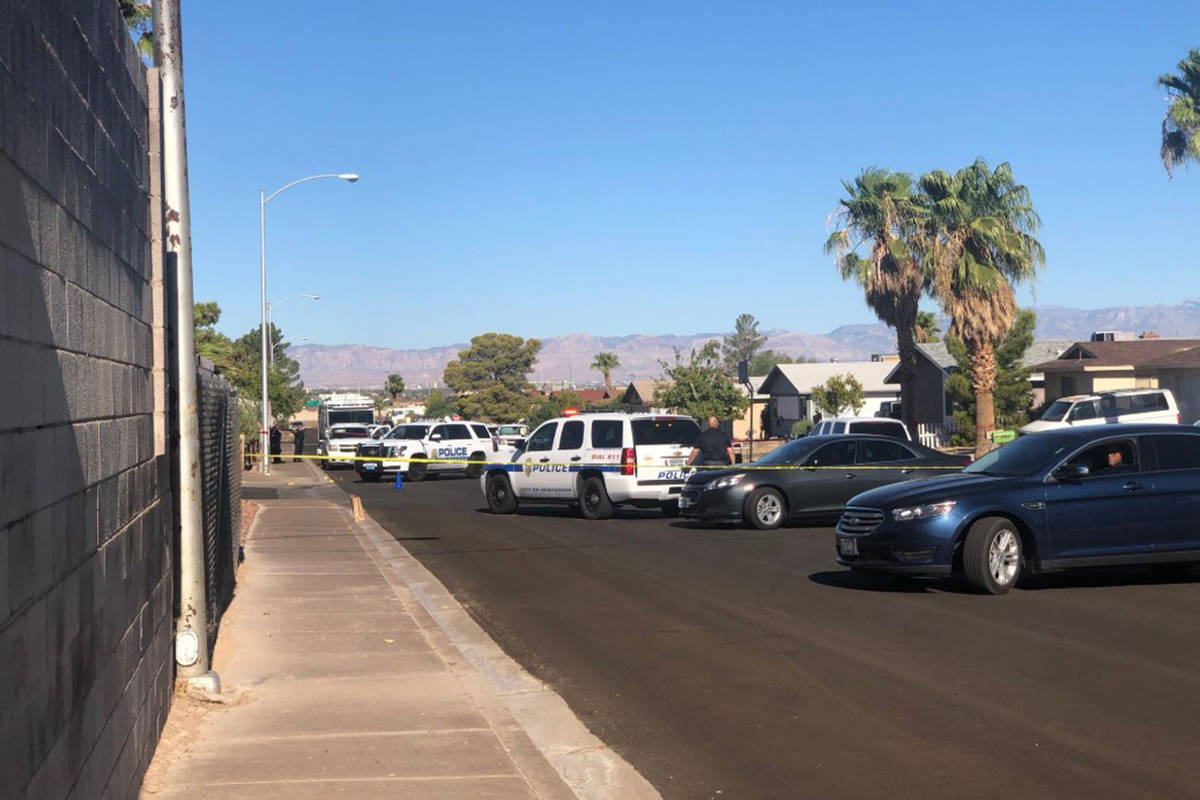 Police are on the scene of an officer-involved shooting Saturday, Aug. 1, 2020, in a residential neighborhood near U.S. Highway 93 and Lake Mead Parkway in Henderson. (Katelyn Newberg/Las Vegas Review-Journal)

A man who was shot by Henderson police last year is suing the city, its police department, the police chief and two officers, alleging excessive force.

The lawsuit was filed last week in District Court on behalf of Ricky Helmbrecht, who was shot by Henderson police Aug. 1 on Box Elder Way. Officer Lane Stringham and Sgt. Charles Hedrick, who were named by the police department as officers involved in the shooting, are named in the lawsuit as defendants.

“(Helmbrecht) was treated with reckless disregard for his health and safety by the (Henderson Police Department) officers,” the lawsuit states.

In an email, Henderson spokeswoman Kathleen Richards said the city attorney’s office had not reviewed the allegations. A response to the allegations will be submitted to the court, she said.

The neighbor who answered the door called emergency services, telling the dispatcher that Helmbrecht was intoxicated and seemed winded, the lawsuit states.

According to the complaint, the caller did not say she feared for her life or report that Helmbrecht had committed a crime.

“He’s combative, but he seems like he needs medical attention,” a woman told a dispatcher in audio of a 911 call released last year by the department.

According to the complaint, at least two officers arrived and attempted to confront Helmbrecht, whom the lawsuit asserts was not near anyone and posed a threat only to himself.

In body camera footage the department released, one officer can be heard pleading with Helmbrecht to not approach him and to drop the knife.

“We can work through what’s going on,” the officer said. “Just keep that knife down.”

The officer can be heard repeatedly asking Helmbrecht for his name.

The officers demanded Helmbrecht drop the knife he was carrying, which he did, the complaint asserts.

Video of the shooting shows Helmbrecht briefly dropping the knife as he fell to his knees, then picking it up again.

After he dropped the knife a second time, police discharged a Taser on Helmbrecht, video shows. Seconds later, police shot Helmbrecht six times, striking him four times, according to the lawsuit.

The lawsuit does not mention that Helmbrecht is seen on dash cam footage of the shooting picking the knife up again after he is hit with the Taser.

The shooting was the second that Hedrick was involved in last year. He was one of several officers from the Henderson Police Department and Nevada Highway Patrol who fired their guns in a May 31, 2020, encounter. 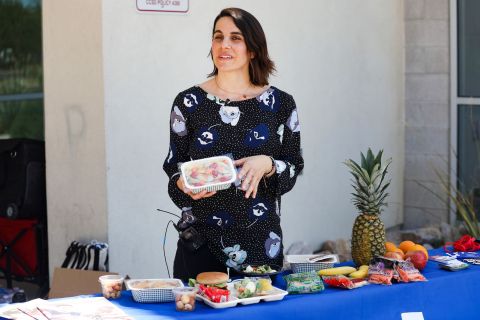 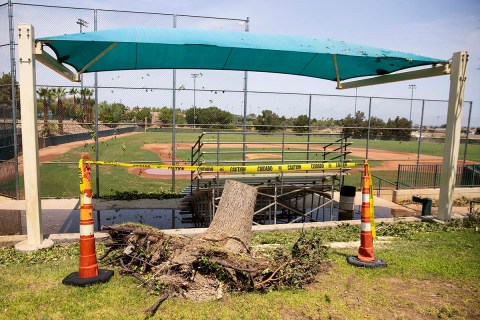 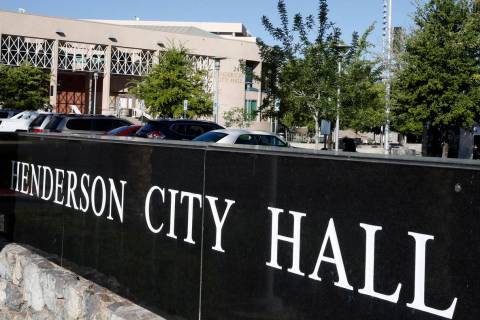