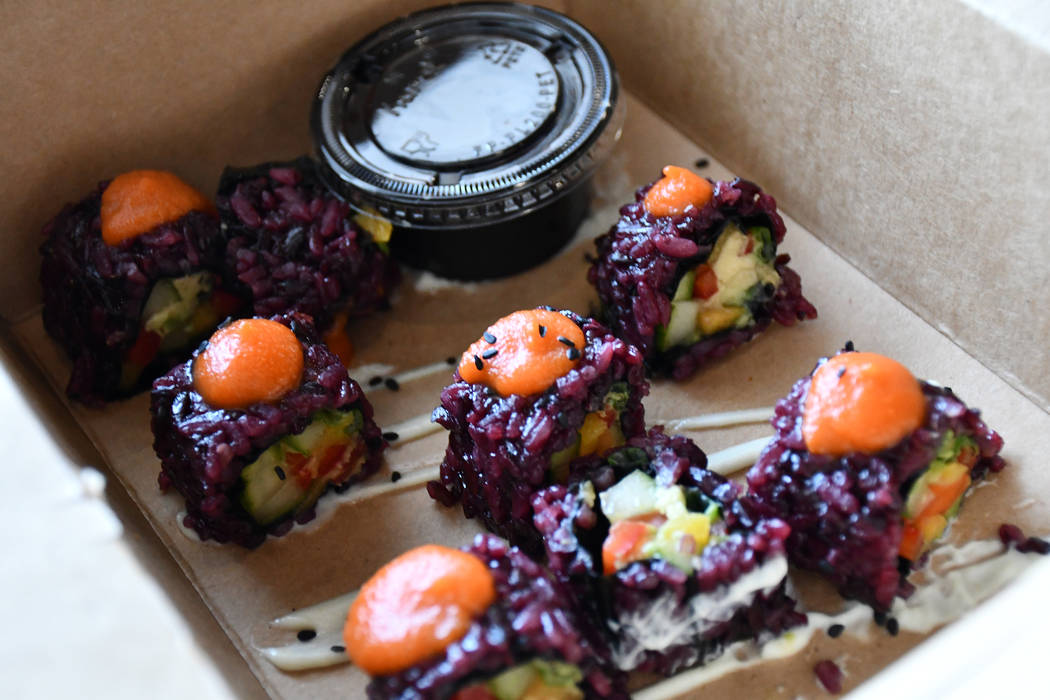 Save the Tuna is one of the most popular starters at the VegeNation restaurant in Henderson. It's made of hand-rolled vegan sushi with seasonal vegetables and rice. (Daria Sokolova/View) 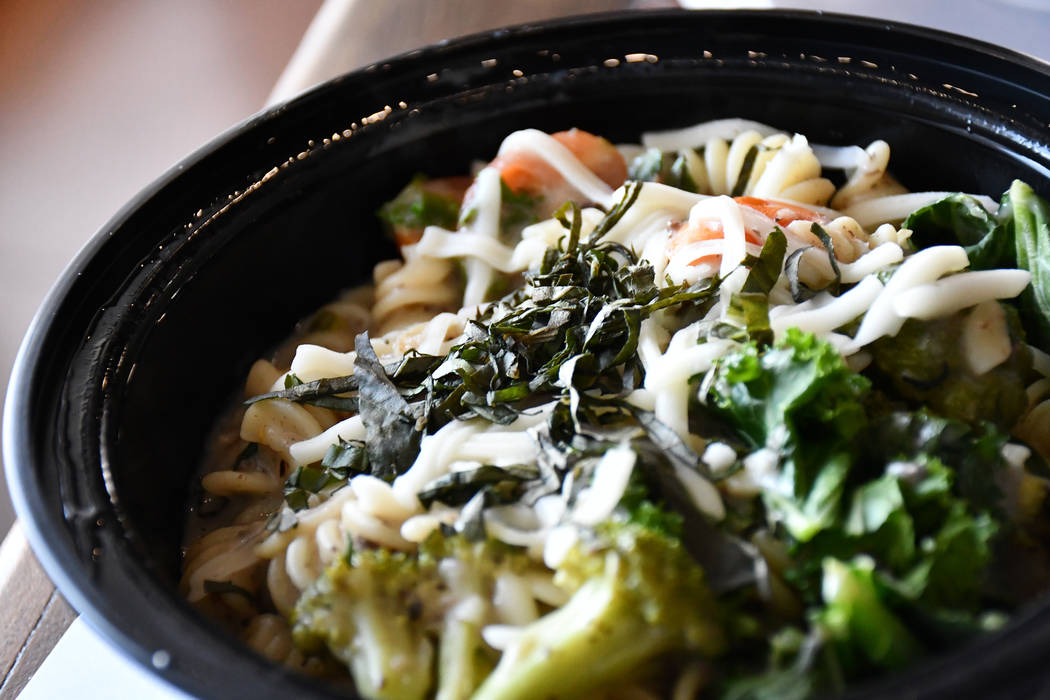 Mushroom power pasta is one of the newest items on the menu at VegeNation in Henderson. The entree includes pasta toasted in cremini mushroom sauce, broccoli, kale and grape tomatoes. (Daria Sokolova/View) 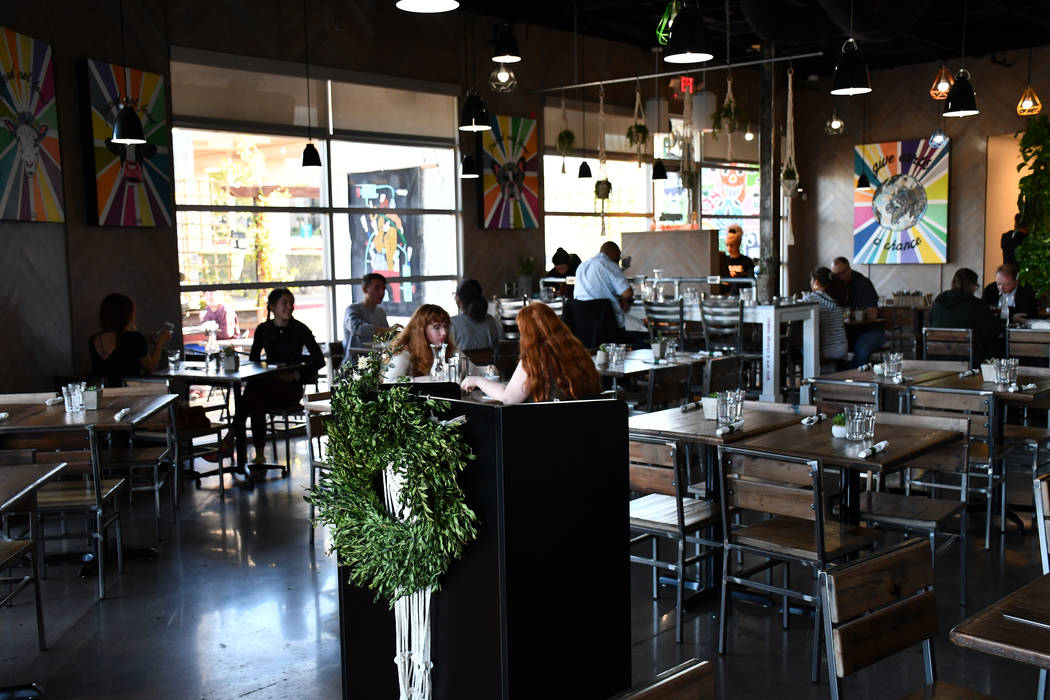 VegeNation, the plant-based restaurant opened its second location in August, but has already gained a loyal base of customers in Henderson. The location at 10075 S. Eastern Avenue restaurant offers a 100-percent plant-based menu that includes starters, entrees, sides, pizzas, drinks and desserts. (Daria Sokolova/View)

Plant-based restaurant VegeNation opened a Henderson location in August and has found its niche in the city, employees say.

“We get a good mix of people,” hostess Jen Dailey said. “We have people who are fully vegan and people who eat meat; it’s nice when they get to try vegan for the first time and end up loving it.”

Dailey described the restaurant’s menu as a “mix of vegan comfort food and good, healthy options.”

Resturant owners say they cook with locally grown vegetables whenever possible. In addition, the restaurant adopts school gardens and grows its own food.

Among the most popular items are chicken pot pie gnocchi with chicken, peas, carrots and mushrooms; a burrito bowl made with organic brown rice, black beans and locally grown greens; and Pho-King delicious, a mix of Vietnamese pho, mushroom broth and noodles.

Since the restaurant has opened, owners have added a few new items to the menu. Among them are mushroom power pasta that includes pasta toasted in mushroom sauce, broccoli, kale and grape tomatoes. On the dessert side, VegeNation recently added chocolate tacos filled with avocado chocolate mousse, topped with salted caramel sauce, fruit and salted coconut; and warm apple cobbler with streusel served on warm skillet, topped with vanilla ice cream and caramel. 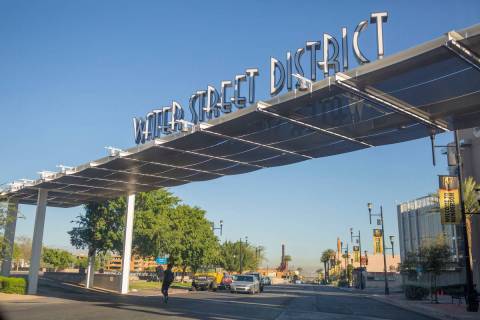 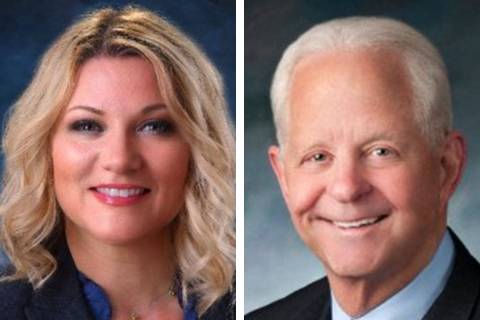 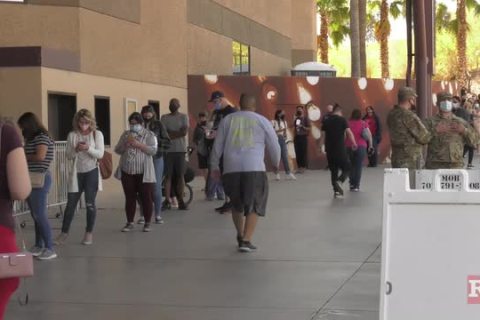 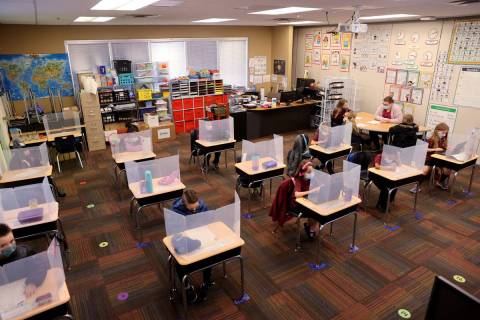 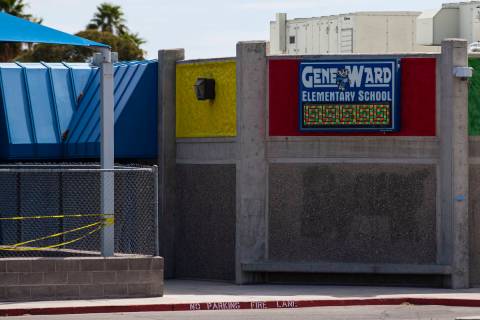 Construction will begin this summer at Harmon, Ira J. Earl and Gene Ward elementary schools, and Fremont Middle School, and will wrap up by August 2022. 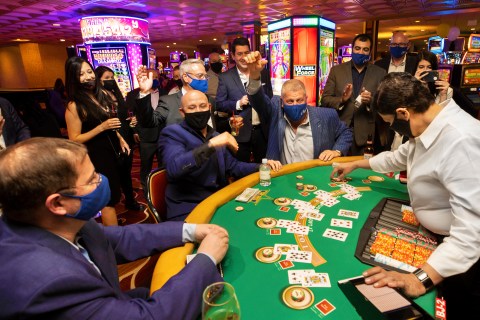 The Pass opens in Henderson, gets passing grades from guests
By Mike Shoro / RJ

The former Eldorado Casino reopened Thursday night for the first time as The Pass, marking the latest chapter in the history of the Water Street property.