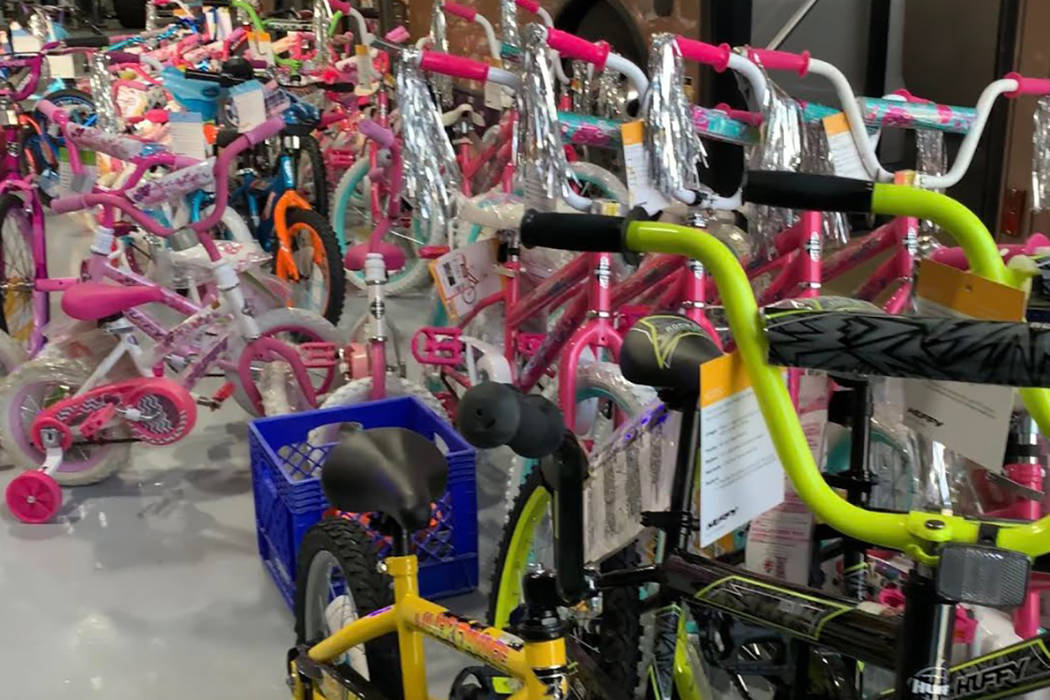 Some of the 700 bikes collected by Las Vegas police and the local charity Superheroes 4 Sully as of Monday, Dec. 9, 2019, that will be donated to the annual KLUC toy drive. (Rio Lacanlale/Las Vegas Review-Journal) 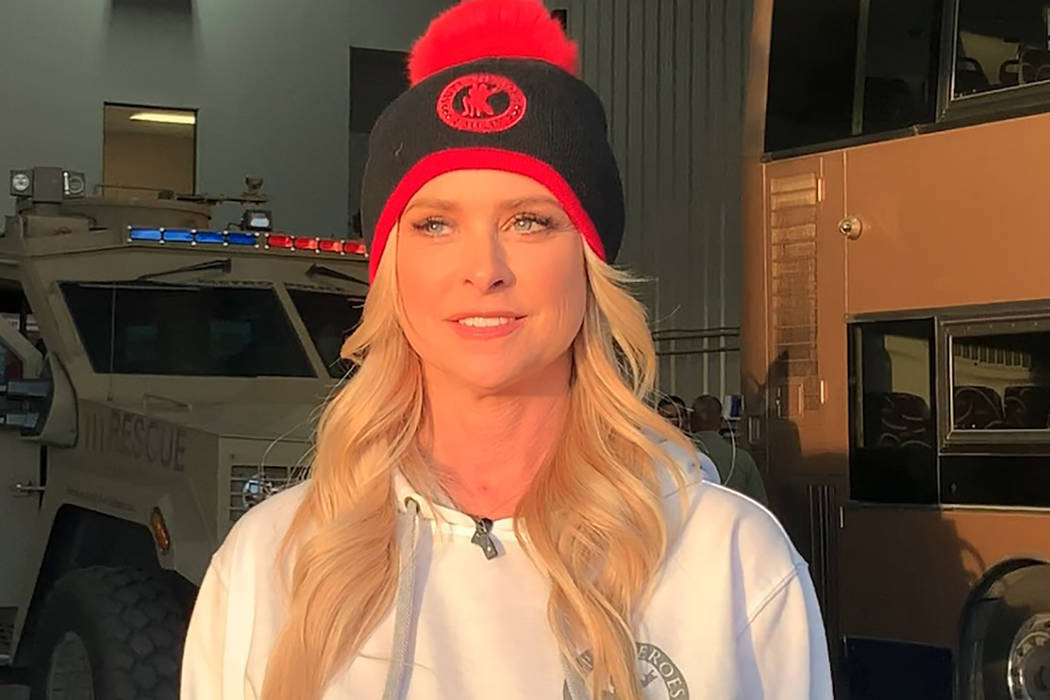 Kristen Mainor, founder of Superheroes 4 Sully, a local charity in honor of her stepson, Sullivan, who died in 2012 at age 9. Each year, the charity teams up with Las Vegas police to donate bikes to the annual KLUC toy drive. (Rio Lacanlale/Las Vegas Review-Journal) 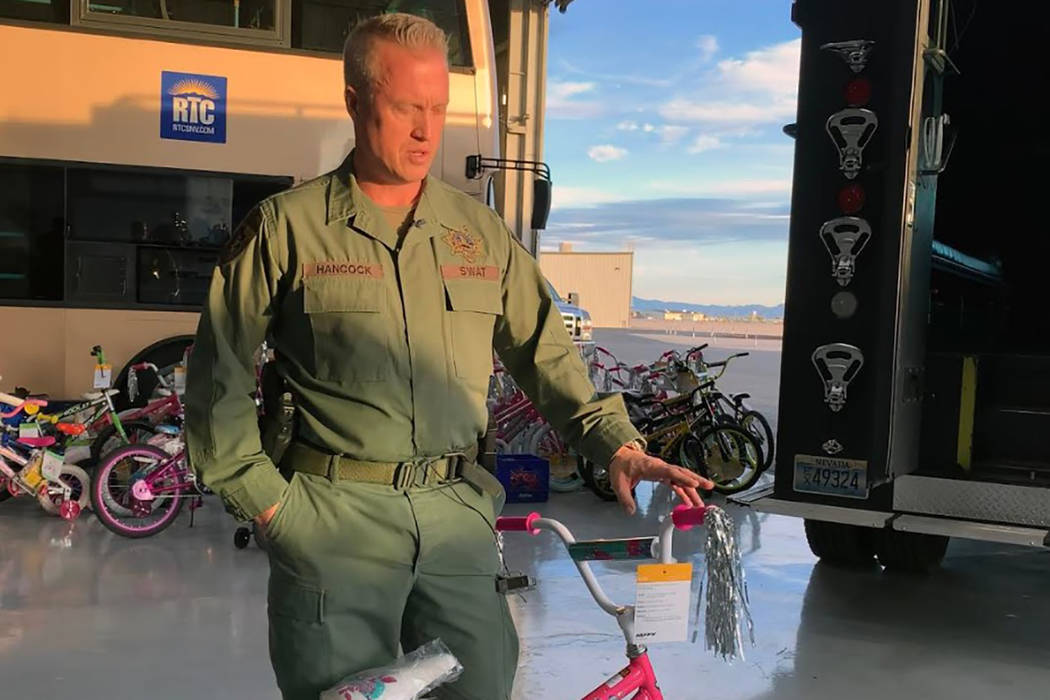 Six years ago, Kristen Mainor sat in her car, sobbing, in a Walmart parking lot. Haunted by her stepson’s memory while walking down the toy aisles, she had abandoned her shopping cart full of Christmas gifts.

Everything reminded her of Sullivan, who died unexpectedly in 2013 at age 9 — the toy cars she would have gotten him for Christmas, that bike without the training wheels.

But while sitting in her car, a radio commercial advertised the annual KLUC toy drive. In it, a man told a touching story about how the toy drive had helped his family years earlier during a rough time.

She wiped her tears and walked back inside the store to purchase all the gifts that would have been given to Sullivan and donated them in his name to that same toy drive, which identifies children around the Las Vegas Valley each year who are in need of holiday gifts.

A tradition was born that year, and Mainor and her husband eventually founded their charity, Superheroes 4 Sully, in their son’s honor.

“It has come to symbolize his spirit of giving,” Mainor said Monday, which would have been Sullivan’s 16th birthday. “This has become synonymous with the concept of teaching kids to help other kids, to be kind and to be generous with your love, to give a hand — the concept that it feels good to do good, and we teach that through our charity.”

Every year on Sullivan’s birthday since 2012, the Las Vegas family has made a donation to the drive. Metropolitan Police Department SWAT officer Levi Hancock, a longtime family friend, has been a part of the tradition from the beginning, donating toys each year since in Sullivan’s name.

In 2016, Metro’s SWAT team and Superheroes 4 Sully officially teamed up for the first time to make the biggest donation yet in Sullivan’s name. But this year, the two organizations hope to beat their previous record, of 700 bicycles, by donating 1,000 to the KLUC toy drive.

But to do that, they need your help.

New bike donations from the public will be accepted at any of Metro’s nine police substations around the valley through Dec. 20.

“We as a SWAT team will come pick it up and make sure it gets delivered,” Hancock said, noting they had collected around 700 bikes as of Monday.

They are accepting any new bikes, from training bikes to adult-size bikes.

“Think back to when you got your first bike and whatever age you were at that point in time, and maybe that will make this a bit more special for you,” Hancock said.