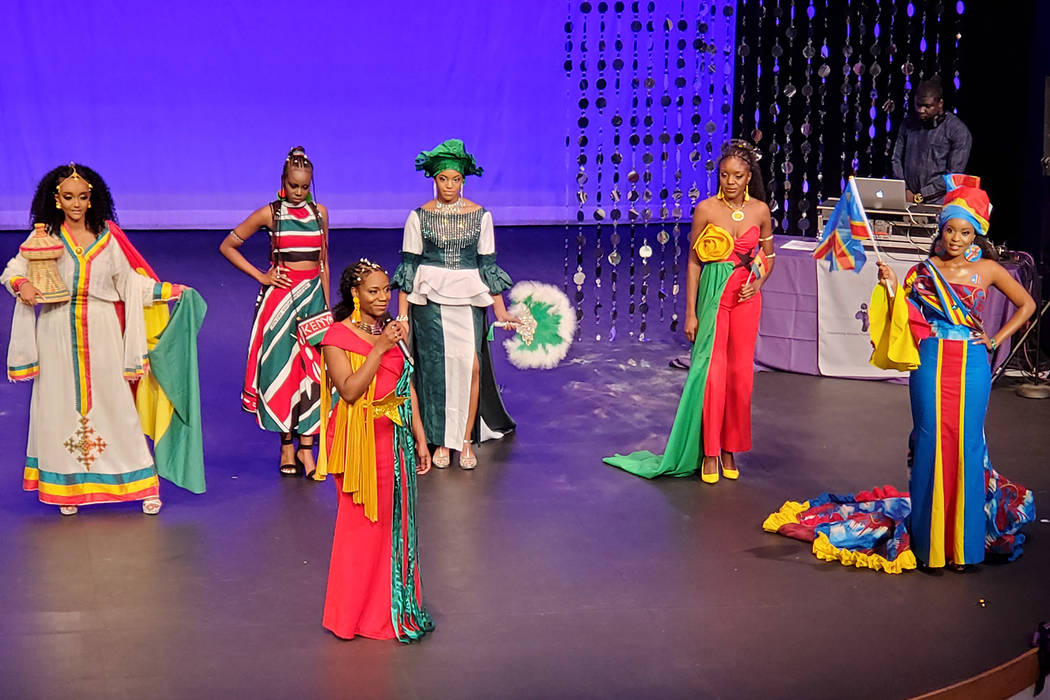 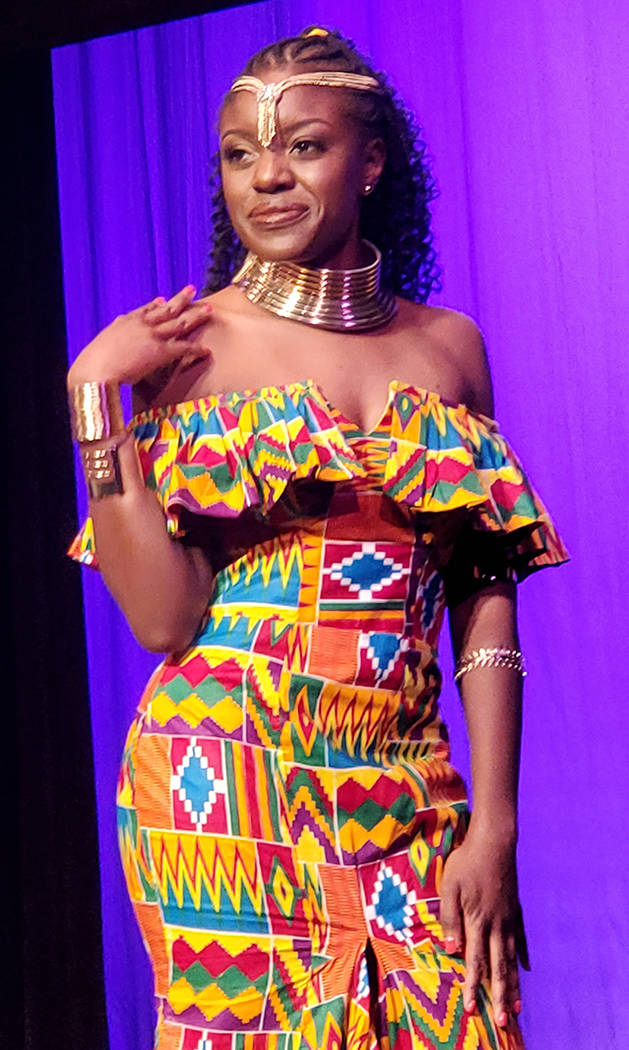 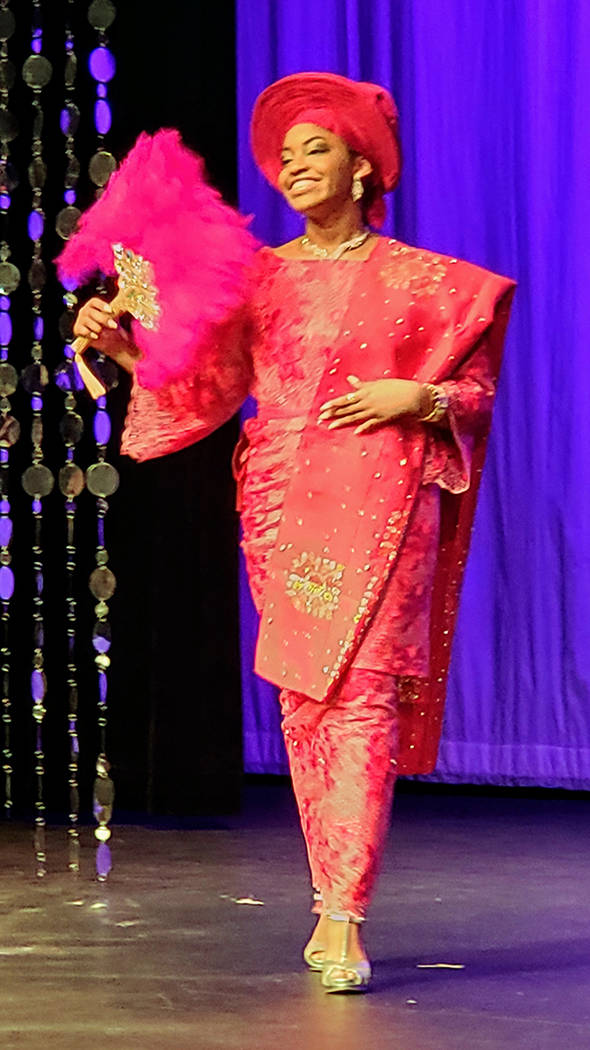 Miss Nigeria Kamryn James smiles during the traditional dress portion of the Miss Africa Nevada 2020 competition Jan. 25 at the theater at Clark County Library. She was the first runner-up and won the director’s award. (Brian Sandford/Las Vegas Review-Journal @BrianAtRJ1) 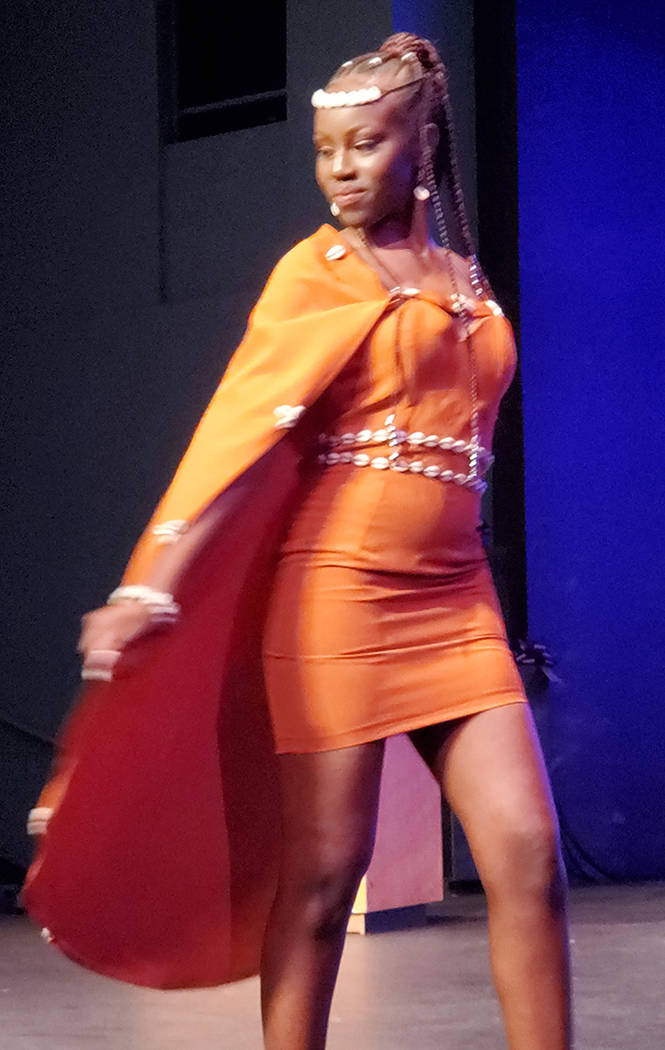 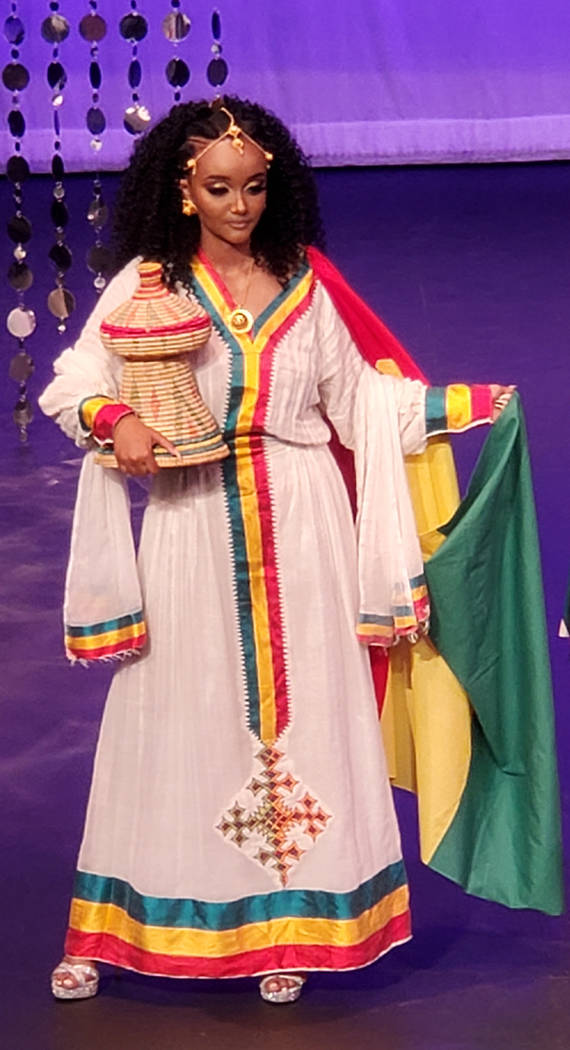 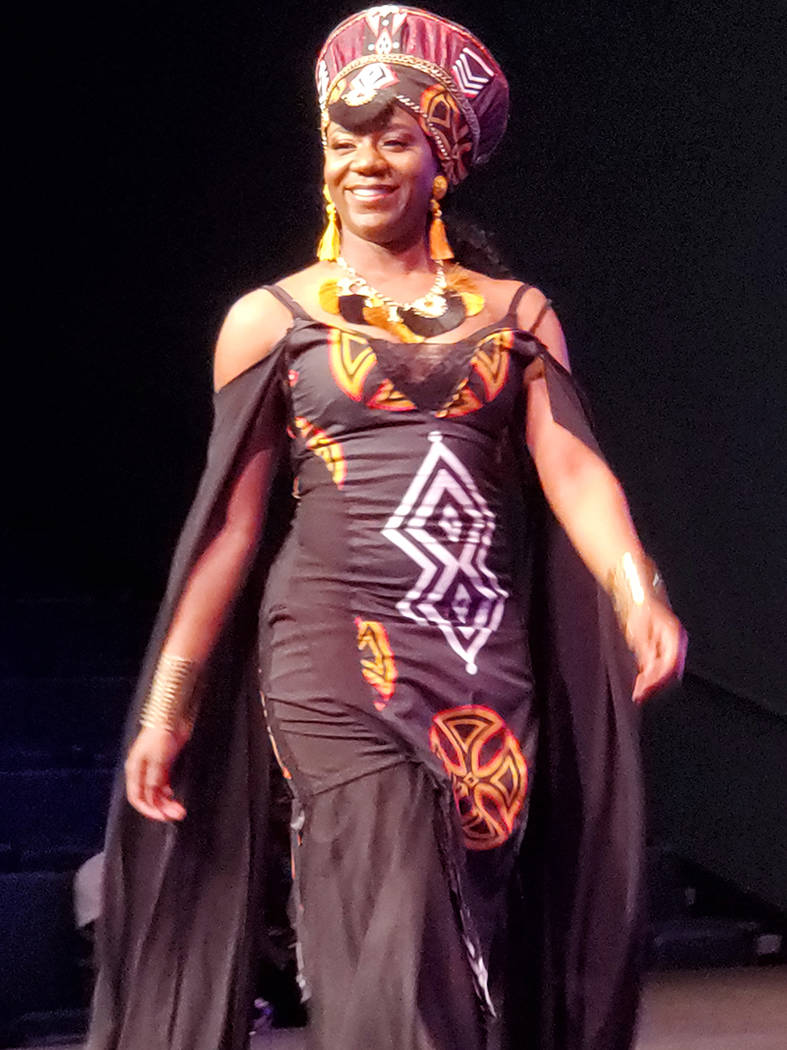 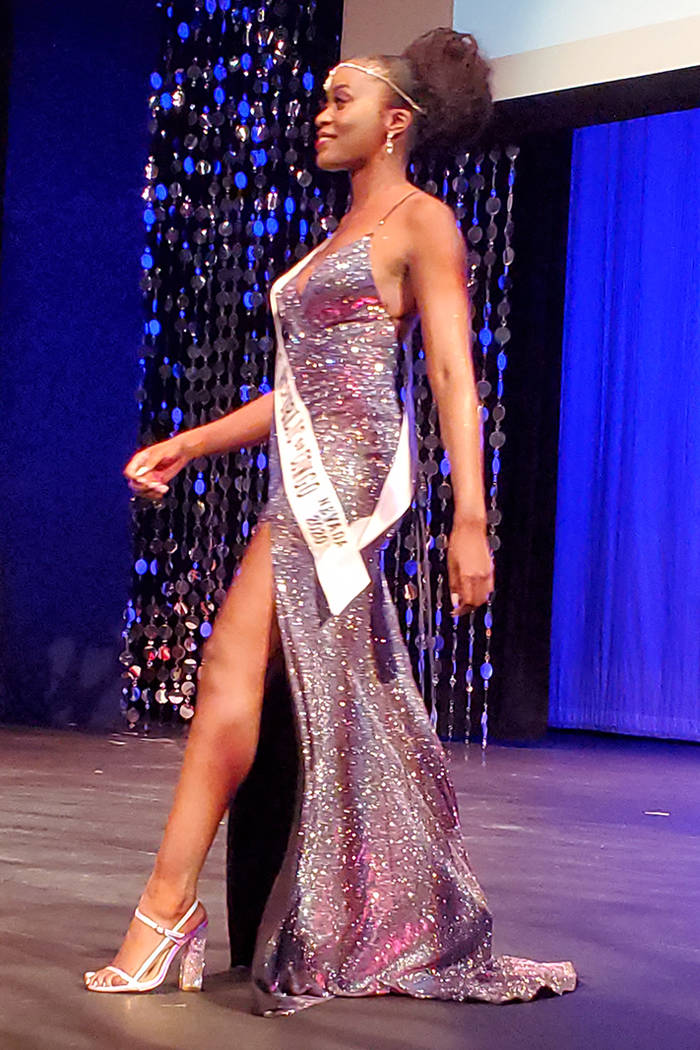 Miss D.R. Congo Sandra Ngwasi walks in the parade of nations portion of the Miss Africa Nevada 2020 competition Jan. 25 at the theater at Clark County Library. She was the event's second runner-up and won awards for best evening gown and most inspirational platform. (Brian Sandford/Las Vegas Review-Journal)

Mensah said her group coordinated with the African Diaspora of Las Vegas on the contest and contacted African-owned stores and restaurants about spreading the word. The nonprofit GK Folks Foundation lists the mission of Miss Africa Nevada as promoting diverse African culture, teaching the public about Africa’s heritage and providing scholarship opportunities for young African women living in the United States.

Mensah estimated that 280 people attended Saturday’s competition, adding that it’s set to be annual. For more information, call Mensah at 808-237-0543.