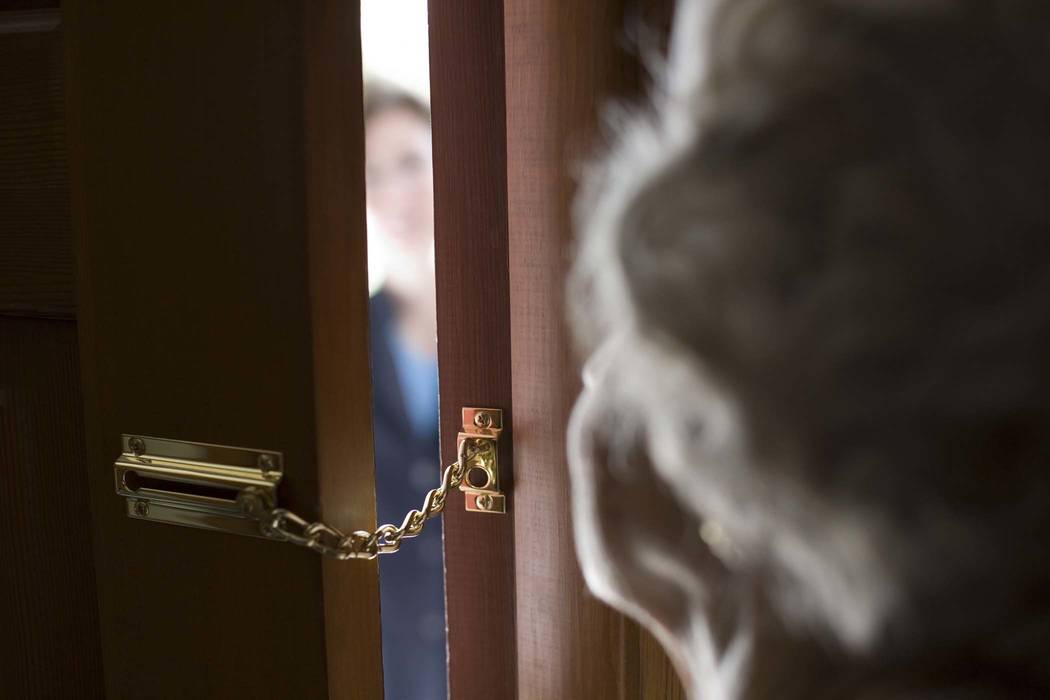 “1-833-421-7711, that’s the number to call regarding any matter dealing with abuse or fraud involving a guardian,” urged Kate McCloskey, manager of Nevada’s Guardianship Compliance Office.

The office, under the jurisdiction of the Nevada Supreme Court, was created more than two years ago after some of the most contemptible episodes of elderly abuse had surfaced in the state, resulting in national headlines. They involved individuals, known as guardians, who gained access to the care of elderly people in need of assistance and monopolized their assets and income by circumventing a weak guardianship law that existed at the time.

By way of background, it can easily be defined as the perfect illustration of a law that was enacted almost two decades ago with the best intentions of protecting the interests of a segment of society. Instead, it created a nightmare when sinister individuals learned how to exploit its weaknesses.

Basically, the law was established to assist the elderly and juveniles by creating legal guardians, who are qualified persons who can step in and provide help of any sort in handling the affairs of such persons. But that’s where the criminal mind also stepped in, resulting in the financial exploitation of seniors and their loss of fundamental rights.

So how does this affect the Summerlin area? For one thing, Sun City Summerlin, Sienna and other senior communities in northwest Las Vegas are home to a large percentage of the state’s senior population. Secondly, a documentary, “The Guardians,” has been making the rounds, and the film has raised consternation among many seniors, irrespective of the fact that it depicts a problem as it once was but no longer exists.

“The documentary deals with guardianship issues Nevada experienced in the past, problems which have since led to considerable legislative changes,” McCloskey said.

Most noteworthy is the creation in 2017 of the Permanent Guardianship Commission by the state Supreme Court, which according to the state Administrative Office of the Courts was established “to address issues of concern to those persons who would be subject to the guardianship statutes, rules and processes in Nevada.”

The chairman of the 20-member commission is Supreme Court Justice James Hardesty. The commission is made up of professionals, including judges, lawyers, educators and advocates for senior citizens.

“I feel the statutory amendments that were made to the guardianship law are significantly protecting individuals against the abuses of the past,” Hardesty said in an interview. “I also feel that we have the template for other states seeking reforms. We are now in a better place, a much better place than a decade ago.

“I know seniors are still concerned over some of the problems of the past, but I can assure them that there are lawyers and others out there who are working with us to help remove the kinds of abuses that were prevalent in the past.”

The Guardianship Compliance Office was also established by the Legislature to help administer the stronger guardianship rules, help the family courts provide qualified guardians and legal assistance for seniors where needed, and work as a liaison with the courts to protect seniors from financial fraud or any other kinds of abuse.

Moreover, the office has established a hotline for the public to ask questions or register complaints. Thus the toll-free phone number of 1-833-421-7711 referred to by McCloskey.

In addition, the Legislature has created a comprehensive bill of rights to protect the interests of seniors. That document has already been hailed as a model for the rest of the country.