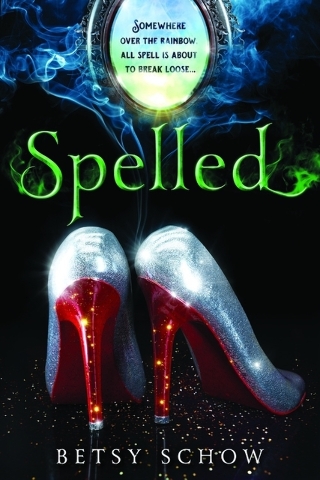 With a starting point of a basic princess story, author Betsy Schow moves with lightning speed through just about every fairy tale and fantasy story you can remember in "Spelled." (Special to View) 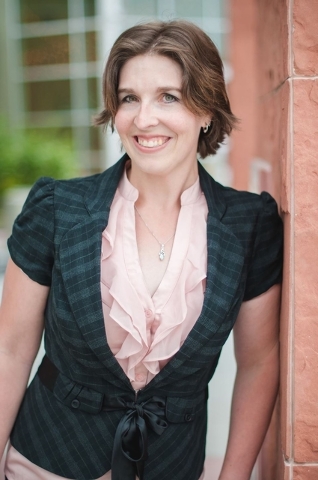 With a starting point of a basic princess story, author Betsy Schow moves with lightning speed through just about every fairy tale and fantasy story you can remember in "Spelled." (Special to View)

When you were small, thanks to fairy tales, you were quite afraid of giants.

You simply knew they were just waiting to crush your house or grind your bones to make their bread. With hands the size of small cars, they’d pick you up and fling you aside. And if a giant didn’t do it, an ogre could unless, of course, you’re a princess and, as in the new book by Betsy Schow, you’re “Spelled.”

It was bad enough that she was confined inside the Emerald Palace, courtesy of some ancient fire-making curse that nobody was sure even worked anymore, but her parents kept trying to marry her off to some dumb prince from another stupid kingdom — the latest of which, Prince Kato of Somewhere-Somewhere, was a big jerk. For Grimm’s sake, Dorthea was still only a teenager!

But OK, well, maybe it was infantile to throw a hissy-fit during the Muse Day ball. It was childish to pix off her parents. And it was definitely wrong to wish upon a star that afairy godmother-wanna-be gave her; a star that Verde, the kingdom’s head sorceress, would’ve warned Dorthea not to take.

Because that star — that pocket-sized white-rock star — ruined everything.

As soon as Dorthea wished aloud that she didn’t have to attend the ball or dance with Kato or follow any rules — boom! — everything went white. Chandeliers shattered. People Dorthea’d known her whole life were changed; even Kato was suddenly a tiny, furry creature the size of a puppy. And there, standing in the middle of the chaos was a silvery-pale woman who said her name was Queen Griz — and though she hated to do it, she was going to kill Dorthea.

As the Emerald Palace collapsed in a heap, Dorthea fled on a vacuum cleaner with furry Kato and a snarky kitchen girl. She wasn’t sure where to go; before Verde disappeared, she’d shouted something about Dorthea’s sparkly red shoes and a rainbow.

Whatever that meant, with Griz’s cackle resounding in her head, Dorthea knew she had to get there, fast.

There are, overall, two words to describe “Spelled”: Clev. Er.

With a starting point of a basic princess story, Schow moves with lightning speed through just about every fairy tale and fantasy story you can remember, taking her main character on an original adventure with an Oz flair and a flirt with classic Grimm. There are cameo appearances in this story from Cinderella, Rapunzel and a magical dragon; plus big roles for chimeras, a sometime-fairy godmother and a head-swapping hag, giants and a caterpillar army, an Ice Queen, leprechauns, flying puppies, and a “Mimicman” who can copycat anyone. That all adds up to a fast-paced, magical story with quick-witted dialogue and a spoiled royal who learns that there’s gnome place like home.

Not too hard and not too soft, this book is just right for 12- to 17-year-old readers, but be sure to borrow it back for yourself. Fee, Fi, Fo, Fum, “Spelled” smells like gigantic Fun.