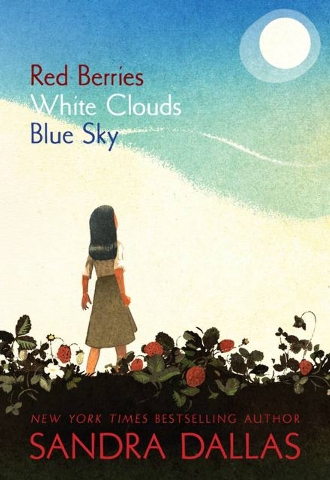 “Red Berries White Clouds Blue Sky” by Sandra Dallas is a fictional account of the experiences of children living in in a World War II internment camp. (Special to View) 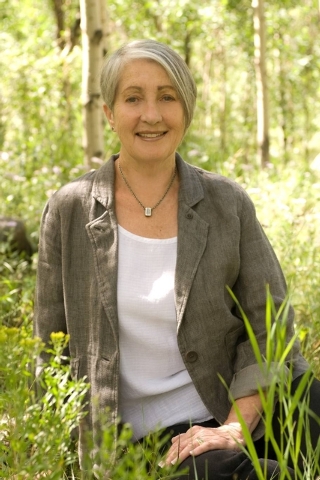 Sandra Dallas based her book “Red Berries White Clouds Blue Sky” on stories shared with her about a real internment camp in Colorado. (Special to View)

Have you ever had to move?

If you have, you know the drill: toys in one box, clothes in another. Boxes everywhere, filled with dishes and towels, and things that will need to be put away in the new house. It’s a mess, but it’s kinda fun.

A move from California to Colorado is at the heart of the new book “Red Berries White Clouds Blue Sky” by Sandra Dallas — but this move is not good at all.

Twelve-year-old Tomi Itano hoped that her little brother Hiro wouldn’t notice the hurtful word on the door of the grocery store. It made her cringe that he was 7 years old and was perfectly able to read the word “Japs.”

It was 1942, and the Japanese had just bombed Pearl Harbor. America entered World War II soon after, which meant plenty of discrimination for Japanese-Americans like the Itanos. Tomi, Hiro and their older brother Roy had been born in America, but that didn’t seem to matter to many in their California town.

Mom said “Shikata ga nai” (“It cannot be helped.”). Pop just kept working on the strawberry farm where they all lived — until the day the FBI showed up, arrested him and took him away to prison camp. Shortly afterward, the rest of the Itanos packed a single suitcase and were forced to move to a relocation camp.

Ellis, Colo., was nothing at all like California, and Tallgrass Camp was nothing like the strawberry farm. Tomi’s family lived in a barracks surrounded by barbed wire in an area that didn’t seem like it would grow anything. There was a school and a community hall where Mom taught other Japanese-American women to sew, but the Itanos didn’t much like living there — especially without Pop. Still, they made friends and started new projects, and things returned to a new kind of normal.

Then the one thing Tomi wanted more than anything finally happened — but it made her mad and bitter. The Itanos were as American as anybody, so why were they treated as if they weren’t? She couldn’t stop being angry, until her brother asked her to do something very important.

Based loosely on real history and a real internment camp in Colorado, “Red Berries White Clouds Blue Sky” is a fascinating story, both for kids and for adults.

In addition to explaining the historical facts, Dallas says in her afterword that years ago she met a couple of Japanese-American journalists who’d spent the war years in relocation camps, and their stories were the basis for bits of this book. That lends definite authenticity, but my favorite part here is that Dallas’ Tomi is everygirl circa 1946, despite what she and her family endures. That will resonate with young readers, who will very easily identify with her.

While boys can surely enjoy this book, it’s meant more for girls ages 9 to 12, particularly those who love historically-based chapter books or who enjoy learning from their novels. For them, “Red Berries White Clouds Blue Sky” is golden.