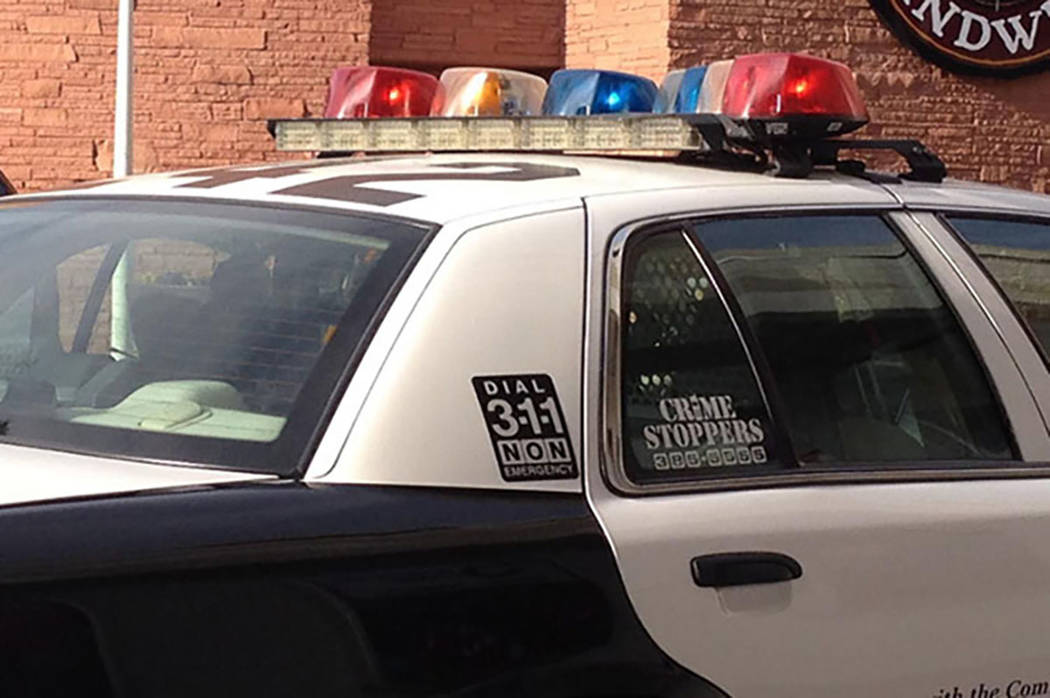 A 49-year-old woman was killed and two people were injured in a crash Sunday afternoon in the east valley, Las Vegas police said.

A 2016 Honda Civic was stopped at a stop sign on northbound Lincoln at Lake Mead while a 1992 Ford Ranger was heading east on Lake Mead approaching Lincoln, a Metro release later said. The Honda, driven by the 49-year-old woman, entered the intersection and drove into the Ford’s path, causing it to hit the Honda’s left side.

The woman, an 8-year-old girl riding as a passenger in the Honda and the 51-year-old man driving the Ford Ranger were all hospitalized at University Medical Center, where the woman died. The girl suffered serious injuries, and the man was treated and released from the hospital, the release said. Police did not suspect he was impaired.

The Clark County coroner’s office will release her identity after her family has been notified.