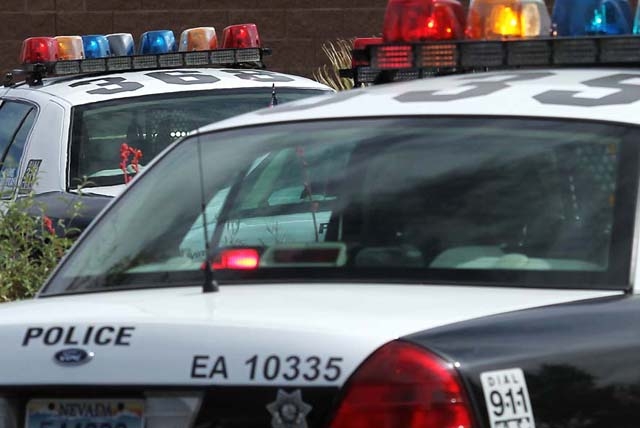 Metro Police respond to a triple homicide involving one female adult and two juveniles on the 10,200 block of Wolf Pack Lane in Las Vegas on April 19, 2013. (Jason Bean/Las Vegas Review-Journal)

The Clark County coroner’s office has identified one of two people killed in a pair of shootings near downtown Monday, which Las Vegas police said were related.

Officers were called about 7:20 p.m. to the 2100 block of Ballard Drive, near the intersection of Charleston Boulevard and Eastern Avenue, police said. They found Jamel Colbert, 32, suffering from multiple gunshot wounds.

About 15 minutes later, officers were called about a dead woman who had been shot once and was inside a vehicle in the 2400 block of Fremont Street, about a quarter of a mile north from the first shooting, police said. Her family was notified, coroner’s office staff said, but her name was not yet publicly released.

Police said the couple were dating but don’t believe the slayings are “domestic related,” police said.

No arrests have been made and police have not determined a motive.

Anyone with any information about this incident can contact the Metro Homicide Section at 702-828-3521 or homicide@lvmpd.com. To remain anonymous, contact Crime Stoppers at 702-385-5555 and www.crimestoppersofnv.com.