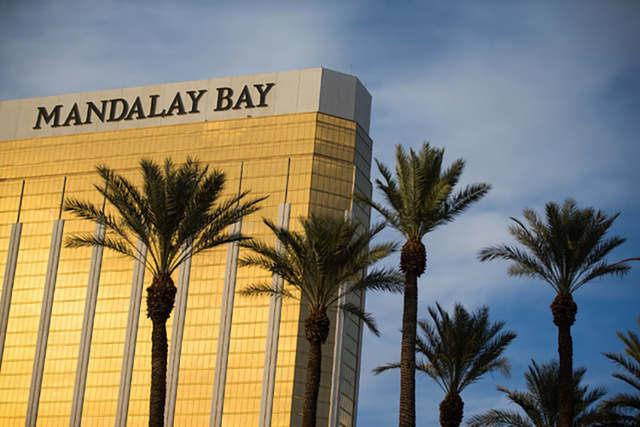 A person died after jumping from a balcony Thursday evening at Mandalay Bay.

The person entered a restricted area of the hotel and then jumped from an upper-level balcony, landing on the rooftop of the valet area, Hatchett said. The person was pronounced dead on scene.

An after-hours request for comment from MGM Resorts International, seeking more information on the incident, was not immediately returned.

Responding officers determined the death was not suspicous in nature, and the Clark County coroner’s office responded soon after.

The coroner will name the person who died once his or her family has been notified.