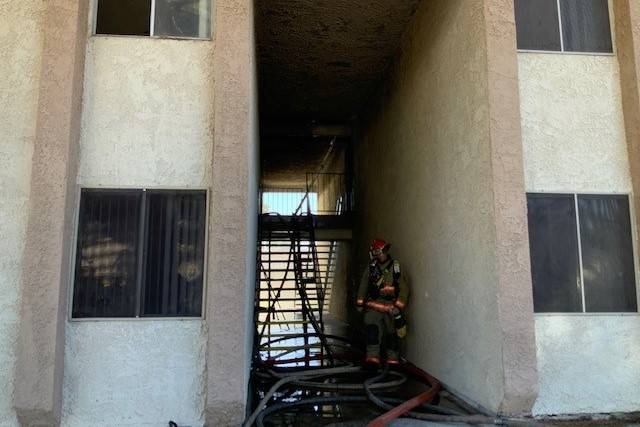 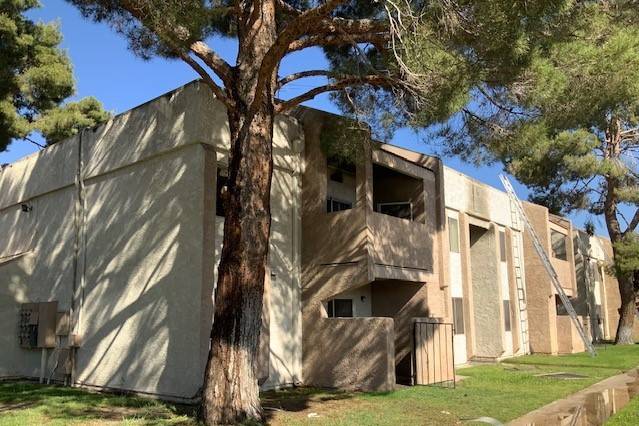 Las Vegas and Clark County firefighters were called at 3:16 p.m. to a fire in the attic of the Walker House Apartments, 2700 S. Valley View Blvd., according to a statement from the Las Vegas Fire Department.

“When firefighters arrived, they found fire in two apartments on the second floor and in the attic,” the statement read.

The two-alarm fire took about 45 minutes to put out, destroyed the attic and heavily damaged four second-floor and four first-floor apartments. Damage was estimated at $500,000.

No one was injured, officials said. The cause of the fire remained under investigation Wednesday night.

“Fire investigators believe the fire started on the floor in the breezeway outside two apartment doors,” the fire department said. “The fire then spread to the two doors, burned up and through the doors getting inside each apartment.”

The American Red Cross is assisting the ten residents who were displaced.