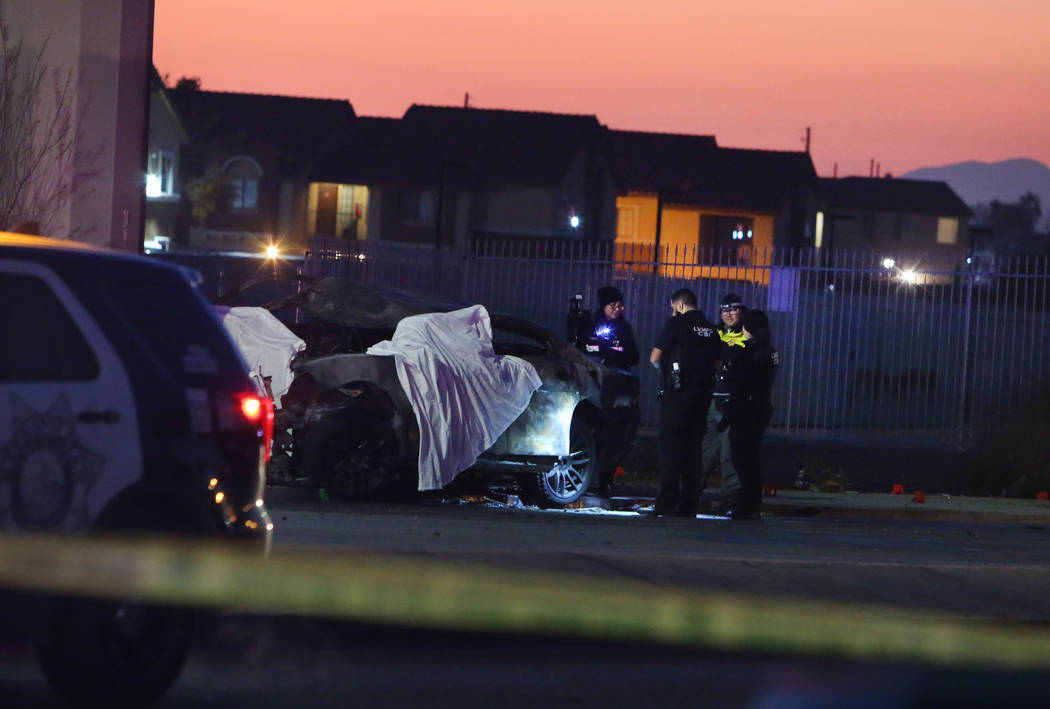 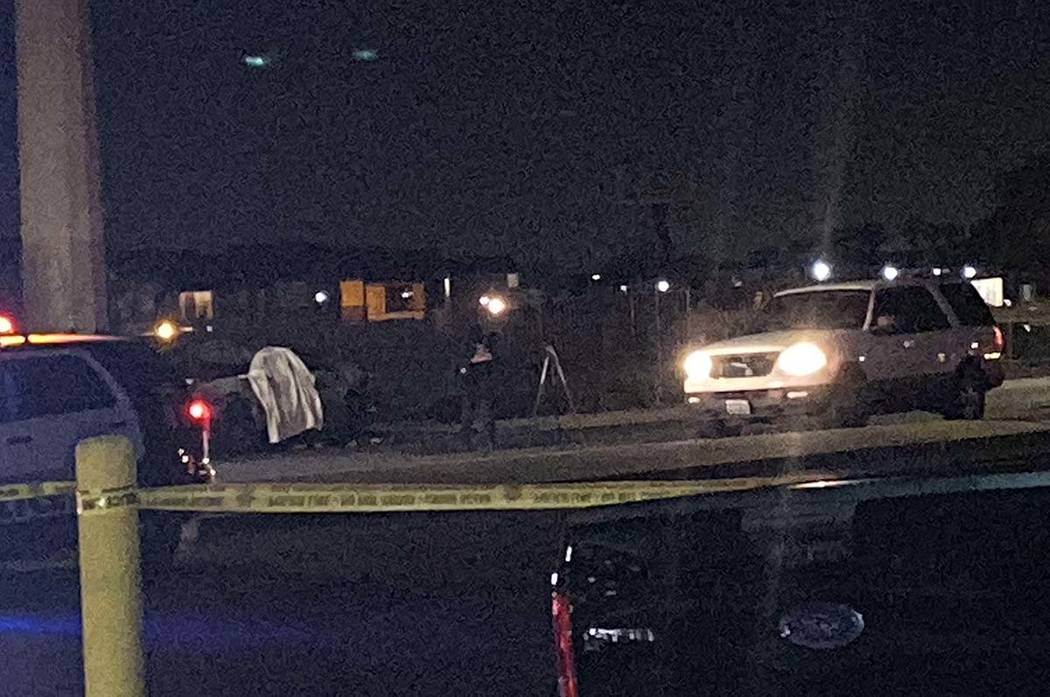 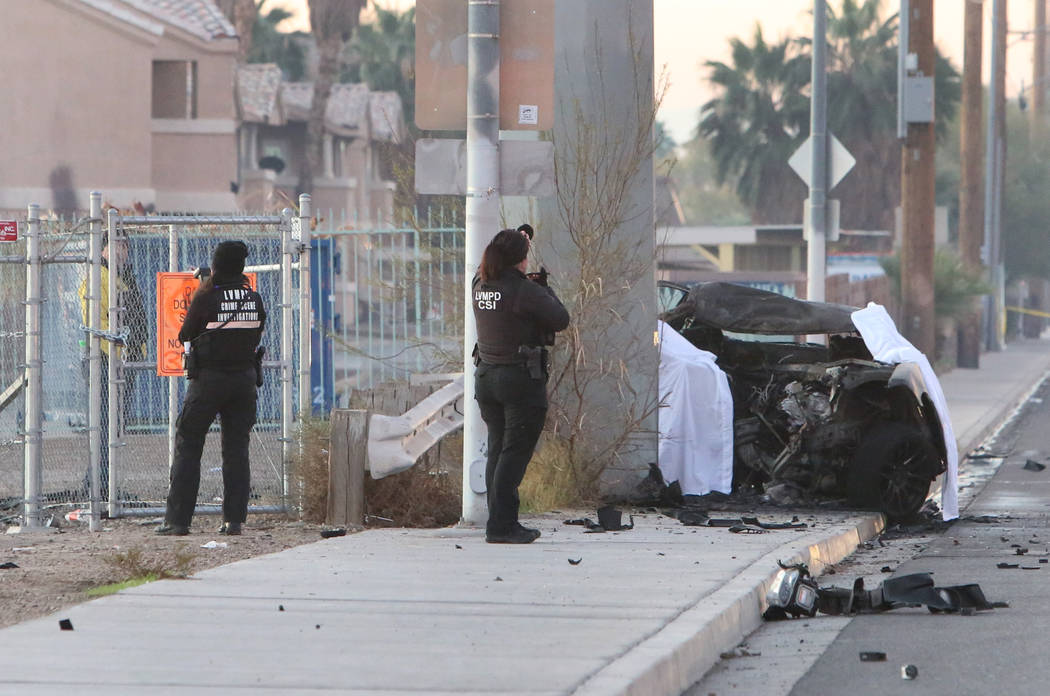 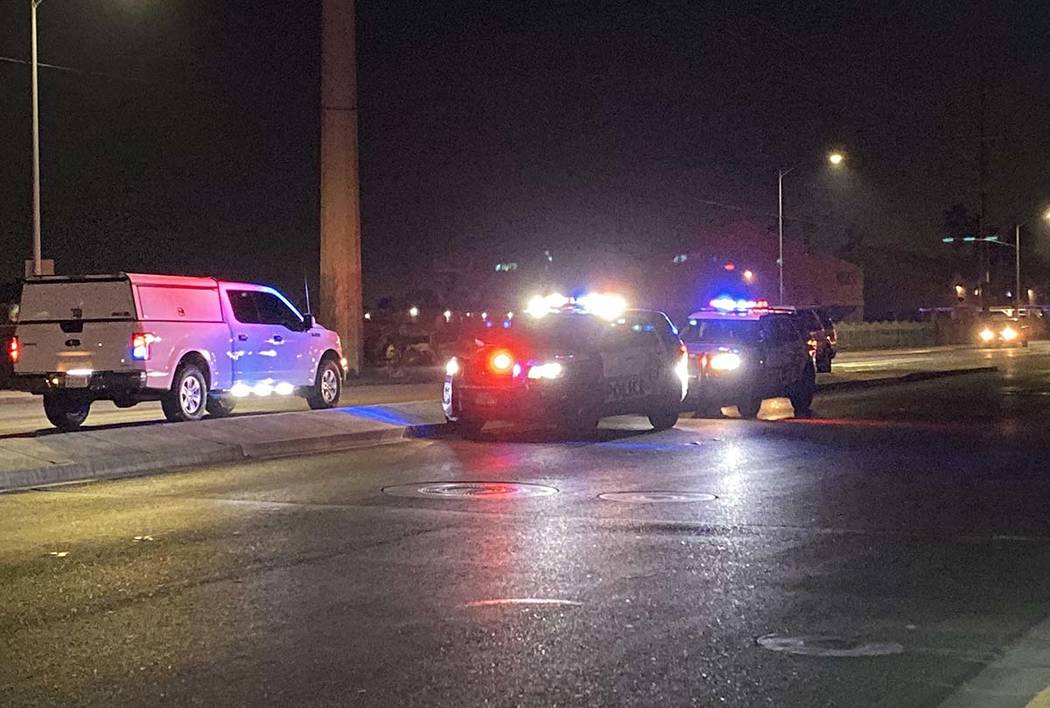 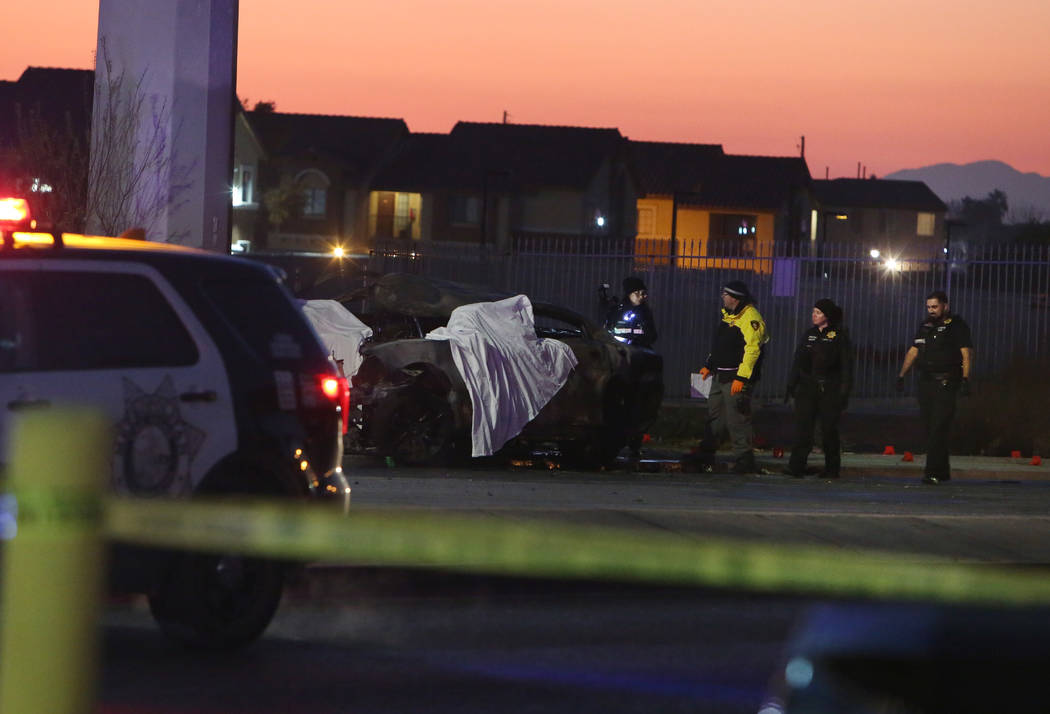 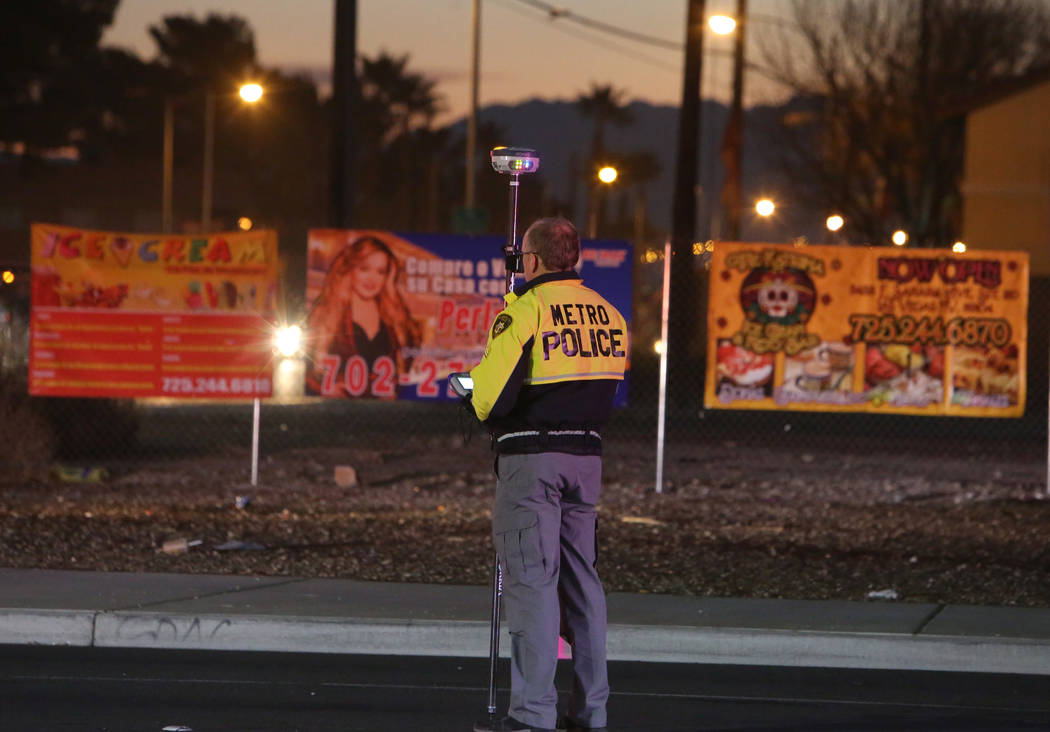 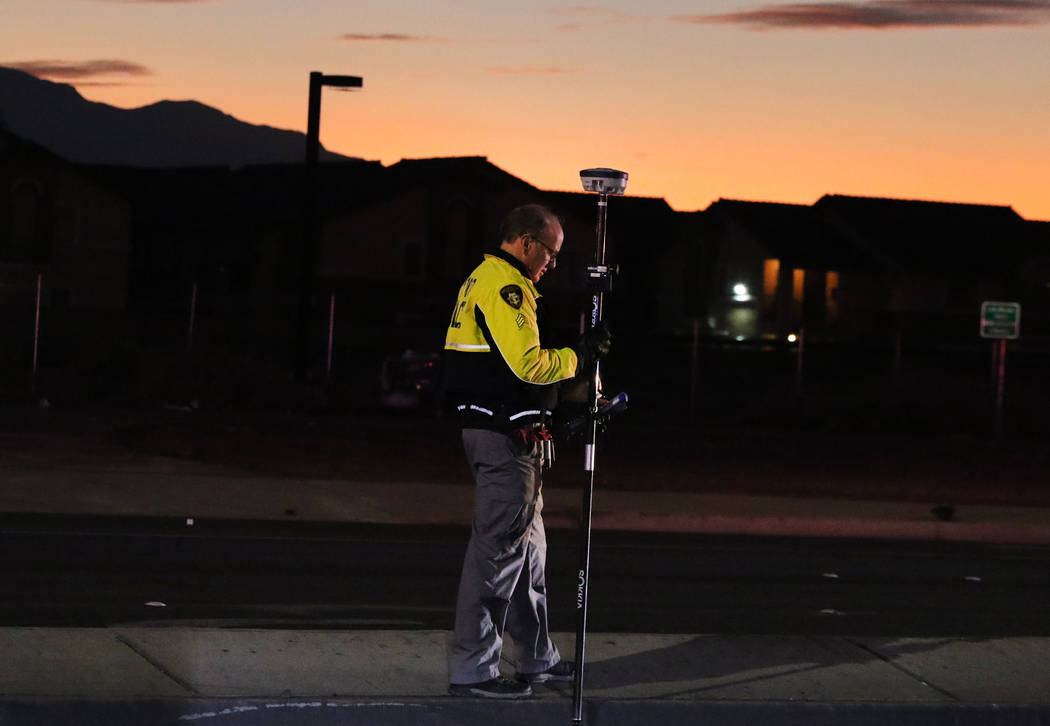 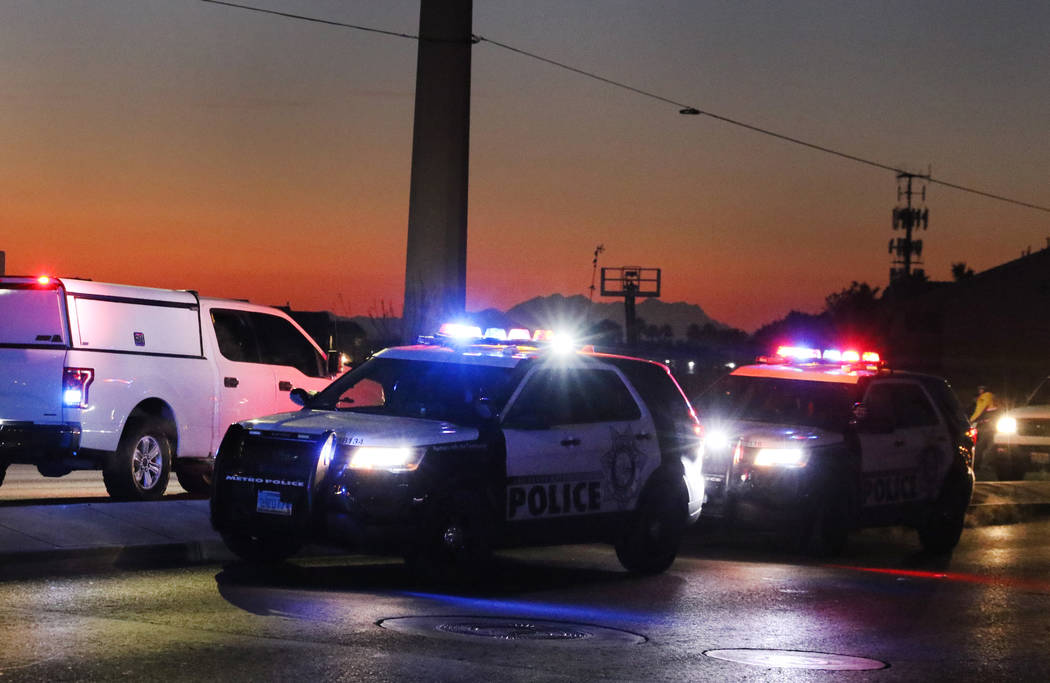 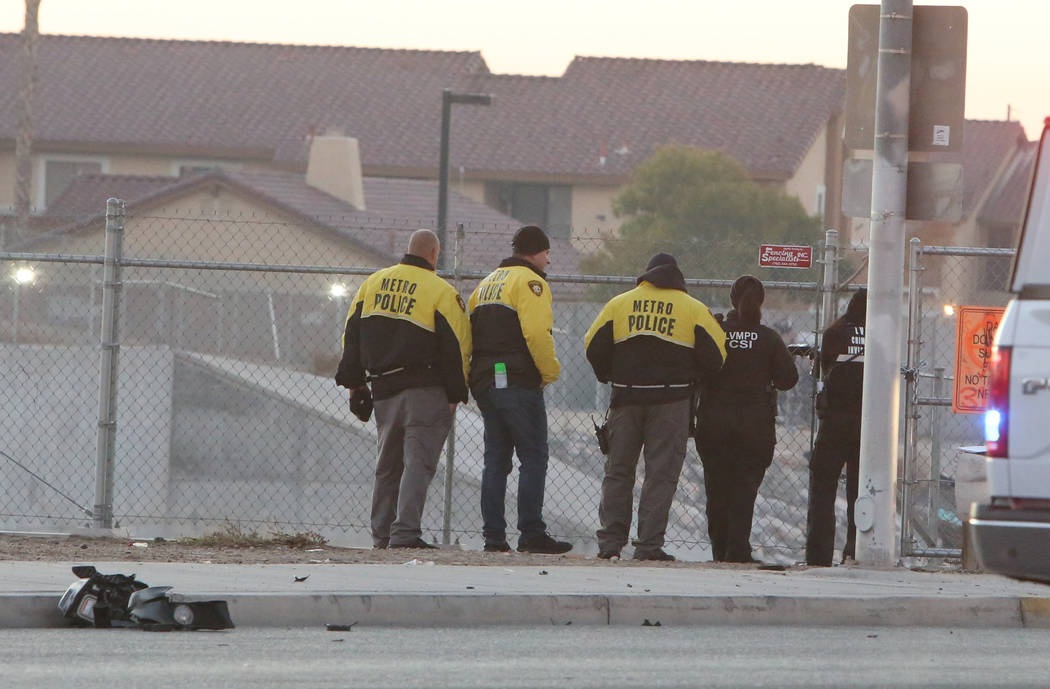 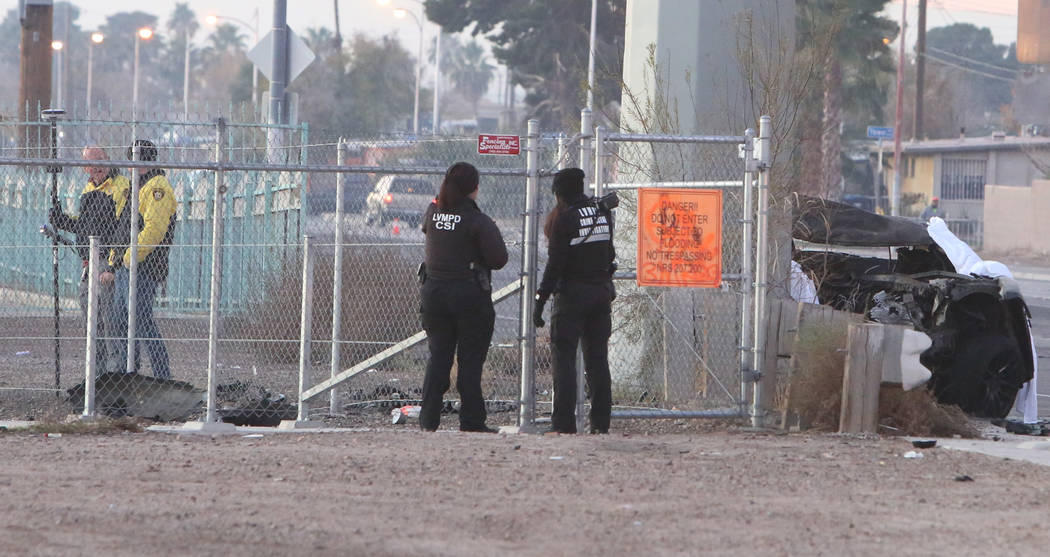 Two people died early Friday when a car traveling at a high rate of speed clipped a pickup then slammed into a light pole and burst into flames in east Las Vegas, police said.

The crash occurred about 3 a.m. in the northbound lanes of Pecos Road near East Lake Mead Boulevard, according to Metropolitan Police Department Lt. Ken Nogle.

Police Capt. Jason Letkiewicz said a 2012 Dodge Charger driven by a 26-year-old Las Vegas man was headed north on Pecos “at a high rate of speed” when it struck the rear of a northbound pickup. The Charger then struck a large light pole and caught fire.

The driver of the Charger and a 25-year-old female passenger, also from Las Vegas, died at the scene. Their names were not released pending notification of next of kin.

“Speed was definitely a factor in this based on the extent of the damage to the vehicle,” Letkiewicz said. “The word of the driver (of the pickup was) he (the driver of the Dodge) came up very fast. … It was not a race between the two vehicles, but the Charger was moving at a very high rate of speed.”

The 43-year-old pickup driver, also from Las Vegas, was not injured and was not suspected of driving while under the influence of alcohol or other mind-altering substance. It was too early to say whether the driver of the Charger was impaired, Letkiewicz said.

The Dodge Charger had paper tags and was recently purchased, Letkiewicz said.

Pecos Road was shut down in both directions from Lake Mead to Flower Avenue throughout the morning hours before reopening shortly before noon.