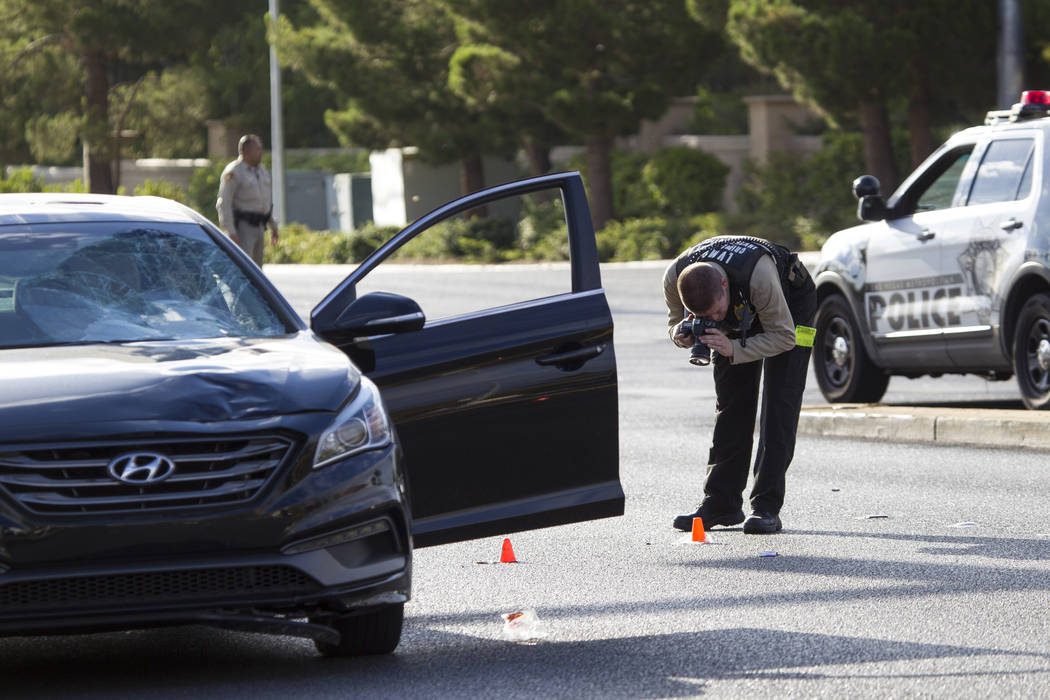 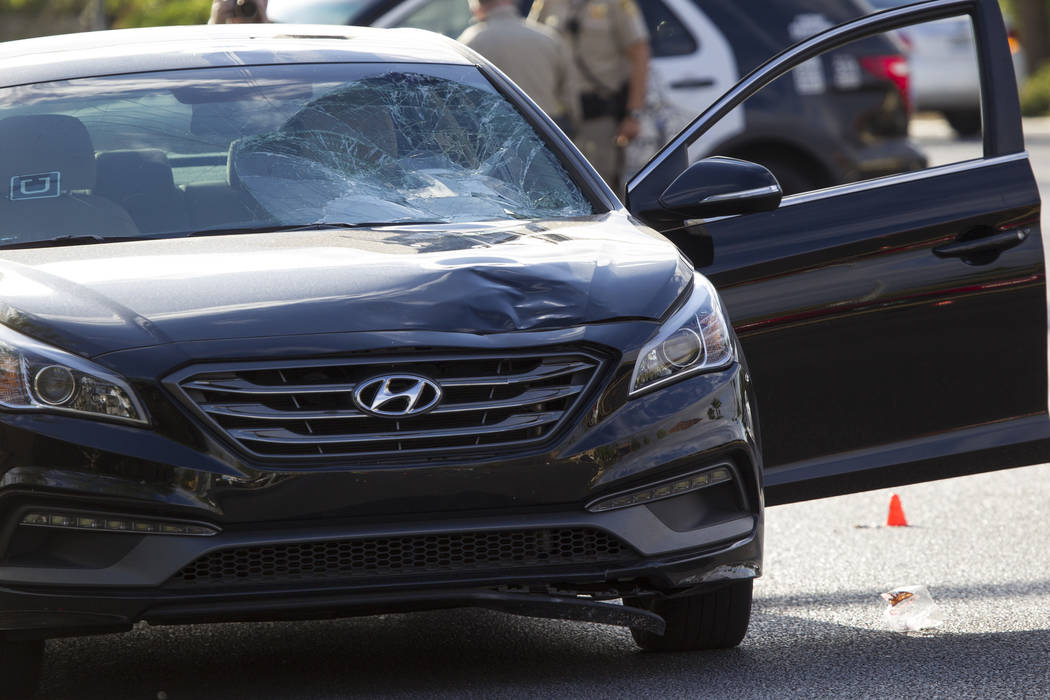 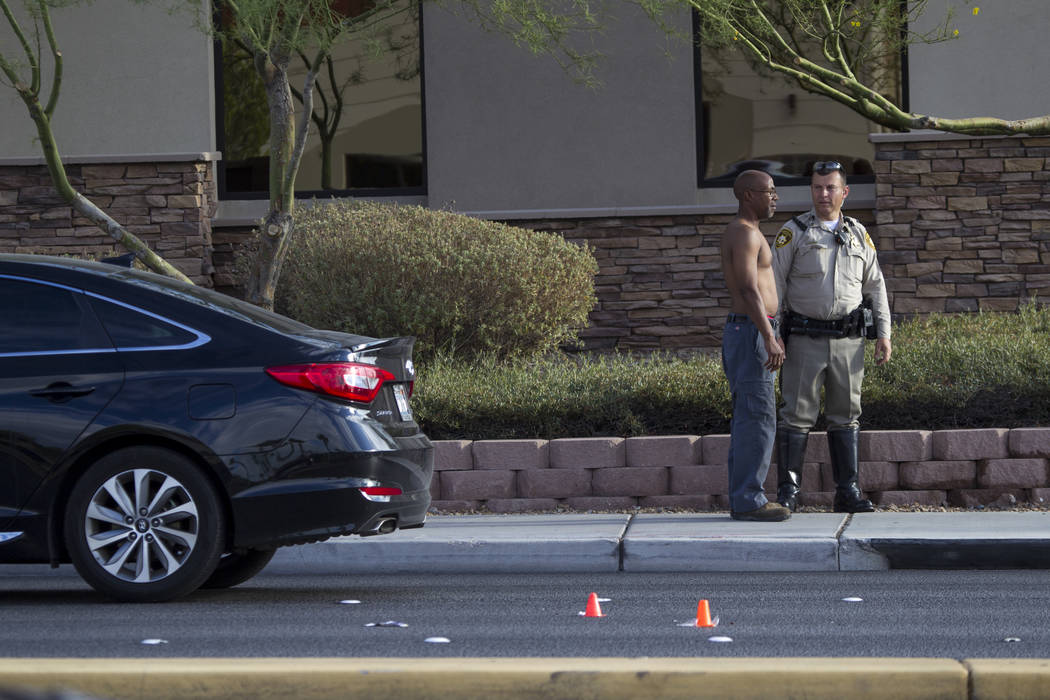 Police talk to a man at the scene of an auto-pedestrian crash, Friday, Aug. 4, 2017, at the intersection of West Tropicana Avenue and South Durango Drive. (Richard Brian/Las Vegas Review-Journal) @vegasphotograph 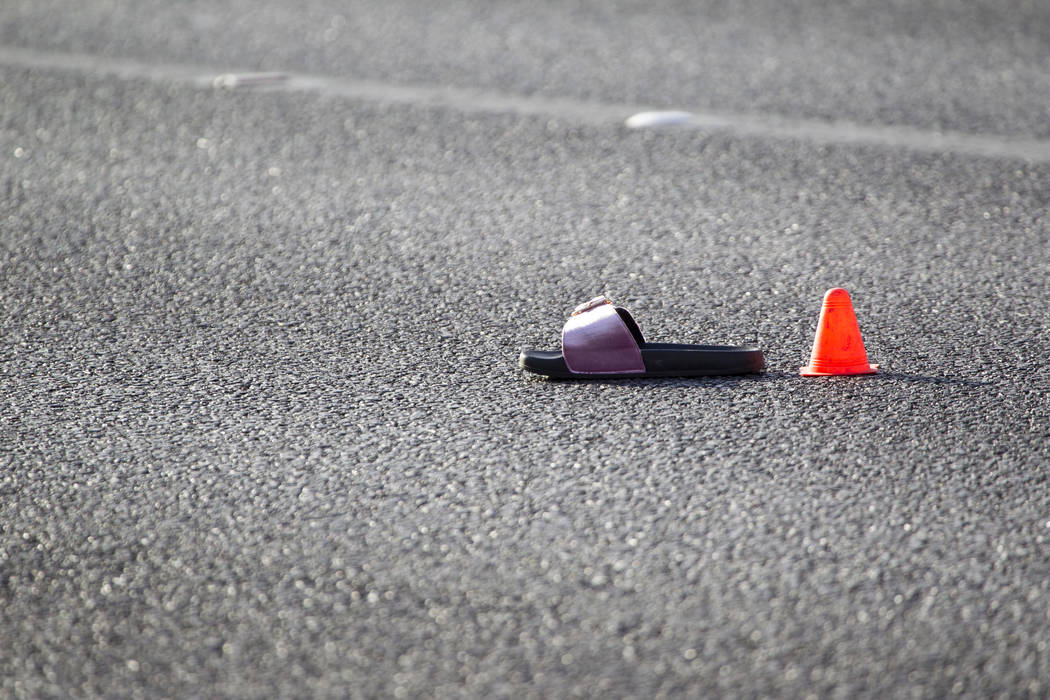 A sandal is marked as evidence after an auto-pedestrian crash, Friday, Aug. 4, 2017, at the intersection of West Tropicana Avenue and South Durango Drive. (Richard Brian/Las Vegas Review-Journal) @vegasphotograph 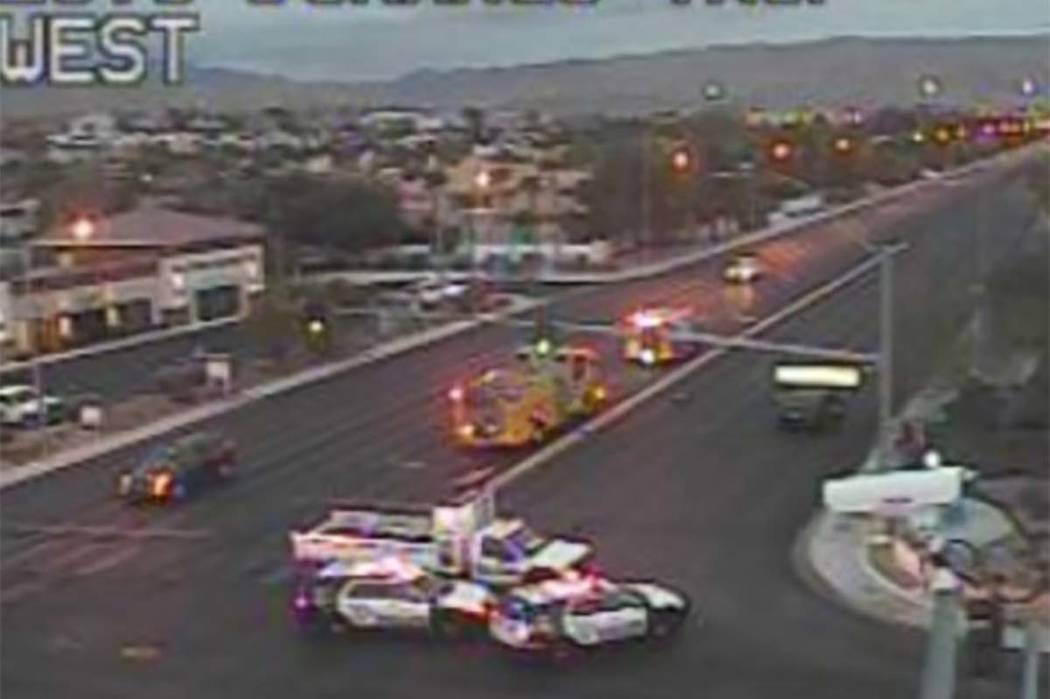 Two teenagers were injured in a crash at Tropicana Avenue and Durango Drive on Friday morning, Aug. 4, 2017. (FAST Cameras/RTC)

Two teenagers were injured when they were hit by a vehicle Friday morning in the western valley.

The crash happened about 5:20 a.m. at Tropicana Avenue and Durango Drive, police said.

Metro Lt. Peter Kisfalvi said both pedestrians appeared to be about 14 or 15 years old. One had minor injuries. The other was taken to University Medical Center with nonlife-threatening injuries.

The driver who hit the teenagers remained at the scene after the crash.

Westbound Tropicana was closed at Durango while police investigated but has reopened, according to the Regional Transportation Commission.