A mother held a sign that read “Stop Killing Our Children” above her toddler in stroller as a friend snapped a cellphone photo.

A little girl clutched a doll covered in a bright red liquid that resembled blood.

A father showed his young daughter how to hold a megaphone up to her mouth as she called out, “Free, free Palestine!”

People of all ages rallied in Las Vegas Saturday, hoisting signs calling for an end to the violence in Gaza.

The more than 250 protesters gathered peacefully outside of the Lloyd George U.S. Courthouse to show support for Palestinians as violence continued to rage on the Gaza Strip.

The rally came two days after about 60 people turned out for a prayer vigil at the Jamia Masjid mosque in Las Vegas and more than a week after over 300 people attended a rally in support of Israel that was hosted by the Jewish Federation of Las Vegas at the Adelson Educational Campus in Summerlin.

The rally was born out of the friendship of three Las Vegas women who wanted to create awareness in their city about the conflict.

Selsabeel Elyaman, who is half Palestinian, Hanan Ouassini, who is Moroccan, and Suraiya Gani, who is from South Africa, said the protest comes with the hope that people will realize that what is happening in Gaza isn’t a religious issue, but a human issue.

Elyaman said she was shocked by the turnout, noting she had expected maybe 20 people. The more than 250 people who gathered was a heartening surprise that demonstrated Las Vegas’ capacity to care, she said.

“It just kind of shows what is going on in the world,” Elyaman said. “It’s not a war. This is a humanitarian crisis. This is something everybody needs to care about.”

While the women said the focus was simply to stop the violence, passions were high at the protest.

Ali Diab, a Las Vegan who has family in Gaza, kicked off the rally by leading the crowd to chant phrases such as, “Down, down Israel!” along with “Stop Killing Our Kids!”

Diab said he has talked with his 22-year-old sister in Gaza many times during the week. His sister has three children and the violence against children is shocking for Diab.

Diab said he was on the phone with her recently and heard a bomb go off in the background. He was terrified. His sister tried to reassure him by saying, “It’s a mile away from us don’t worry — but the whole house shook.”

“Who could watch such a massacre take place?” He asked. “This is totally insane. Everybody is so mad.”

Diab added Palestinians are peaceful people and no one likes to see blood.

The array of signs ranged from peaceful to accusatory. Several signs demanded Israel end its “war crimes.” Others called the conflict genocide. One sign simply read: All You Need is Love #VegasforPalestine, a Twitter hashtag.

“I will respect any rally and any supporter who will say stop the violence on both sides,” said Amir Eden, regional director of Israeli-American Council, who added he couldn’t speak to the rally since he was not there.

Eden noted he does become frustrated when people accuse Israel of genocide, especially as someone who lost family in the Holocaust.

“Do we have the right to defend our citizens? We have the obligation to do so,” said Eden, who has family in Israel.

“I don’t want people who are non-combative to be killed. But what we do right now is we do whatever we have to do to stop the rockets.”

Eden said he served in Israel’s army, as did his father and brothers.

Eden said every rocket Hamas, the armed wing of the Palestinian Islamic political party, launches is “basically a war crime.”

Israel and Hamas have been locked in conflict for 12 days and death tolls are rising.

Israeli bulldozers on Saturday demolished more than a dozen tunnels the military said were being used by Hamas gunmen to sneak beneath the southern border of the Jewish state and carry out attacks on its soldiers and civilians.

Palestinians reported intensified airstrikes and shelling as the death toll from Israel’s ground offensive rose to at least 342 Palestinians, including many civilians. Several Israelis — soldiers and civilians — have also been killed since the fighting began more than 10 days ago.

The bloodshed drew additional attention after it was reported that four Palestinian boys between the ages of 9 and 10 were killed by Israeli shells Wednesday while playing on a Gaza beach.

The Associated Press contributed to this report. Contact Bethany Barnes at bbarnes@reviewjournal.com or 702-477-3861. Find her on Twitter: @betsbarnes. 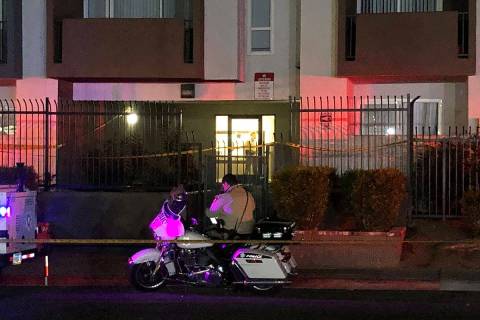 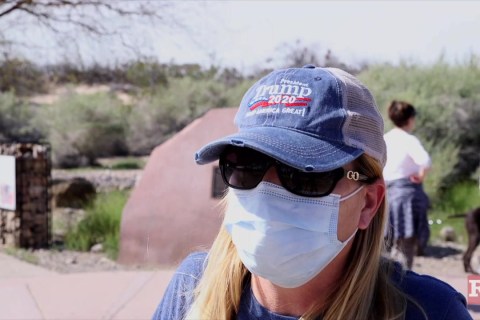 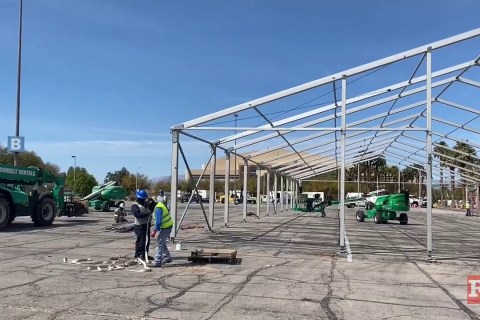