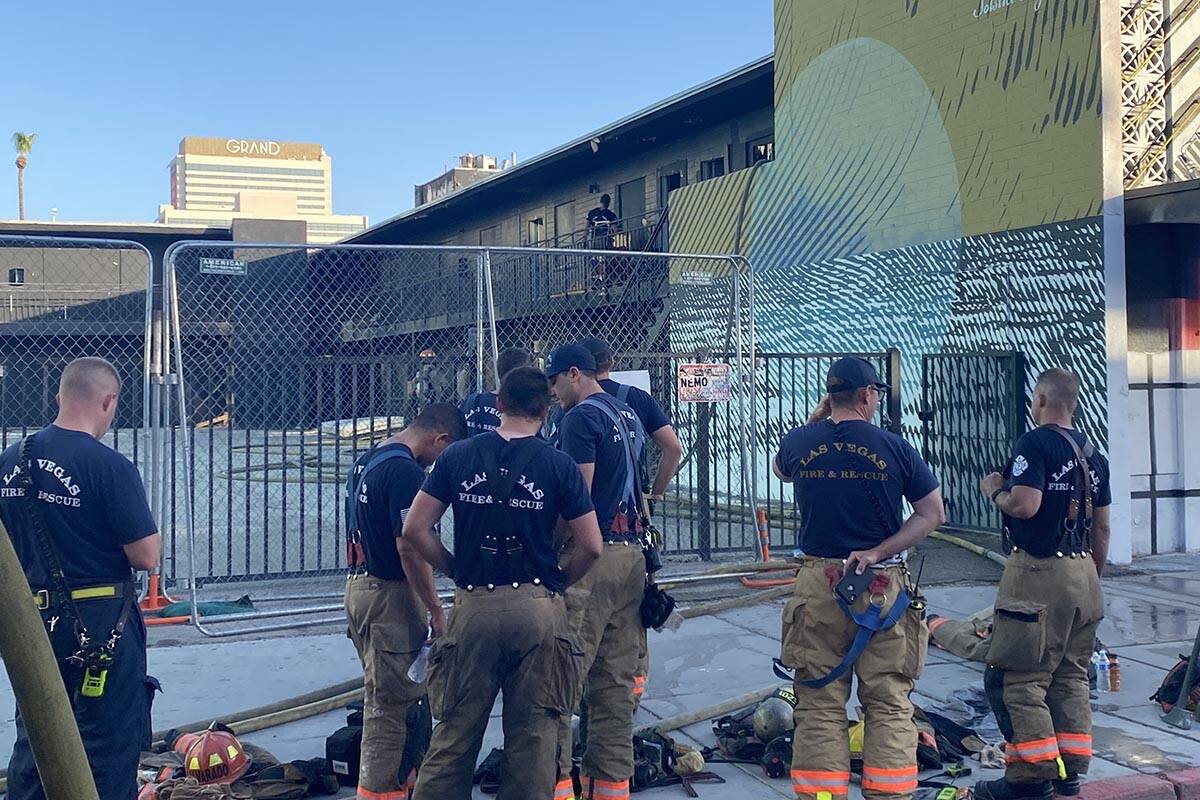 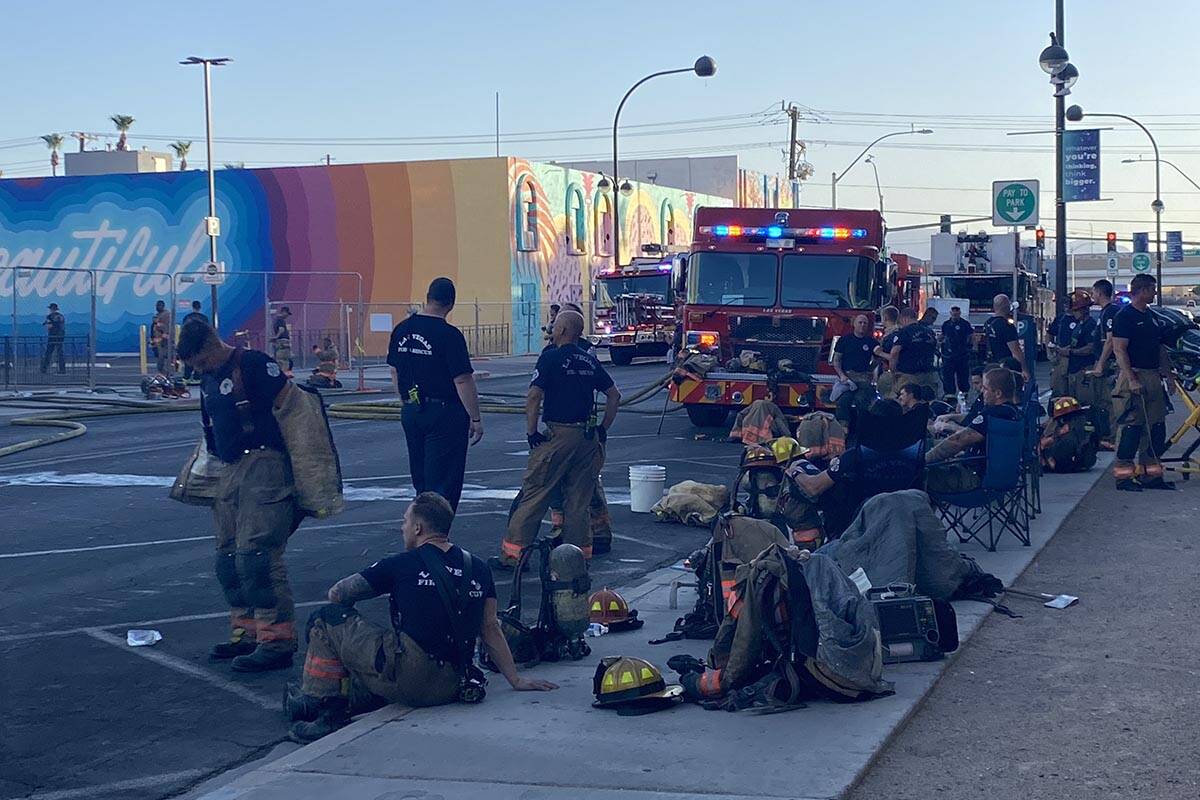 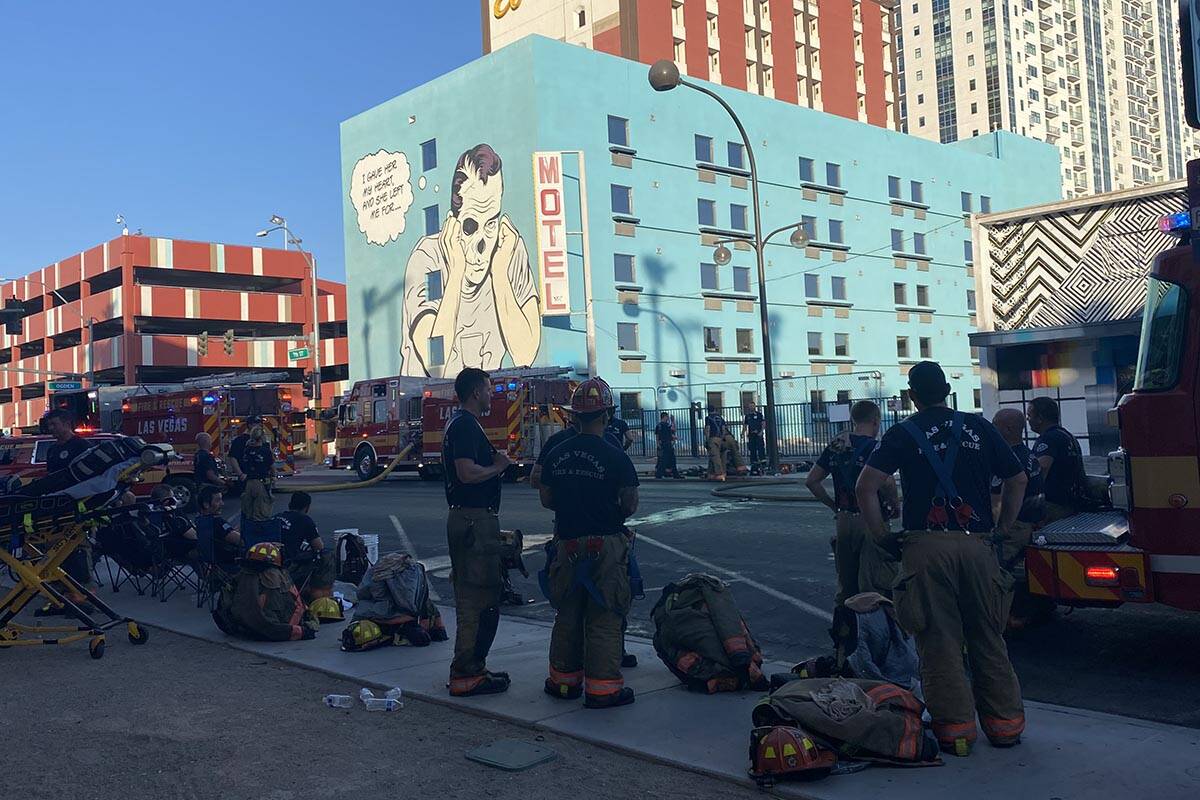 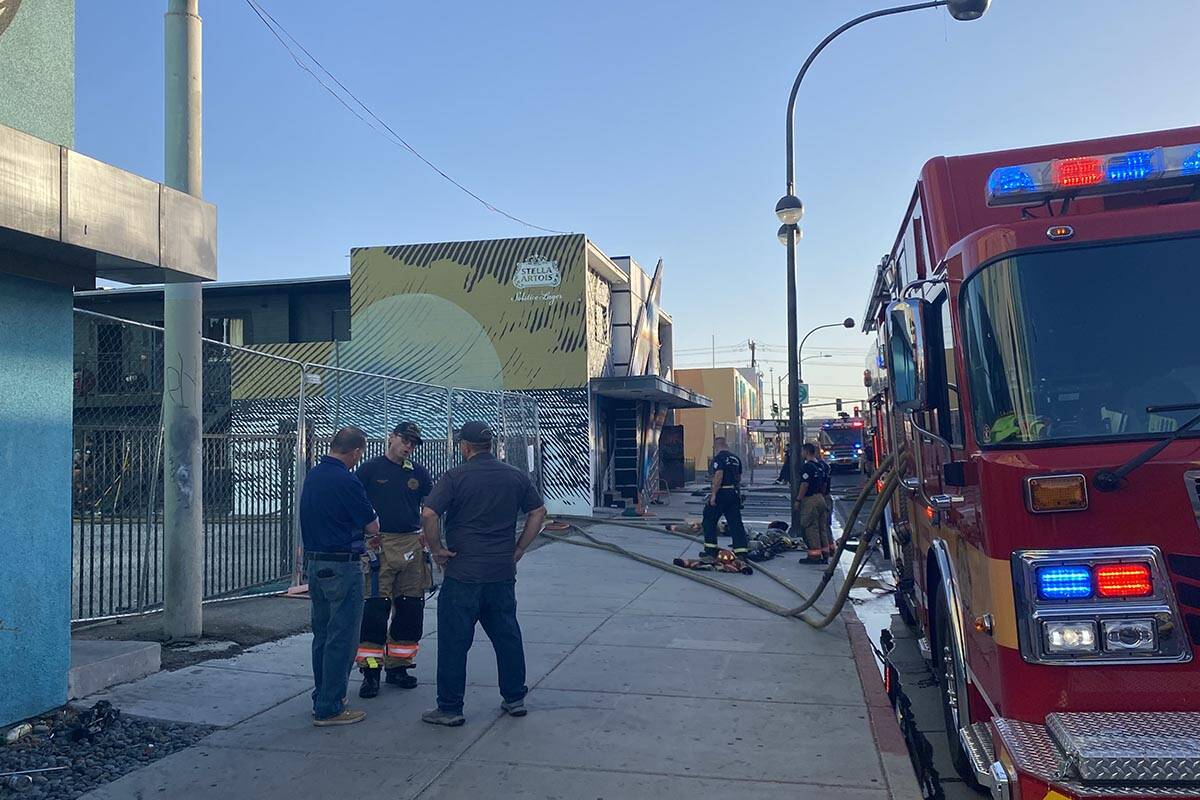 Las Vegas firefighters responded to four fires in vacant Las Vegas buildings in 10 hours starting Sunday night, officials said, pointing to the possibility that each of the blazes were started by homeless people.

Las Vegas Fire Department spokesman Tim Szymanski said the first fire was reported at a vacant restaurant at 3131 N. Rainbow Blvd., near West Cheyenne Avenue, on Sunday at 7:41 p.m, resulting in about about $35,000 in damage.

Three more fires then broke out at vacant downtown buildings in a six-hour span overnight. None of the fires were believed to be related.

DeMasi said a building down the street from the rental properties he owns on North 9th Street caught fire more than 20 times in two years until it was recently torn down.

He suggested that property owners in the city take more responsibility for their properties, while the city should further its efforts to tackle blight in downtown neighborhoods, and police need to be more aggressive about arresting homeless people engaging in crimes in and around vacant buildings.

“They (property owners) need to visit their properties more regularly,” DeMasi said. “They need to post no trespassing. At some point, if someone is on your private property, Nevada has got pretty good laws. We are not the same as California. By you not removing them and taking the stance that it’s a social problem, you are creating what’s called a chronic nuisance in the city of Las Vegas.”

“The city of Las Vegas requires property owners to properly secure and monitor vacant buildings,” a city spokesman said. “Each building has its own set of variables, but if a building is determined to be a public safety hazard, and ownership is unresponsive in removing the structure, the city can pull permits for demolition and bill the property owner.”

In the other overnight fires, Szymanski said a one-story vacant motel burned at North 13th and Fremont streets at 11:22 p.m.

“We’ve been there a number of times,” Szymanski said. “Apparently it was a fire in one of the units. It looks like it could possibly be due to homeless because it appeared it was being used by homeless people.”

At 11:55 p.m., firefighters responded to a vacant home in the 400 block of Harrison Avenue near West Owens Avenue and D Street. The fire was in a structure that had previously burned.

“It looks like it was possibly due to homeless people outside and extended to the building,” Szymanski said.

Then, at 5:14 a.m., firefighters were called to the vacant Cabana Suites, 651 E. Ogden Ave., for a fire at the motel. The fire was extinguished by 6:15 a.m. by more than two dozen firefighters.

On Wednesday, the Clark County Fire Department battled a warehouse fire at a building on the 4000 block of Bertsos Drive, near West Flamingo Road and Arville Street for hours. Deputy Fire Chief Warren Whitney said the building has been vacant for years and that authorities were investigating the likelihood that squatters started the blaze.

None of the fires resulted in any injuries.