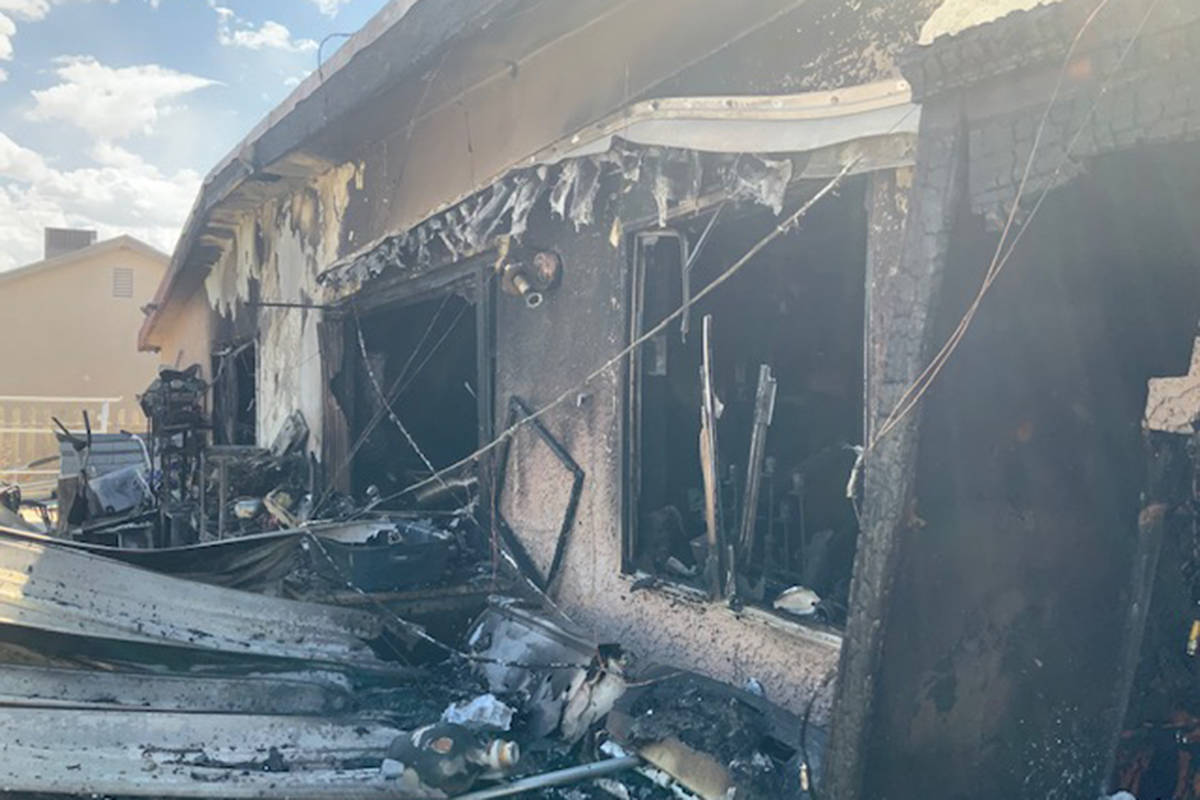 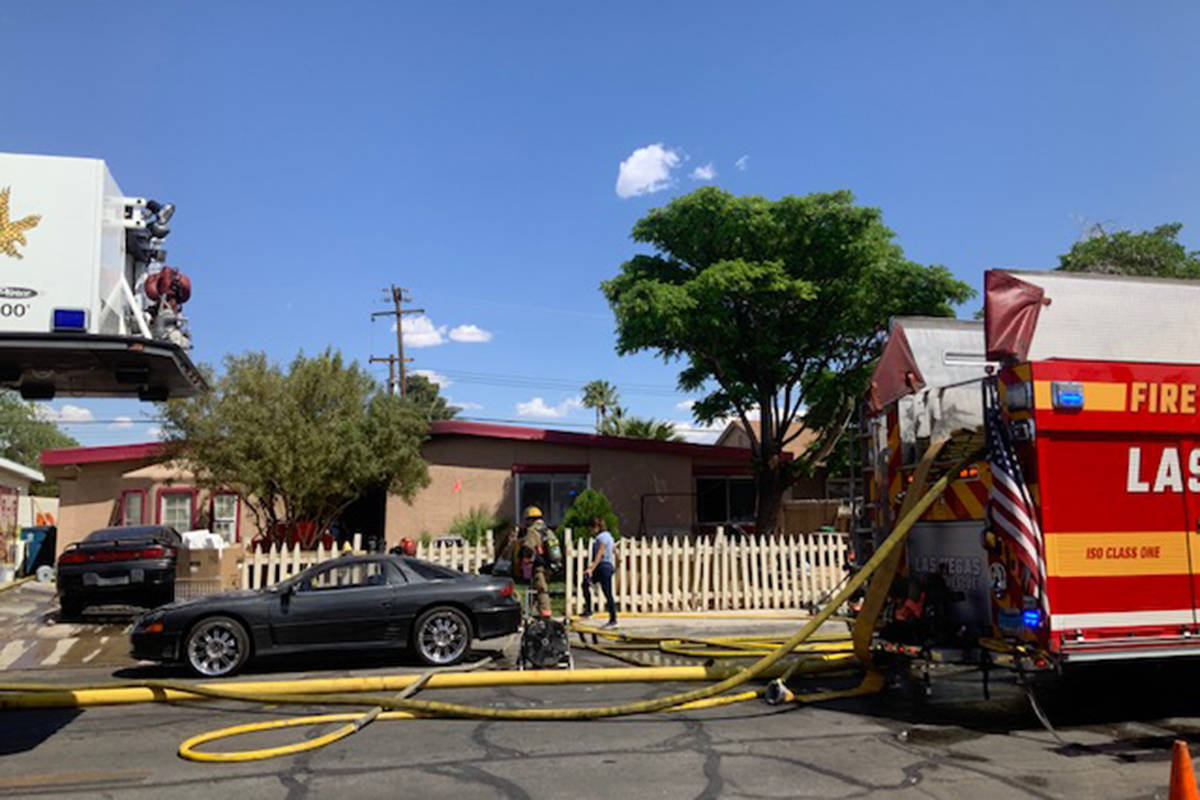 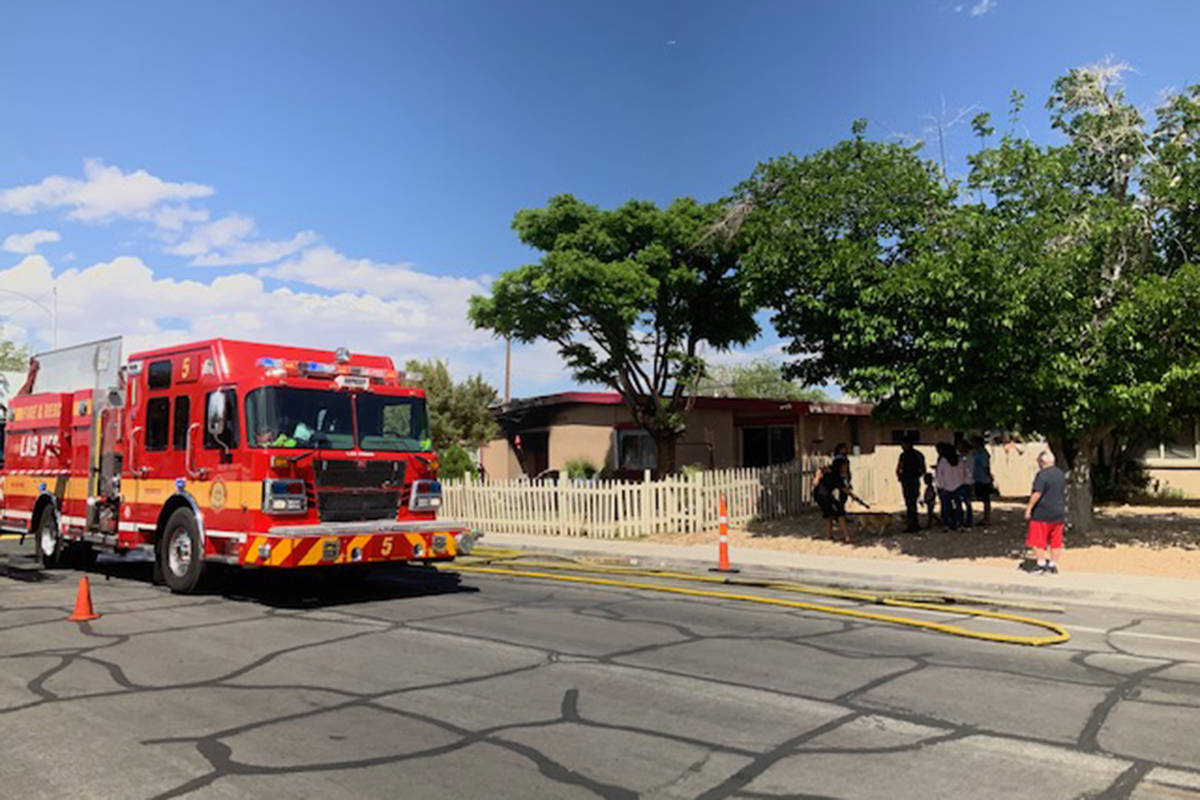 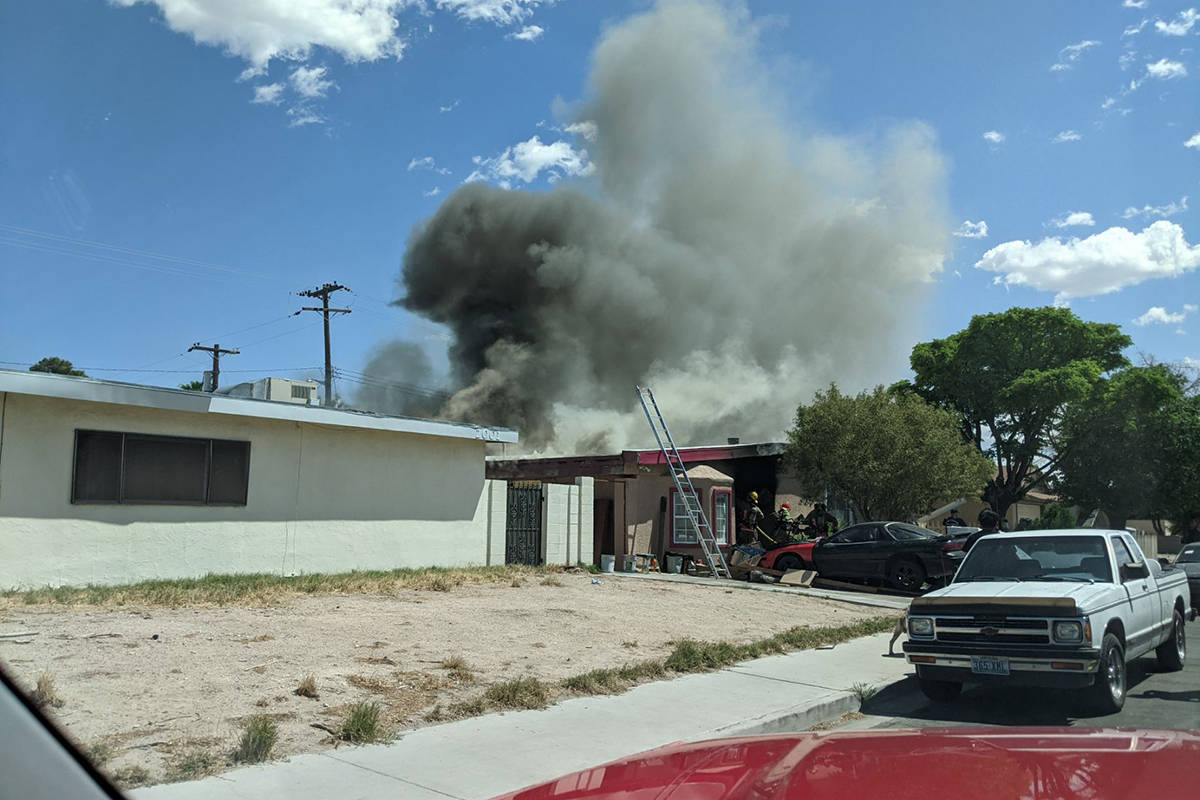 Firefighters responded just before 1:45 p.m. to a home on the 2000 block of Las Verdes Street, near Oakey and Valley View boulevards, according to the Las Vegas Fire Department Twitter account.

Heavy damage was sustained in the home’s interior, according to a Las Vegas Fire Department news release. No injuries were reported.

The preliminary investigation found that a motorcyclist was driving at a high rate of speed and slammed into the back of a Nissan SUV.