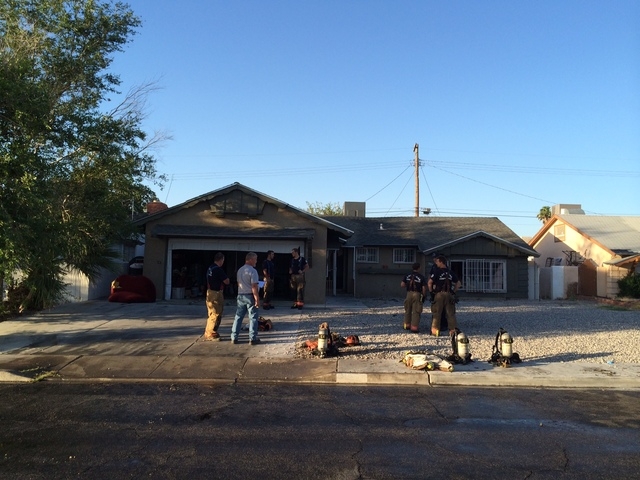 Five members of a family and a neighbor were treated for smoke inhalation after a house fire Friday morning at 1916 Wengert Ave., near East Charleston Boulevard and Eastern Avenue. (Courtesy/Las Vegas Fire Department) 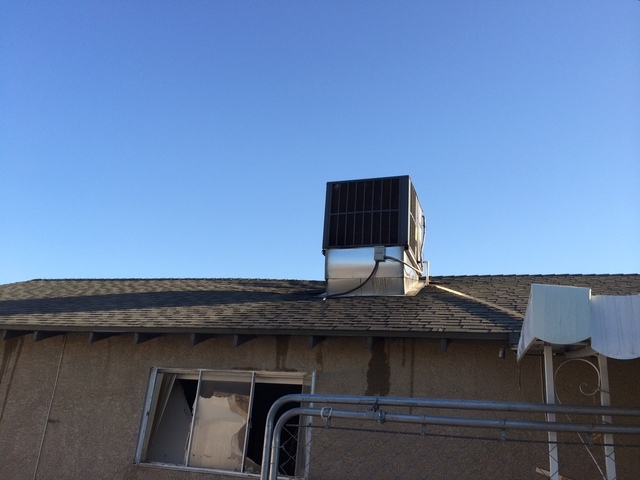 Las Vegas Fire Department spokesperson Tim Szymanski said firefighters arrived at 1916 Wengert Ave., near East Charleston Boulevard and Eastern Avenue, shortly after 5 a.m., where they found a fire that started in the home’s attic, near the air-conditioning unit, Szymanski said.

Five members of the family living in the house and a neighbor who alerted them of the fire were taken to University Medical Center and Sunrise Hospital and Medical Center to be treated for smoke inhalation, Szymanski said. One of the family members also suffered “severe” cuts while evacuating through a window.

Szymanski said all the damage to the house was in the attic and that it appears to be electrical, which he said the family has had issues with since December. There were no smoke alarms in the house.

Damage is estimated at $125,000. Szymanski said the American Red Cross is assisting the displaced family.