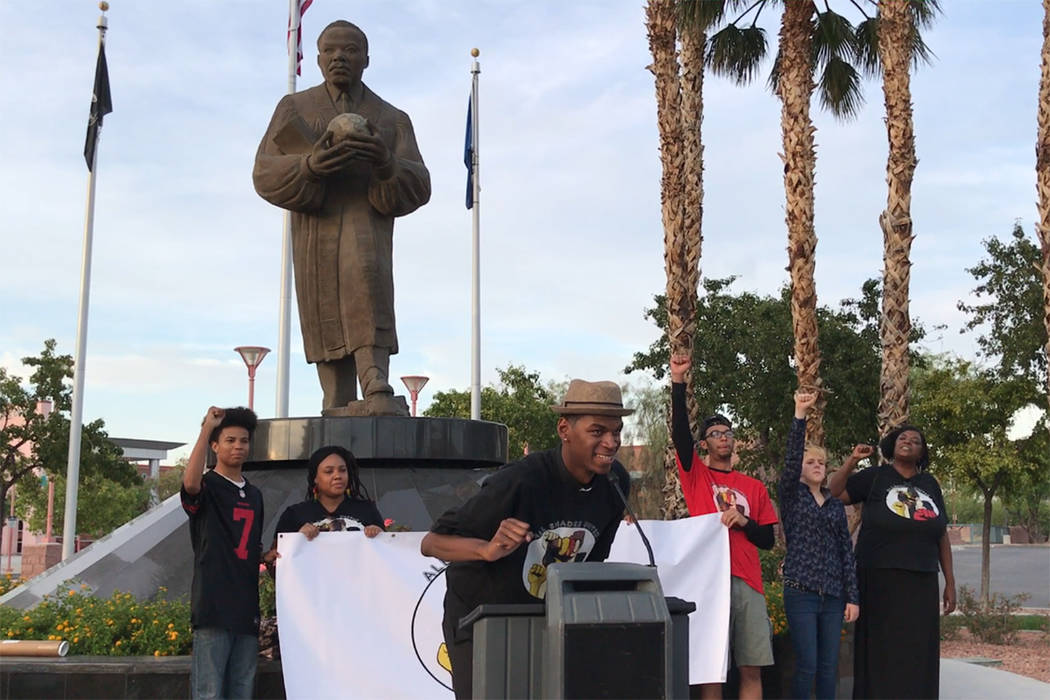 Stretch Sanders, founder and president of the activist group All Shades United, addresses media and community members at a peaceful gathering on Monday, May 29, 2017. (Blake Apgar/Las Vegas Review-Journal) @blakeapgar

Organizers of a Sunday protest — which turned violent when a passer-by appeared to take a protester to the ground — held a peaceful gathering Monday.

Stretch Sanders, the founder and president of All Shades United, called for the meeting to bring awareness to what he says are longstanding policing problems within the community.

Specifically, the group aimed to bring awareness to the death of Tashii Brown, who died after he was stunned with a Taser seven times, punched and placed in an unauthorized chokehold for more than a minute by a Las Vegas police officer earlier this month. The officer involved, Kenneth Lopera, is on paid leave while the death is being investigated.

Monday’s meeting was planned before Sunday’s protest. Sanders opened the meeting to questions by both community members and news media, but he would not address anything that happened at the protest the day before, when several people were cited or arrested on the Strip.

At least seven police cars were stationed behind a nearby building at the beginning of Monday’s meeting. No arrests were made.