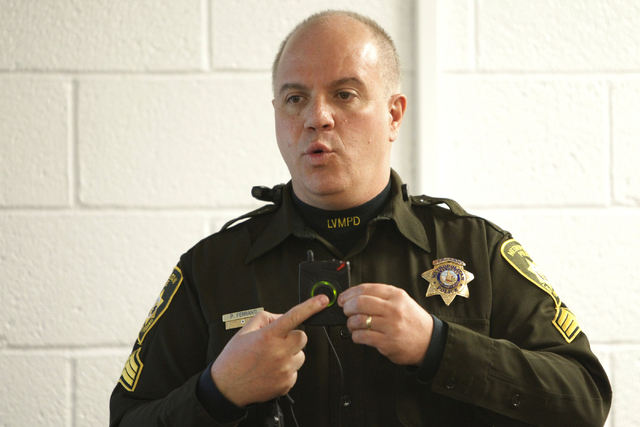 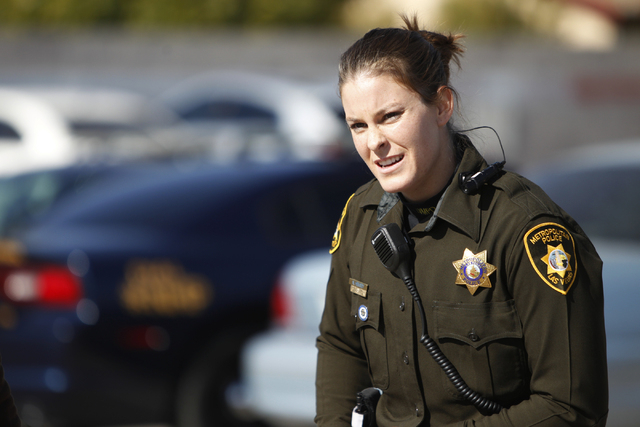 Las Vegas police officer Nicole Hemsey gets ready for a role play a police traffic stop scenario during a presentation of the department's body cameras for the media at the Mojave Training Center in Las Vegas Wednesday, Nov. 12, 2014. (Erik Verduzco/Las Vegas Review-Journal file)

It’s only a matter of time before all uniformed Las Vegas police officers are equipped with body-worn cameras.

That was the consensus of police and academic representatives who participated in a panel discussion Saturday at the University of Phoenix campus.

The Metropolitan Police Department requires body cams for all new recruits, who wear slightly more than half of the 500 or so body cams in use in the field today. Department veterans are given the option of wearing one, but Metro’s policies don’t require them across the board.

Las Vegas police Sgt. Peter Ferranti, a supervisor in the department’s video unit, said the Legislature sent a strong message that a statewide mandate may be coming down the road when it passed a law in 2015 requiring Nevada police agencies to start preparing policies for body cams.

And in recent months, Ferranti has seen officers in specialty units volunteering to wear the cameras. Requests came from the SWAT unit in December and from the K-9 unit in February.

Daniel Barry, a retired Las Vegas police officer and the chairman of the University of Phoenix College of Security and Criminal Justice, compared body-worn cameras to the rise of DNA testing in the 1990s: Both technologies were policing game-changers.

Although the department said its body cam policies were crafted based on national best practices, speakers pointed to a few challenges that will need to be confronted as the technology evolves.

Storage for the videos is demanding and costly: With more than 500 units in use, the department has about 300,000 videos stored on the Internet. Of those, 90,000 are marked for long-term storage. Most videos are automatically deleted after 45 days.

And preparing the footage for release is labor-intensive: Thirteen requests have been made to the department for body cam footage in the past six months. About half of them had to be dismissed because there was no footage for the incidents in question. Others couldn’t be released because of pending criminal cases, and one had been automatically deleted, Ferranti said.

The department released body cam footage in response to a request for the first time Thursday. It took eight hours to redact the footage to make sure that personal details — things like addresses and social security numbers — weren’t released as well.

UNLV criminal justice researcher William Sousa said that there is a difference between transparency and trust. Sousa completed a study of public perceptions about body cams last year and found that the public emphatically supports the adoption of body cams but has mixed feelings about public dissemination and being filmed by the police.

Some of the roughly three dozen attendees at the discussion wondered if having all police interactions filmed framed those interactions from a place of mistrust from the beginning. Others asked about whether it was appropriate for the police to be policing themselves.

“The camera gives us more information, but it doesn’t have all the answers,” Sousa said.

Sousa is also working on a pilot study of the department’s initial rollout of body cams. That study should be completed in the next few months.

Body-worn cameras are a blessing for police officers, Ferranti said. Footage from body cams has been used to exonerate 90 Las Vegas police officers accused of misconduct to date.

The next University of Pheonix criminal justice panel will discuss mental health issues in policing and probably will be held in May, Barry said. The panels are open to the public. 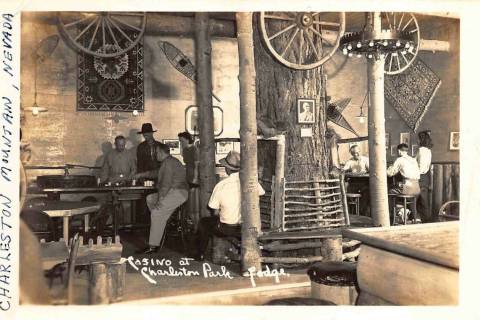 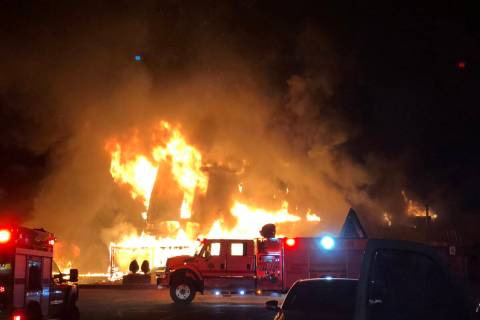