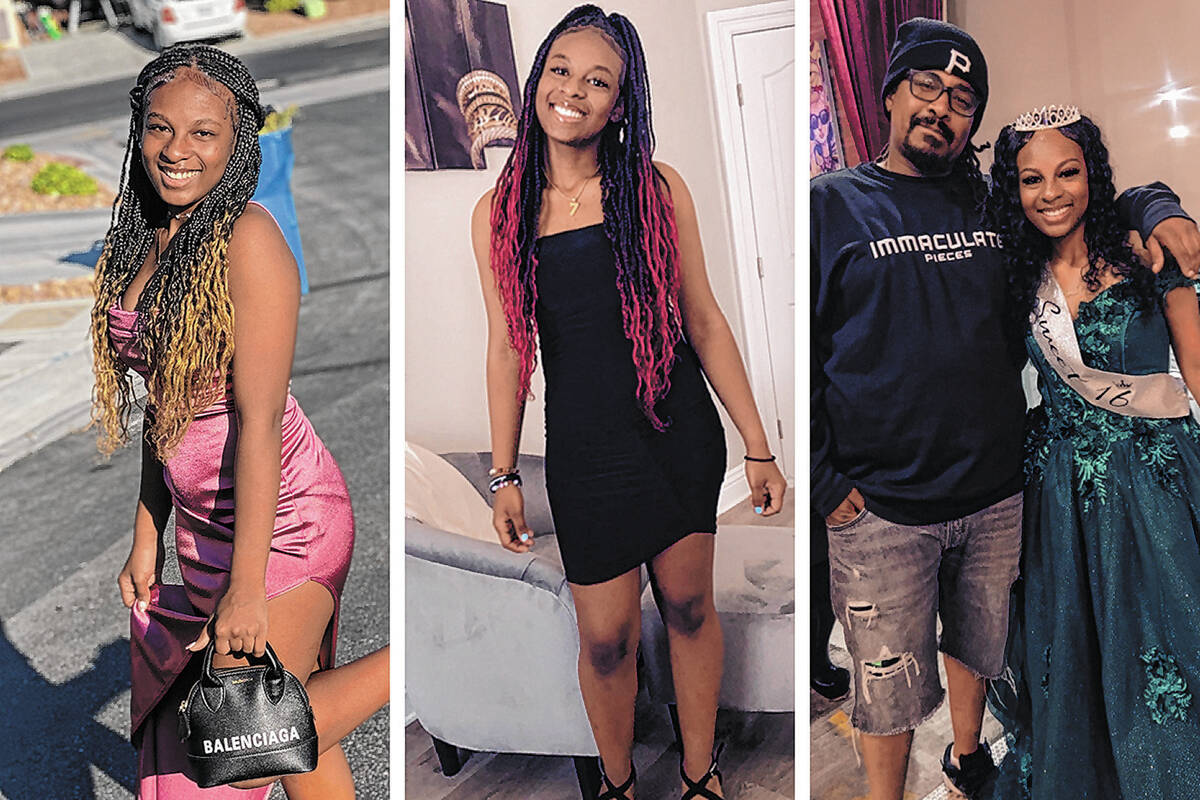 Video posted to Enttroda Hughes’ Facebook page shows the group of family and friends, including many of Hughes’ Desert Oasis High School classmates, saying Ashari’s name while releasing dozens of balloons into the night sky on Saturday.

Enttroda Hughes, who gave the Review-Journal permission to post and share the video, said in a Facebook post that he and family were grateful for all the love and support being shown to he and his wife Twayne and the rest of their family after their daughter’s sudden, tragic death.

“Me and Twayne are so thankful for the support of our community and most for our friends and family,” he wrote.

Ashari Hughes died after suffering a medical emergency during a flag football game at about 7:30 p.m. Thursday after a home game against Valley High School. She was hospitalized and died later that night.

Hughes’ death came amid a national focus on Buffalo Bills’ safety Damar Hamlin, who collapsed after suffering cardiac arrest during a Monday night football game against the Cincinnati Bengals.