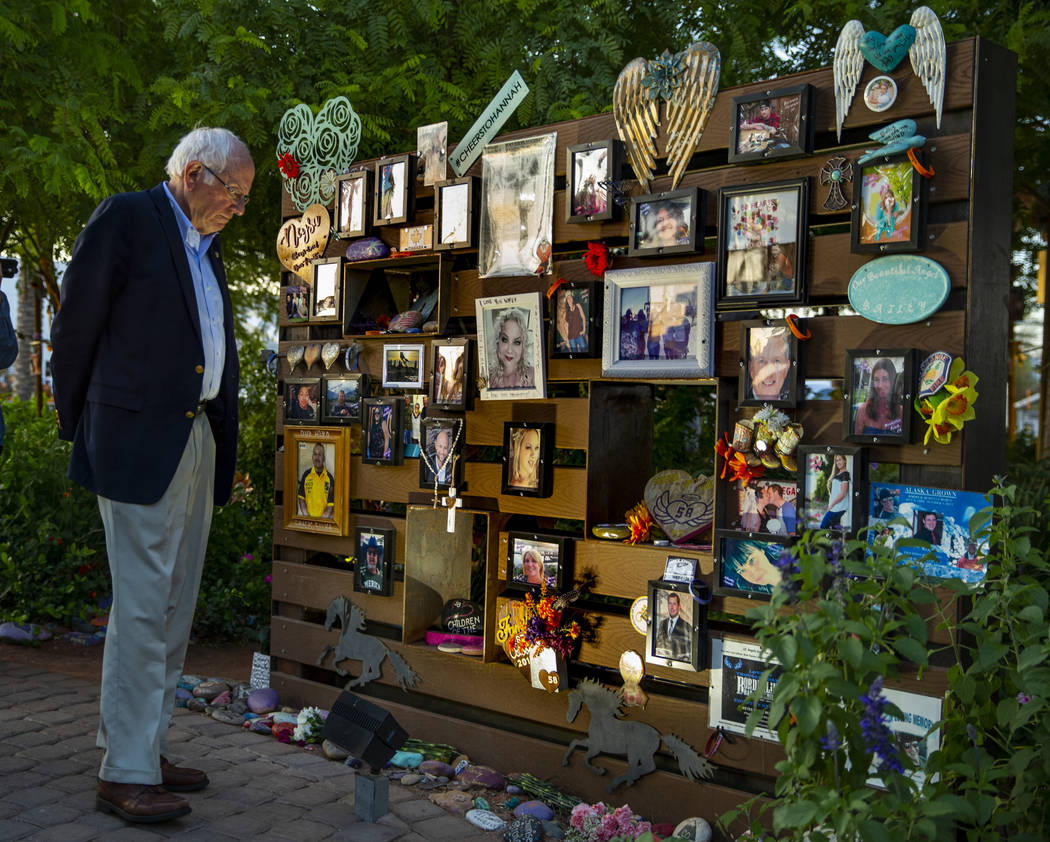 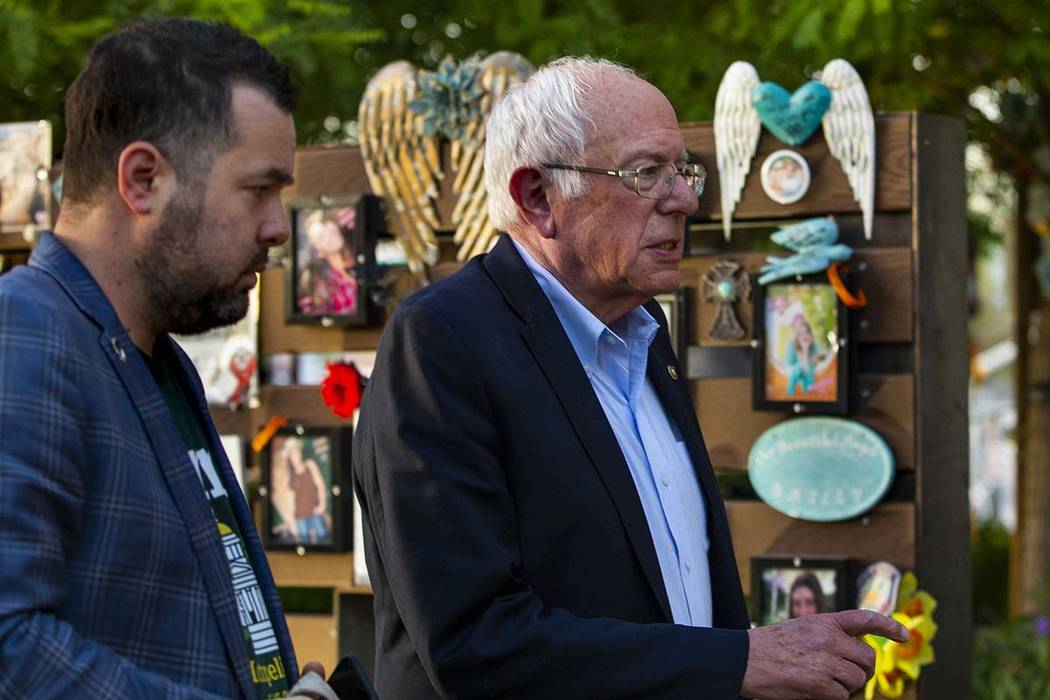 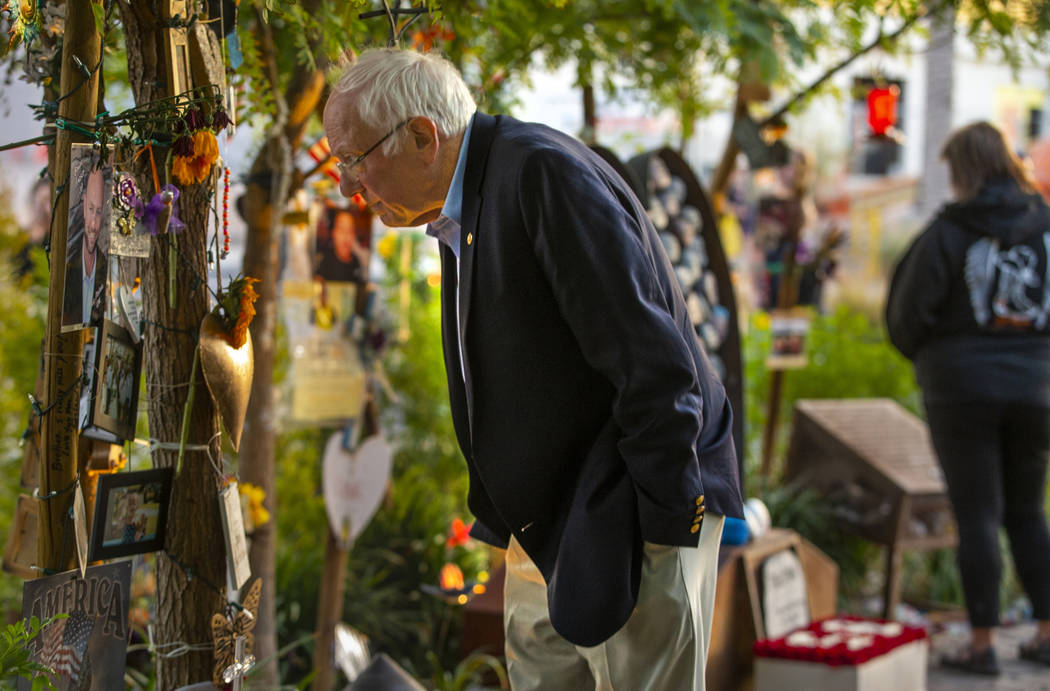 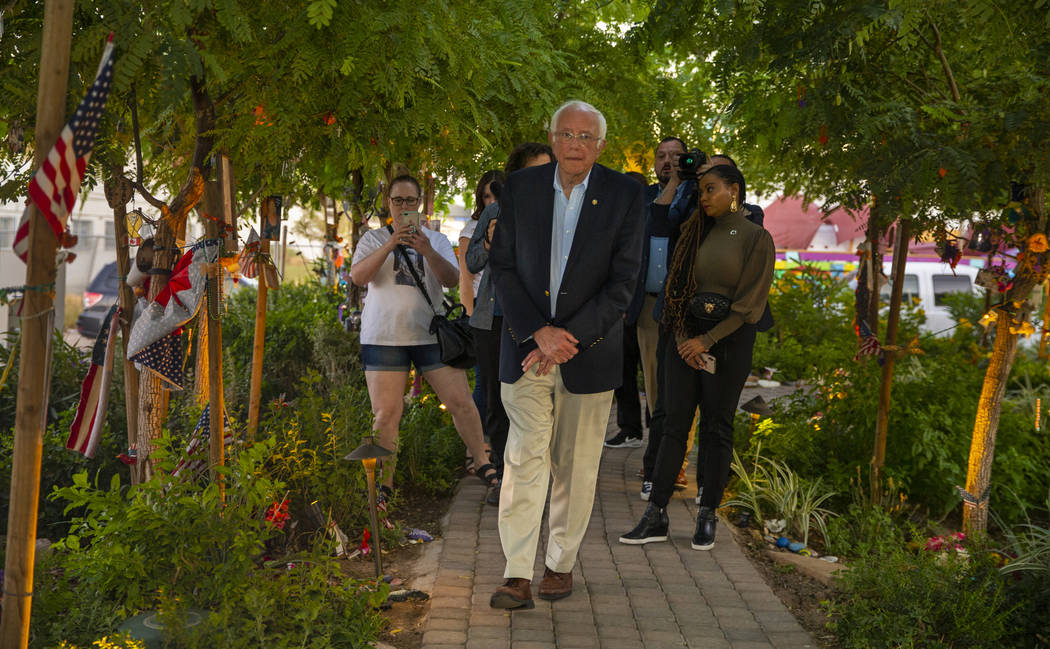 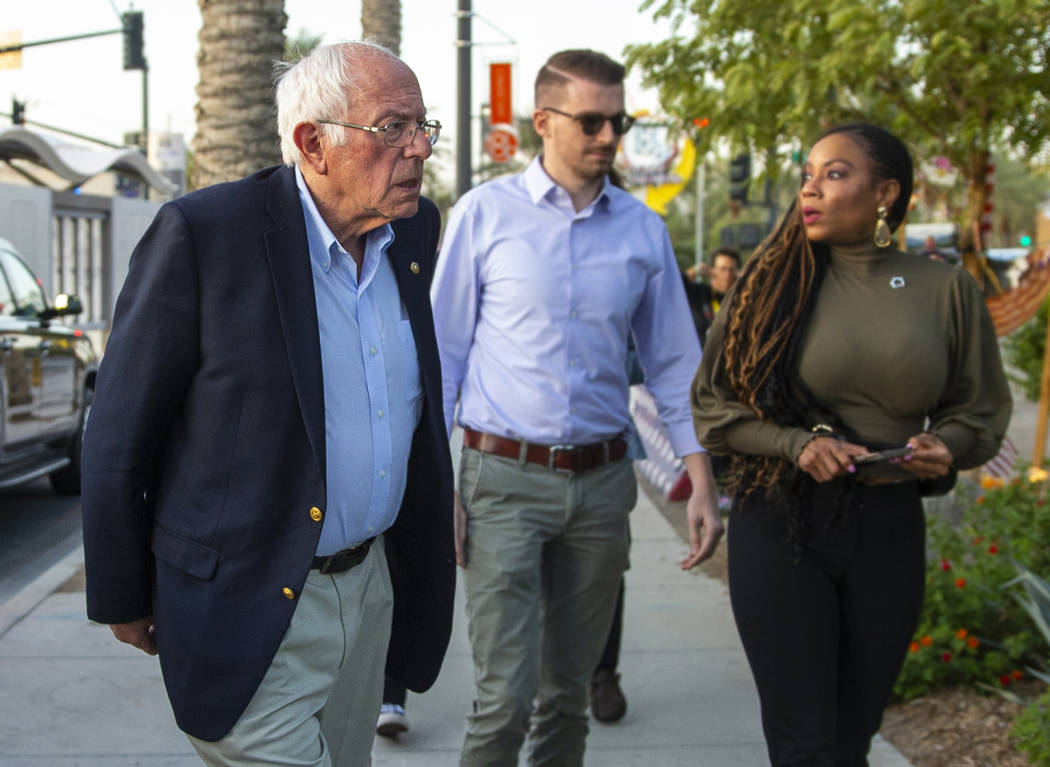 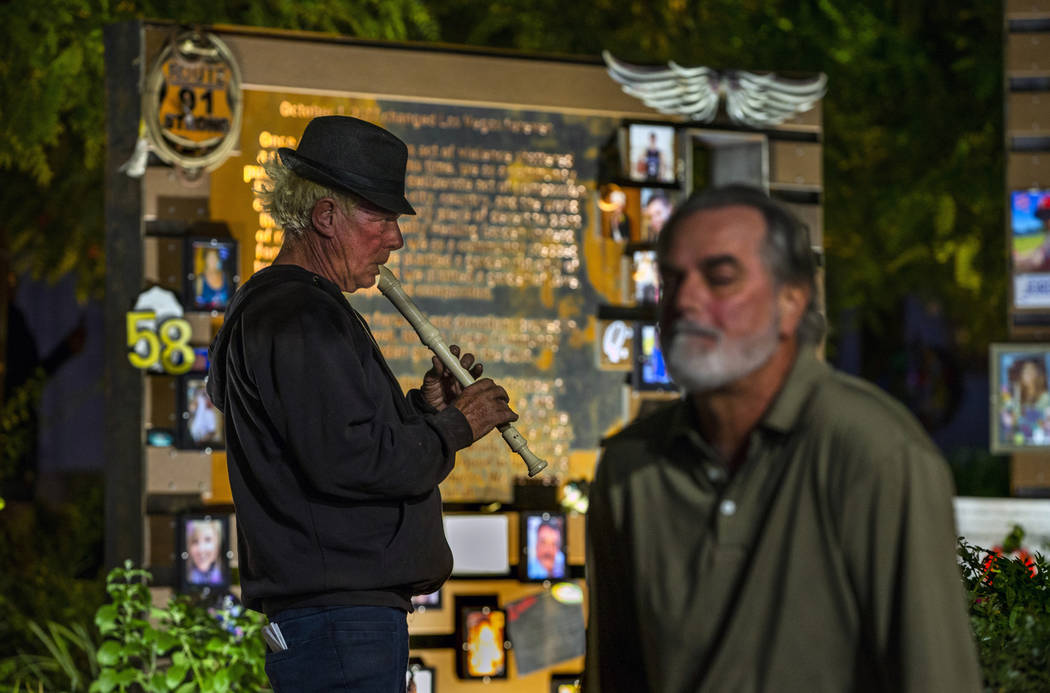 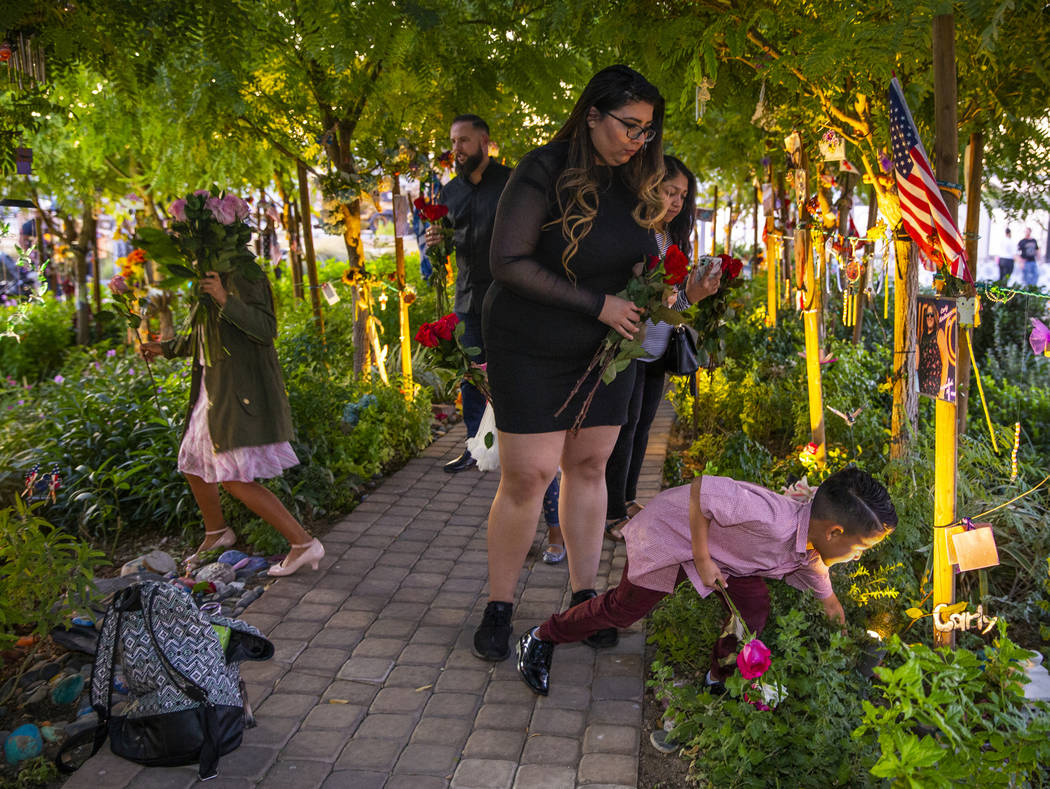 The King family lays flowers for each October 1st victim along the path of decorated trees at the Las Vegas Healing Garden on Tuesday, Oct. 1, 2019 in Las Vegas. Both parents are survivors. (L.E. Baskow/Las Vegas Review-Journal) @Left_Eye_Images 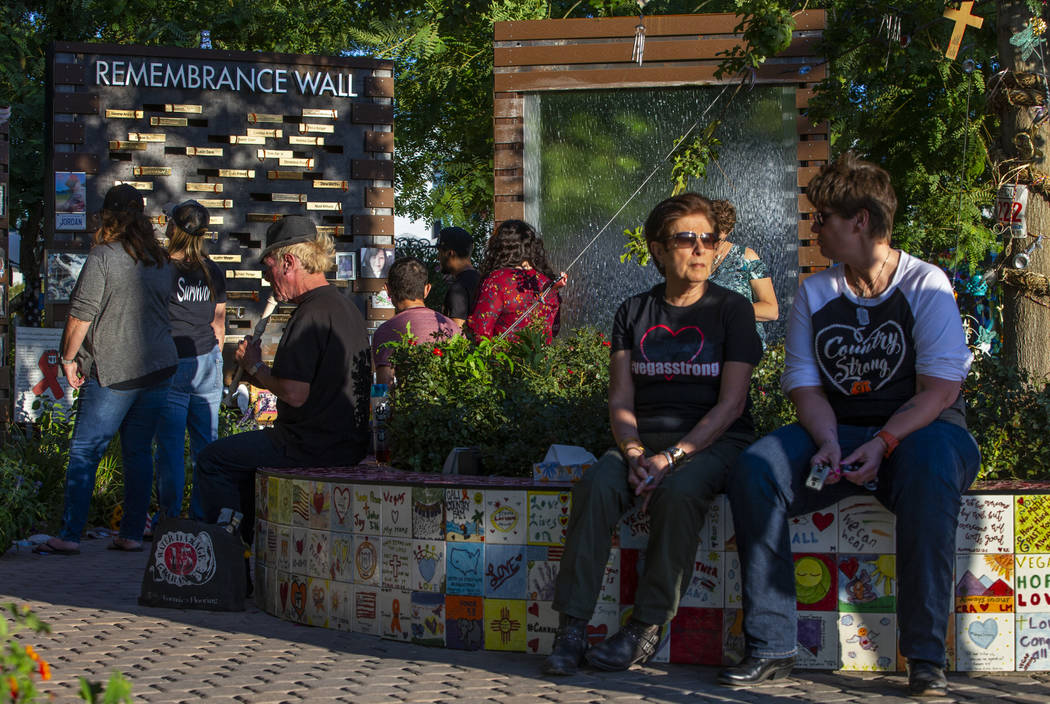 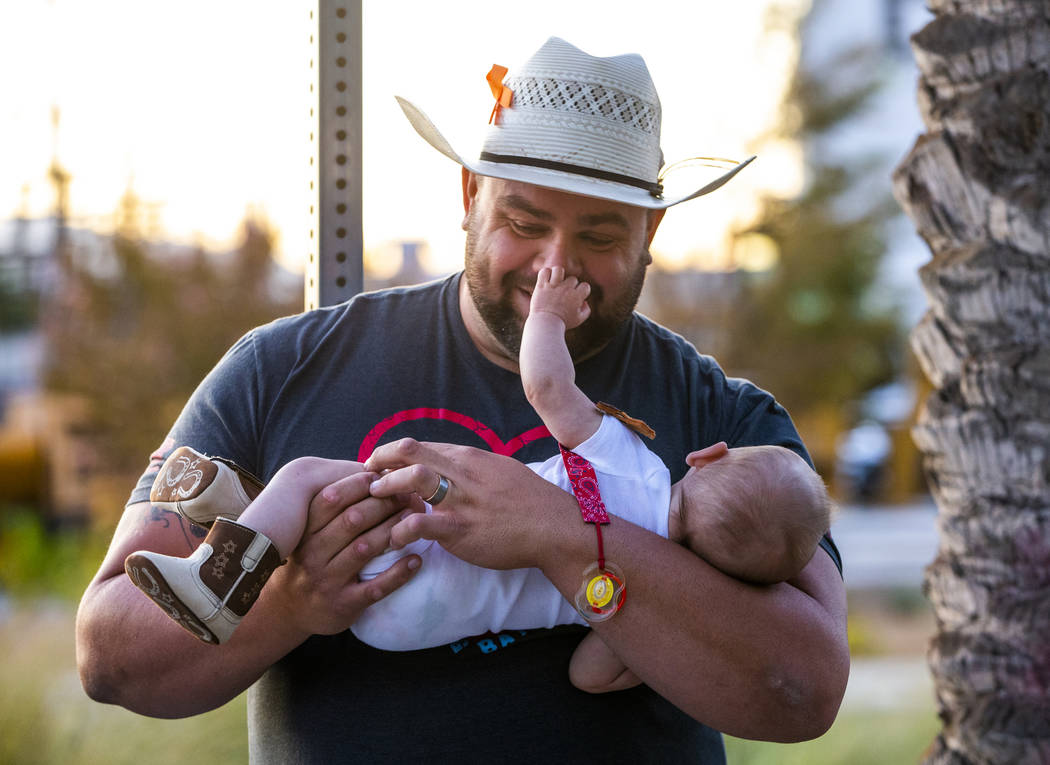 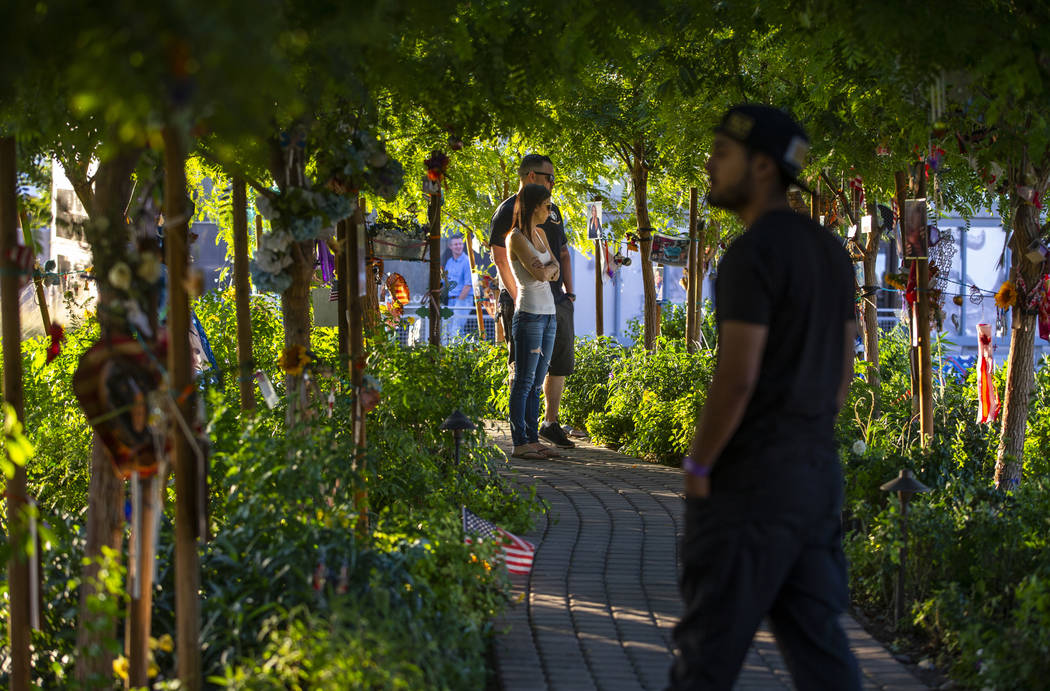 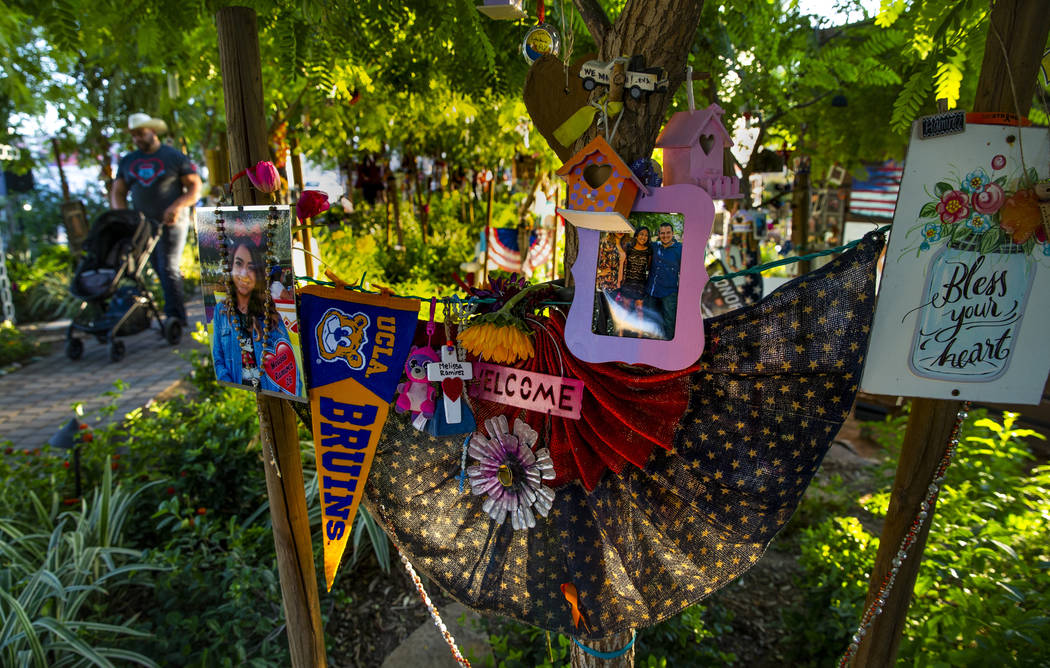 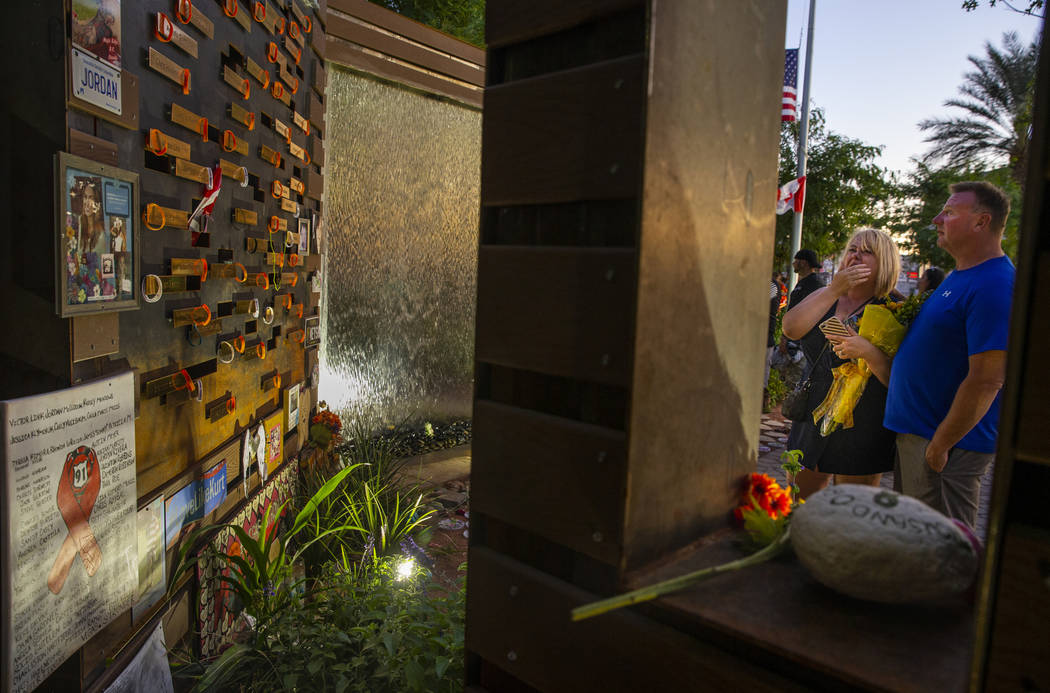 Char Teegarden, left, and husband Kurtiss pause at a remembrance wall at the Las Vegas Healing Garden on Tuesday, Oct. 1, 2019 in Las Vegas. They have a close friend who was paramedic responding to the October 1st shooting. (L.E. Baskow/Las Vegas Review-Journal) @Left_Eye_Images 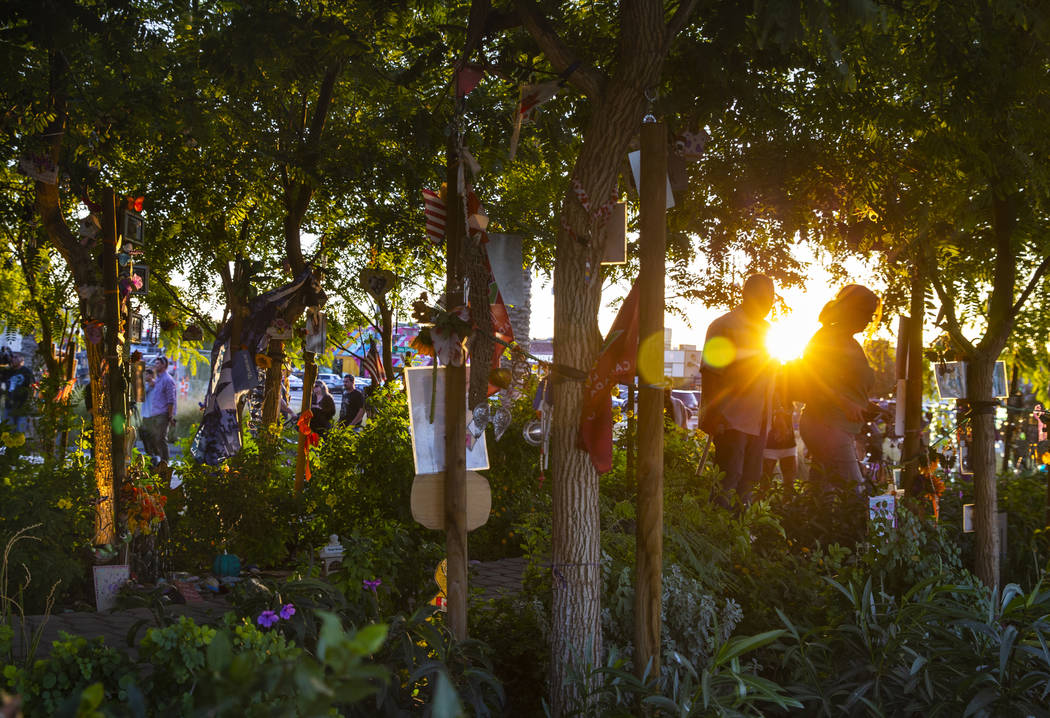 The sun begins to set as visitors walk along the path of decorated trees at the Las Vegas Healing Garden on Tuesday, Oct. 1, 2019 in Las Vegas. (L.E. Baskow/Las Vegas Review-Journal) @Left_Eye_Images

The 2020 Democratic presidential hopeful spent a few minutes walking through the garden, where a few other visitors recognized him and shook his hand as he passed. He paused at several victims’ memorials to read the messages placed there.

Sanders’ visit was not shared publicly, and he did not speak to the media.

Sanders and nine other Democratic presidential candidates will participate in a forum discussing gun violence and safety on Wednesday. He is also holding community events in Las Vegas during the morning and evening.