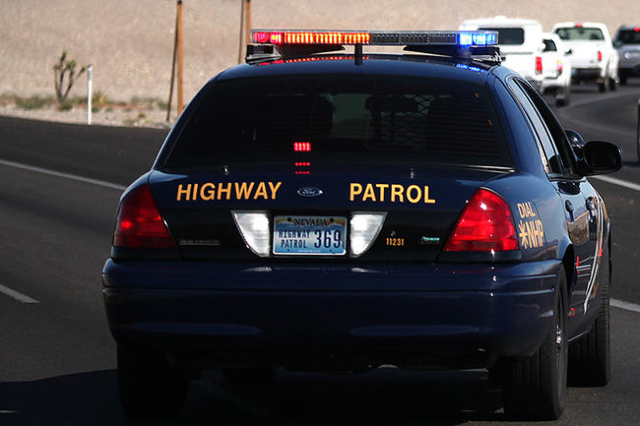 A Nevada Highway Patrol car directs traffic not the exit just north of Kyle Canyon on US 95 after a fatal accident closed the northbound side of the highway Sunday, July 13, 2014. (Justin Yurkanin/Las Vegas Review-Journal)

The bicyclist killed when he was struck by an off-road vehicle early Sunday near the M Resort has been identified by the Clark County coroner’s office.

Karl Frederick Vanderwyk, a 58-year-old Las Vegas resident, was killed when he was struck by a Polaris RZR off-road vehicle about 1:30 a.m., on St. Rose Parkway near Interstate 15, Nevada Highway Patrol said.

Obermeyer was later booked into the Clark County Detention Center and currently faces charges of DUI resulting in death, failure to yield or exercise due care to a bicycle rider, driving with a suspended driver’s license, and operating an unregistered vehicle, NHP said in a news release.