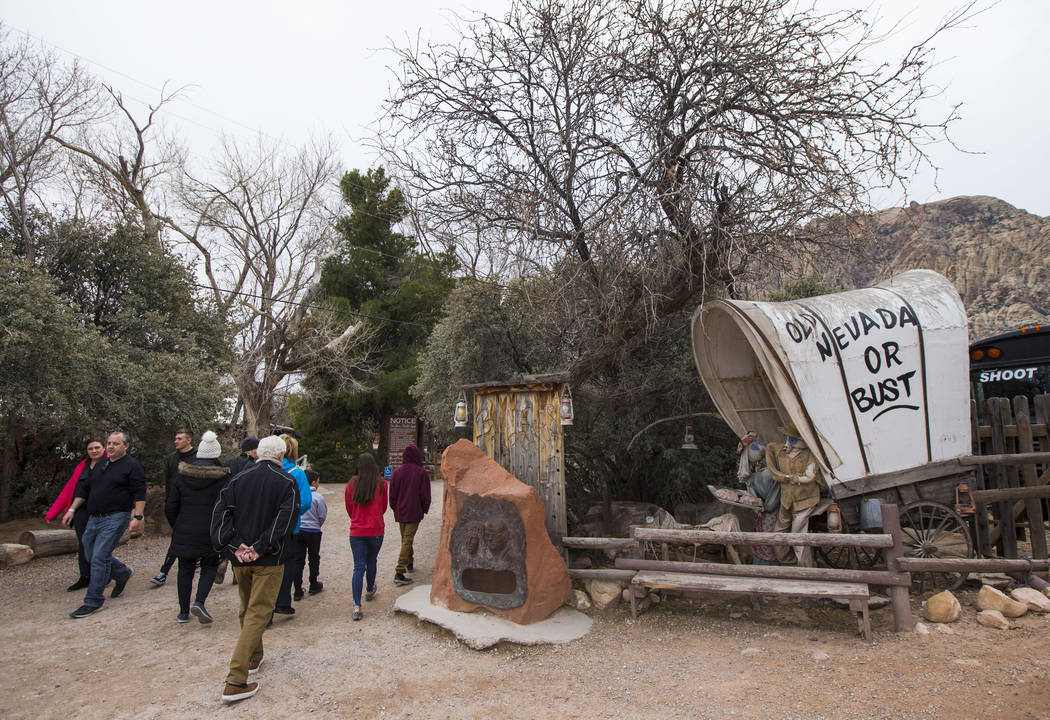 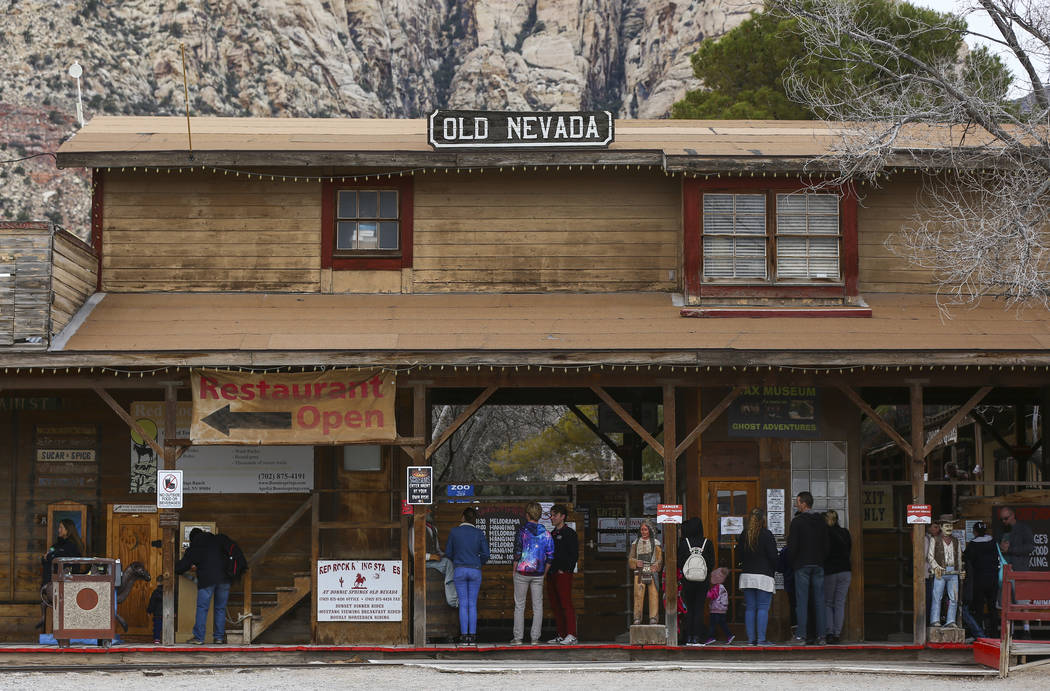 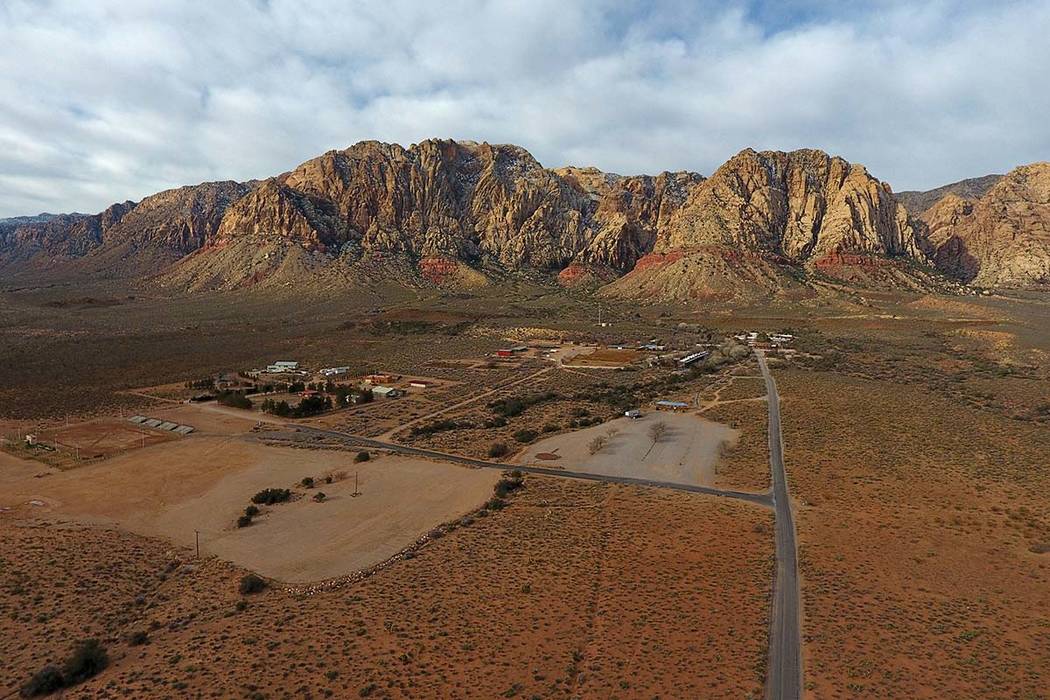 Aerial view of Bonnie Springs Ranch on Wednesday, Feb.20, 2019, where the Clark County Planning Commission has approved a plan to build 20 homes on 64 acres after the property was sold to a developer. (Michael Quine/Las Vegas Review-Journal) @Vegas88s 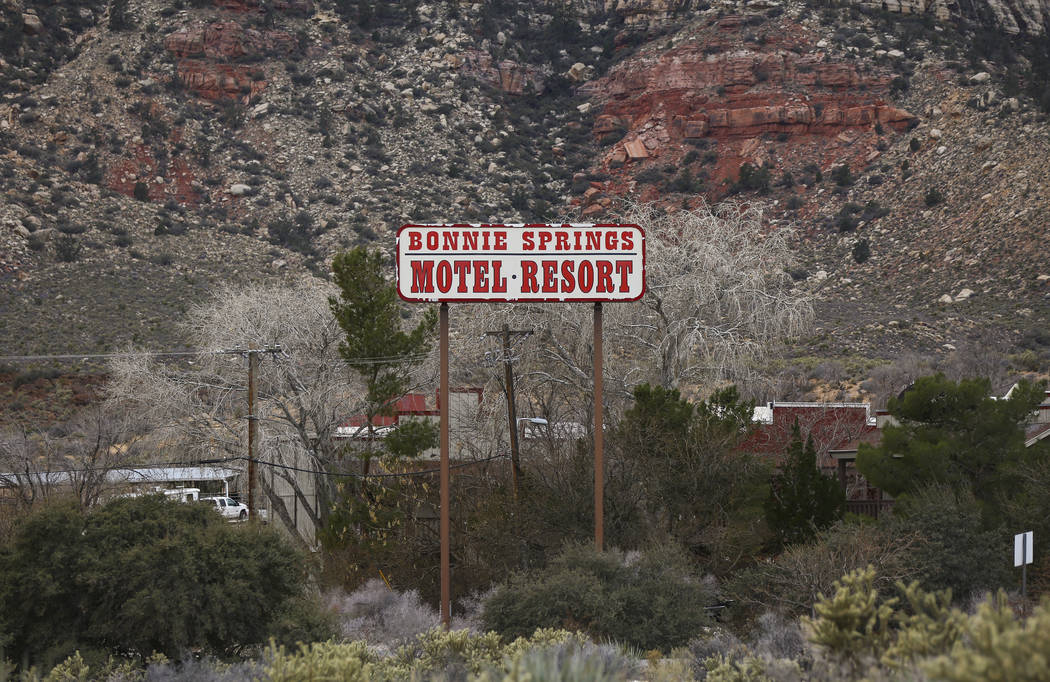 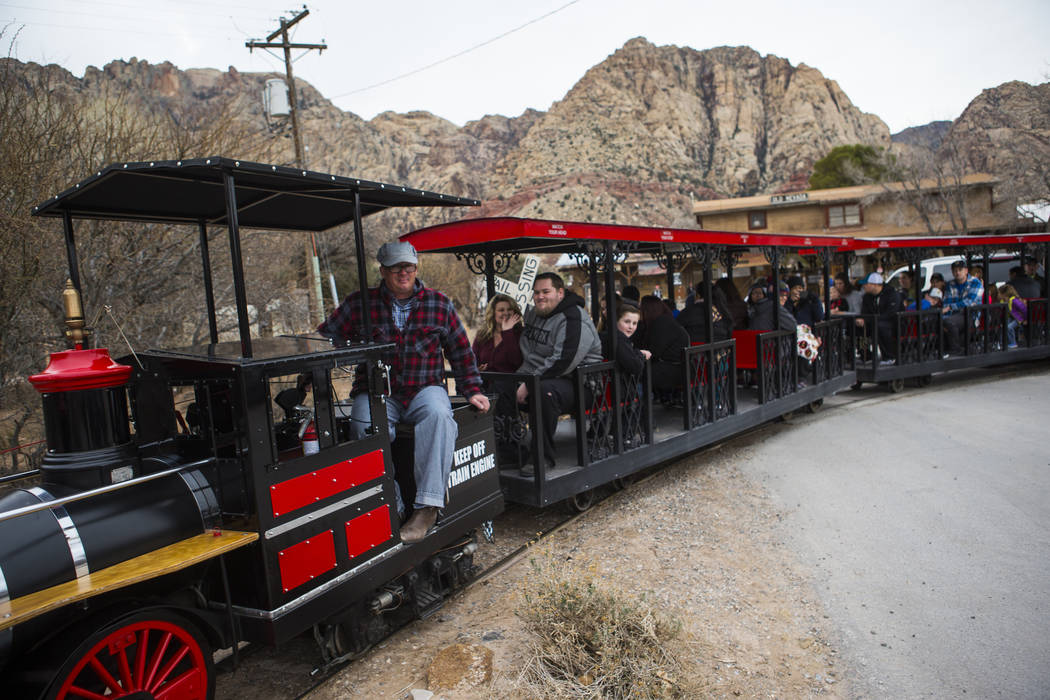 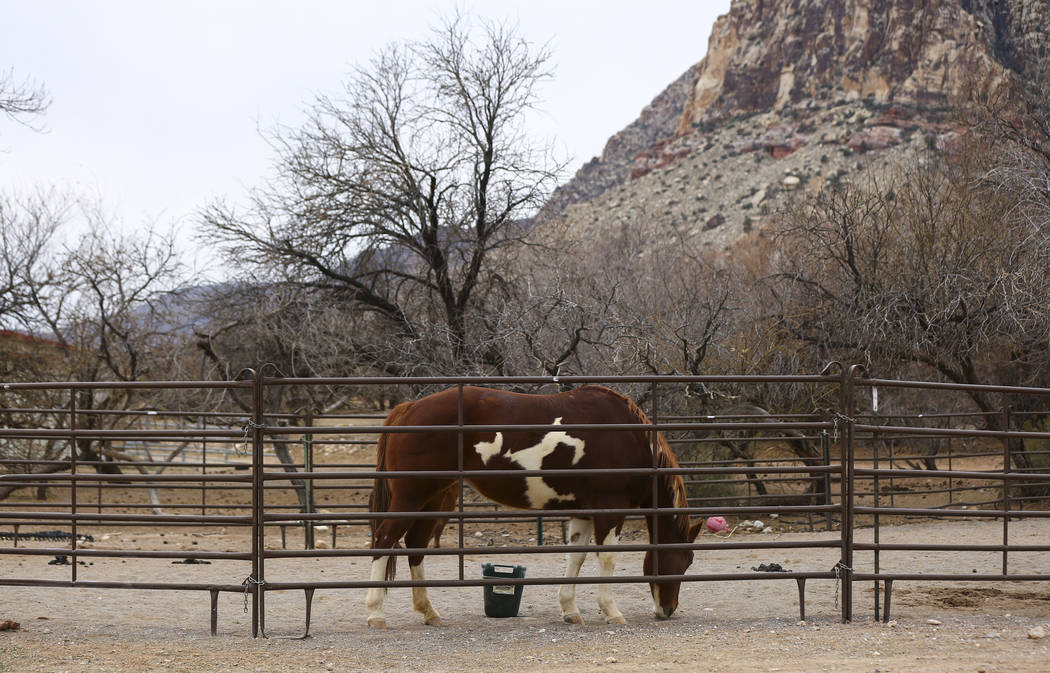 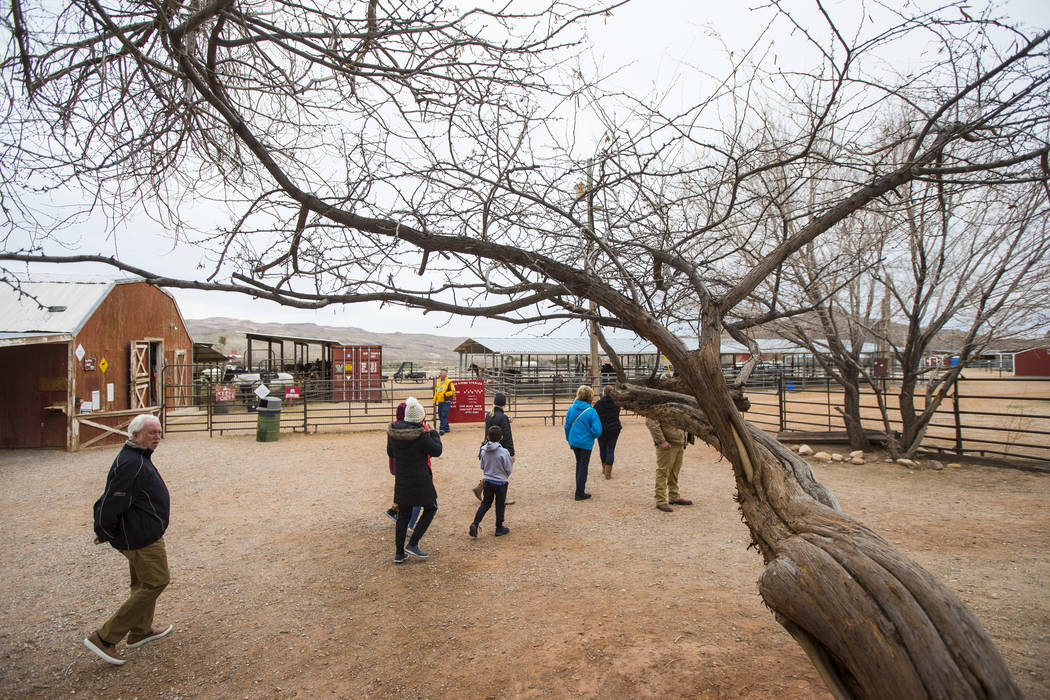 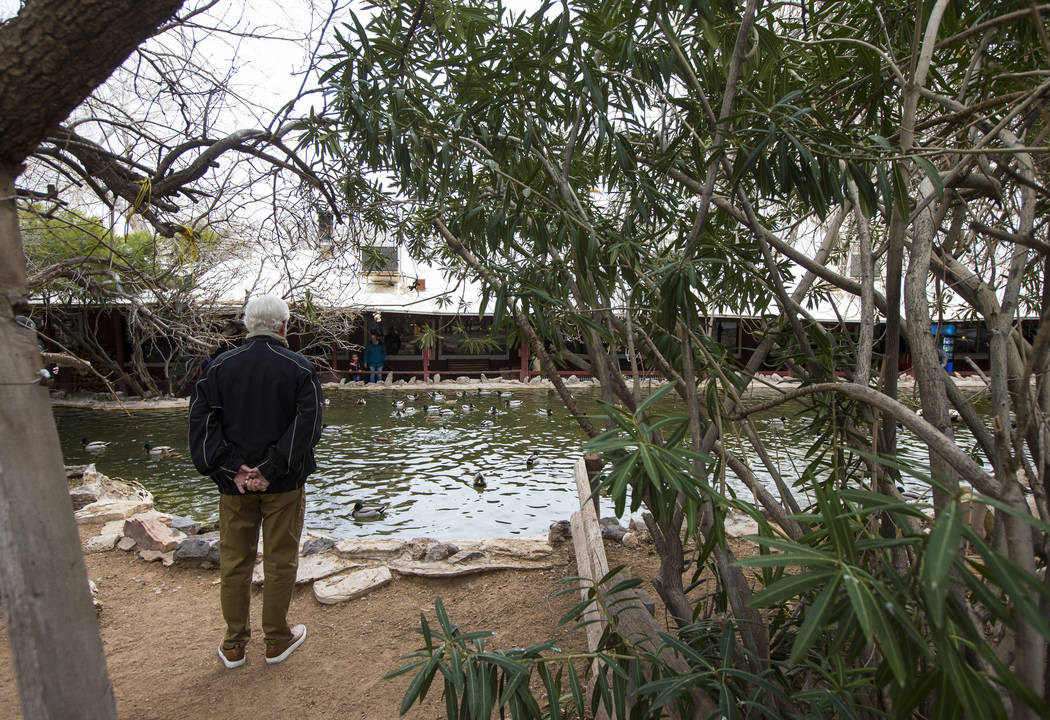 A visitor looks at a pond at Bonnie Springs Ranch outside of Las Vegas on Saturday, Jan. 12, 2019. (Chase Stevens/Las Vegas Review-Journal) @csstevensphoto 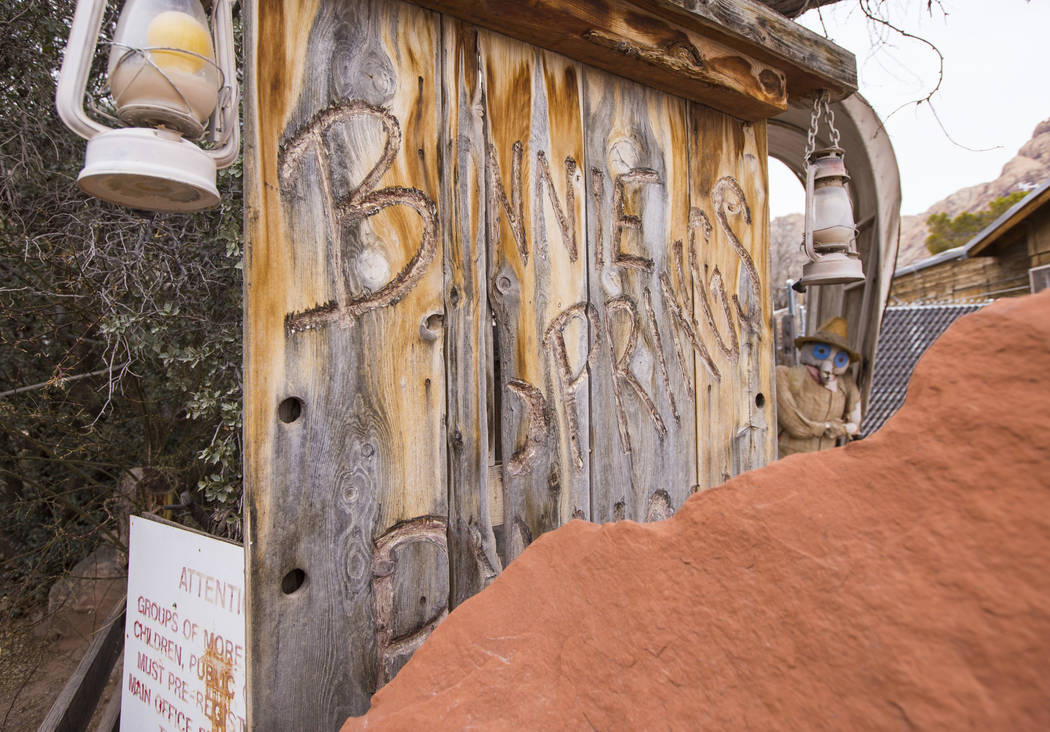 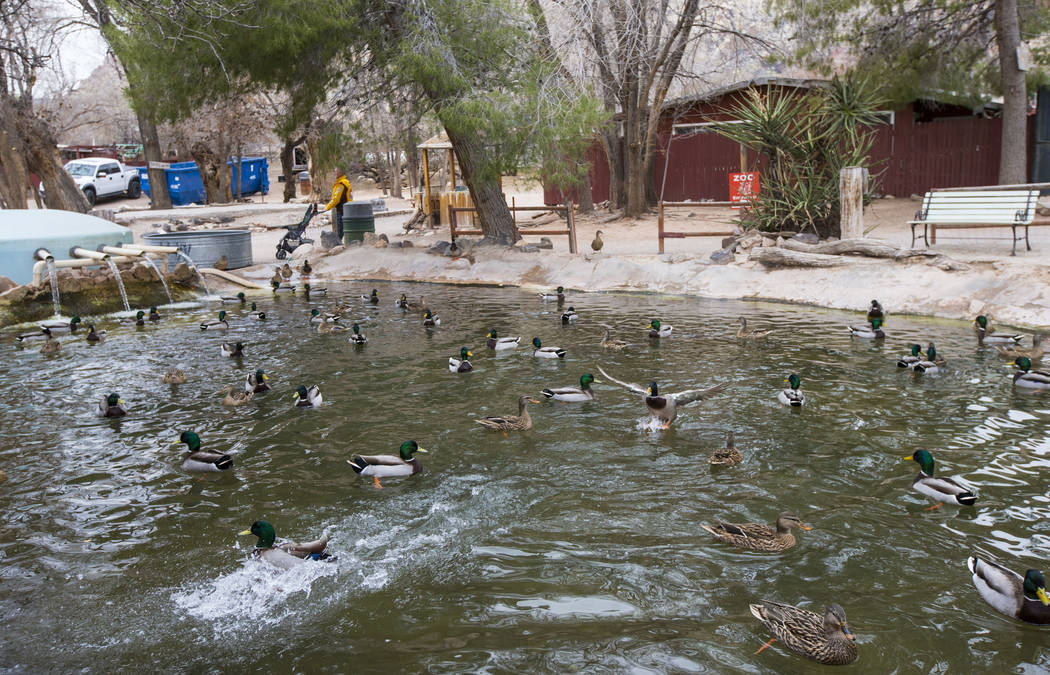 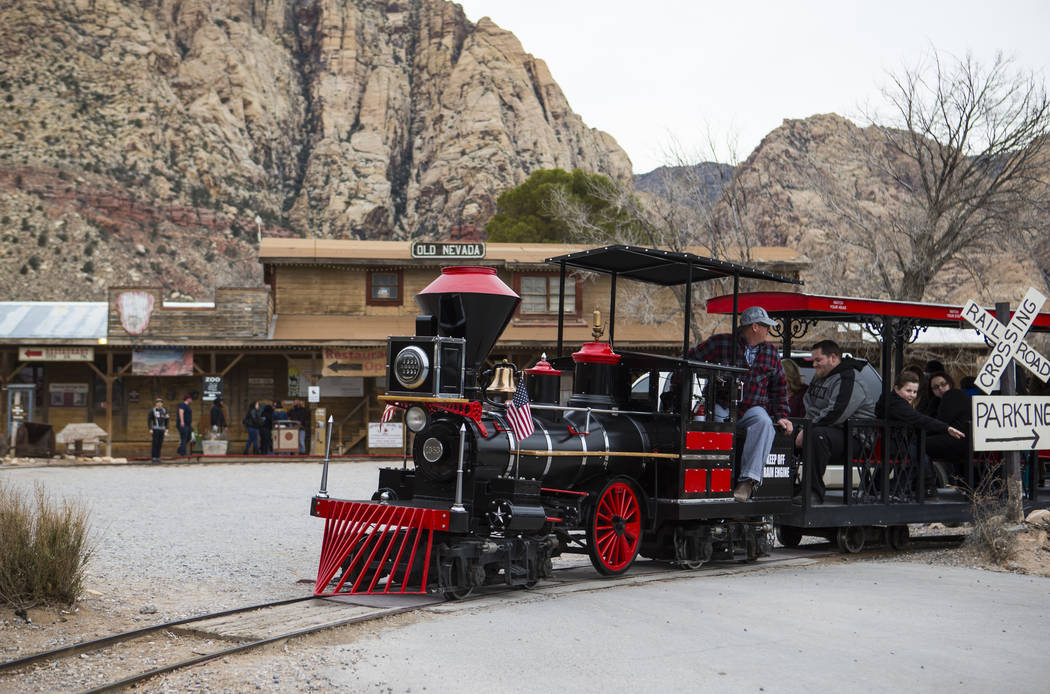 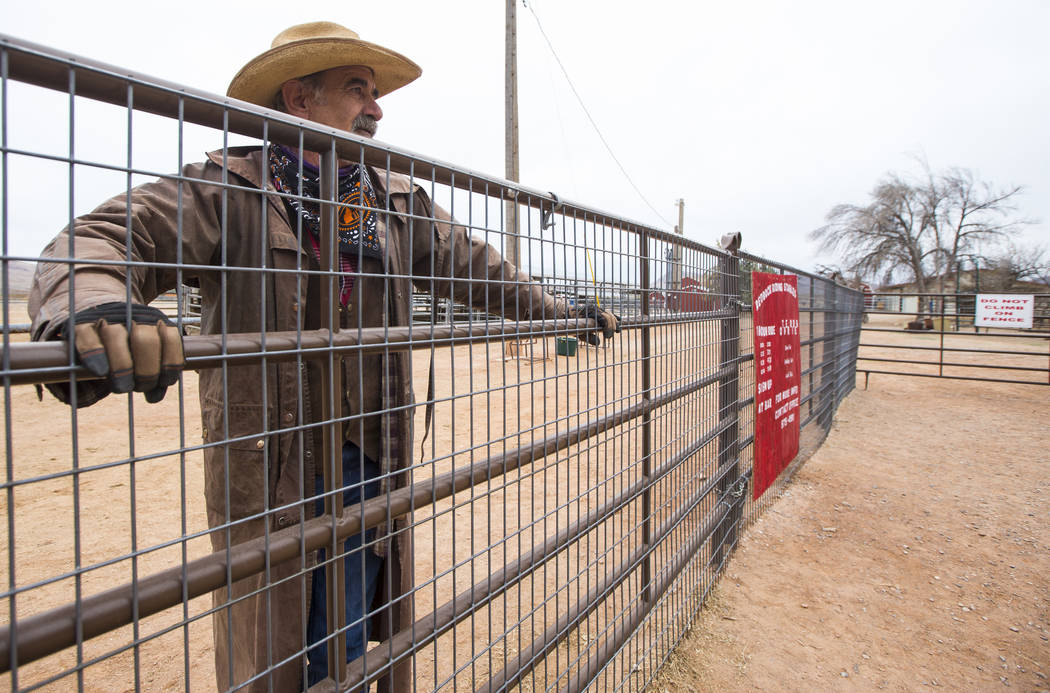 A plan will move forward to build 20 high-end homes on the site of a replica Old West town nestled at the foot of Red Rock Canyon.

The Clark County Planning Commission early Wednesday signed off on a tentative map and design details submitted by developer Joel Laub, who seeks to construct the luxury homes on 64 acres after purchasing Bonnie Springs Ranch from children of its founder Bonnie Levinson.

For supporters of the decades-old tourist attraction, approval ushered in the extinction of unique ecotourism and childhood nostalgia, with a project tantamount to an elitist development that would harm public lands and hurt wildlife to serve the “ultra-wealthy.”

The move will “fundamentally alter the character of Red Rock,” said Patrick Donnelly, the Nevada state director of the Center for Biological Diversity, who referred to the potential homes as “McMansions.” “It is central to our identity of our public lands here in Southern Nevada.”

But defenders of the project argued that it showed constraint on private property with an eye toward preservation that would leave no bigger footprint than a ranch that draws thousands of visitors annually.

“There’s always going to be a little bit of jealousy,” Planning Commissioner Steve Kirk said, “by some people who drive up there and see large estate homes, and they can’t afford to live there and, hey, that’s the way it goes sometimes.”

Kirk called the plan “pretty spectacular,” and other commissioners were equally on board. The Red Rock Citizens Advisory Council and county staff also recommended approval, which an attorney for the developer cited as a clear sign of the project’s validity.

While several Bonnie Springs backers implored land-use regulators to block the redevelopment, commissioners and the Laub representative underscored a critical point about the property already zoned for commercial use: The family behind the ranch wants to move on.

Bob Gronauer, the lawyer representing Laub, noted that the family put the private property on the market.

Situated west of Las Vegas off State Route 159, next to Spring Mountain Ranch State Park, Bonnie Springs opened as a tourist attraction in 1958 as a reproduction of an 1880s mining town and has featured a train, petting zoo, horseback riding, wax museum and mock gunfights.

Attorney Paul Connaghan, who represents the ranch’s ownership, said last month that the family “really felt good” about the sale and Laub’s plans.

After the pending deal was reported, expected to close escrow next month, hundreds flocked to the ranch and nearly 54,000 people have signed an online petition to make Bonnie Springs a historical landmark. The comments section is littered with recollections of childhood visits, but even a historical designation would not protect it from destruction or sale.

Nearing the end of a packed Tuesday night agenda that spilled into the wee hours Wednesday, commissioners countered suggestions that approval would set precedent for homebuilders to encroach on the area or disturb the serenity of scenic vistas. They also ensured that animals would be moved to new refuges and no parts of the ranch had been deemed historic.

“It’s almost going to be a restoration of the nature, the natural environment after a few years,” Planning Commissioner Nelson Stone said. “I think noise will all but disappear with the lack of traffic, the lack of trains, the lack of the noise that a commercial venture would have.”

Gronauer said Laub and business partner J. Randall Jones will leave “a tremendous amount” of open space in the development where homes will sit on 2- to 3.5-acre lots. Gronauer also cast the project as rather constrained when they could have requested constructing as many as 32 homes and when compared to another developer’s plans that had sought a hotel and casino.

He concluded that Laub and Jones, who have long hiked in the area, were thoughtful in their efforts of preservation through the development plans, which also call for a bed and breakfast, restaurant and event center.