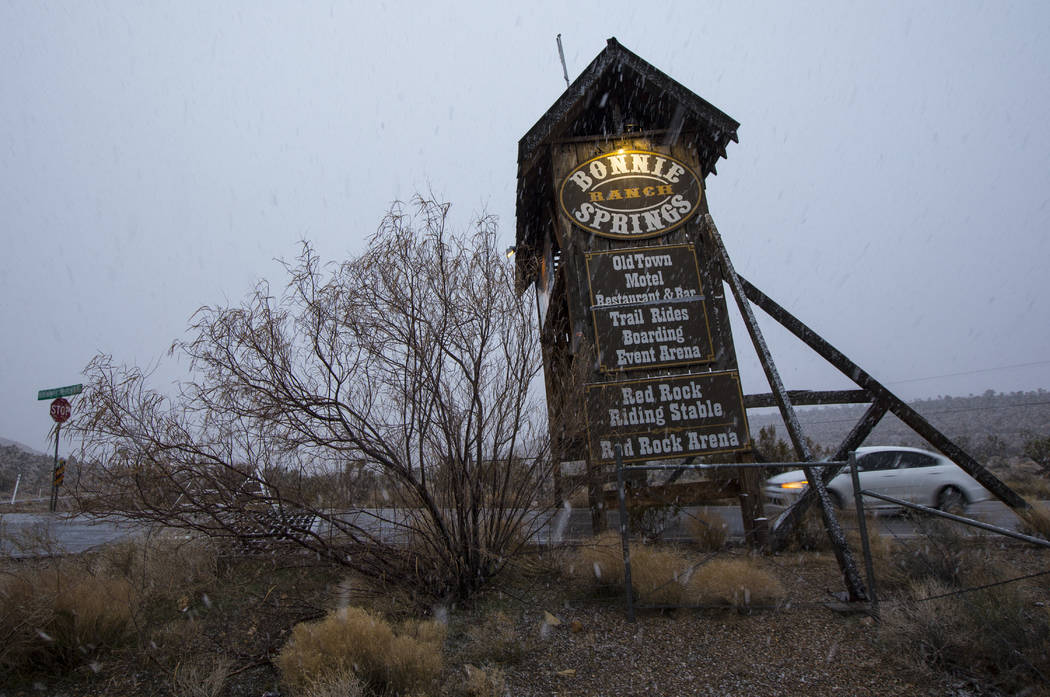 Snow falls around the entrance to Bonnie Springs outside of Las Vegas on Wednesday, Feb. 20, 2019. (Chase Stevens/Las Vegas Review-Journal) @csstevensphoto 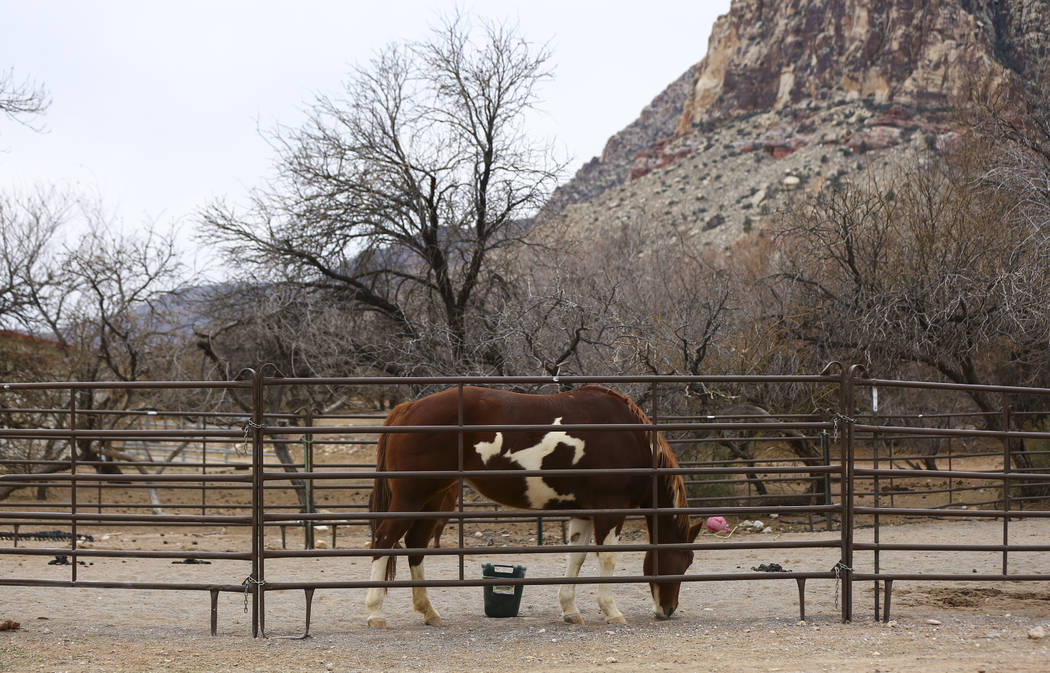 A horse at Bonnie Springs Ranch outside of Las Vegas on Saturday, Jan. 12, 2019. The ranch is under contract to be sold and demolished for luxury home lots. Chase Stevens Las Vegas Review-Journal @csstevensphoto 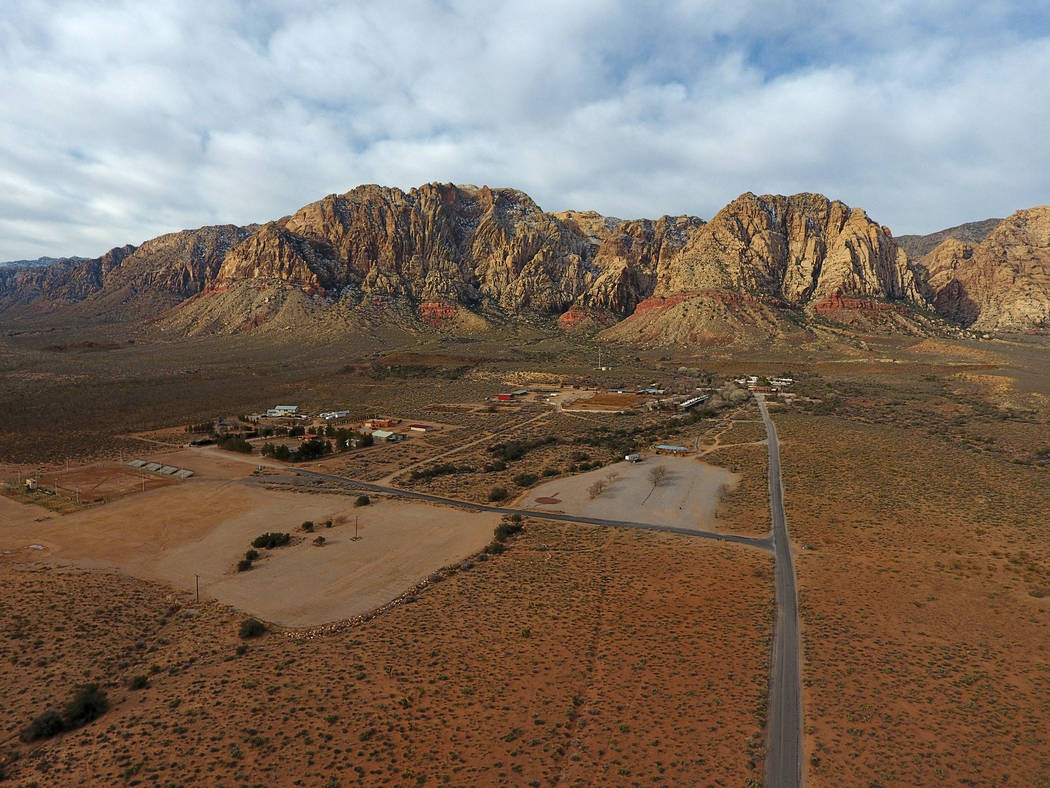 Aerial view of Bonnie Springs Ranch on Wednesday, February 20, 2019, where the Clark County Planning Commission has approved a plan to build 20 homes on 64 acres after the property was sold to a developer. (Michael Quine/Las Vegas Review-Journal) @Vegas88s 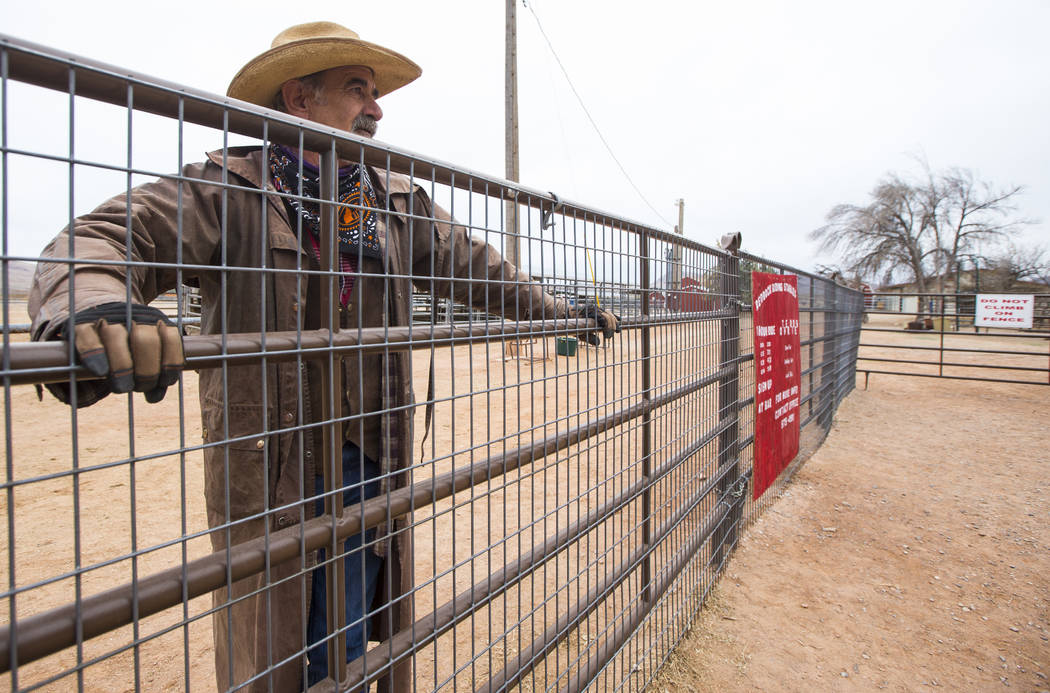 Ranch hand Steve Myers, who works at the Red Rock Riding Stables, looks out at Bonnie Springs Ranch outside of Las Vegas on Saturday, Jan. 12, 2019. The ranch is under contract to be sold and demolished for luxury home lots. Chase Stevens Las Vegas Review-Journal @csstevensphoto 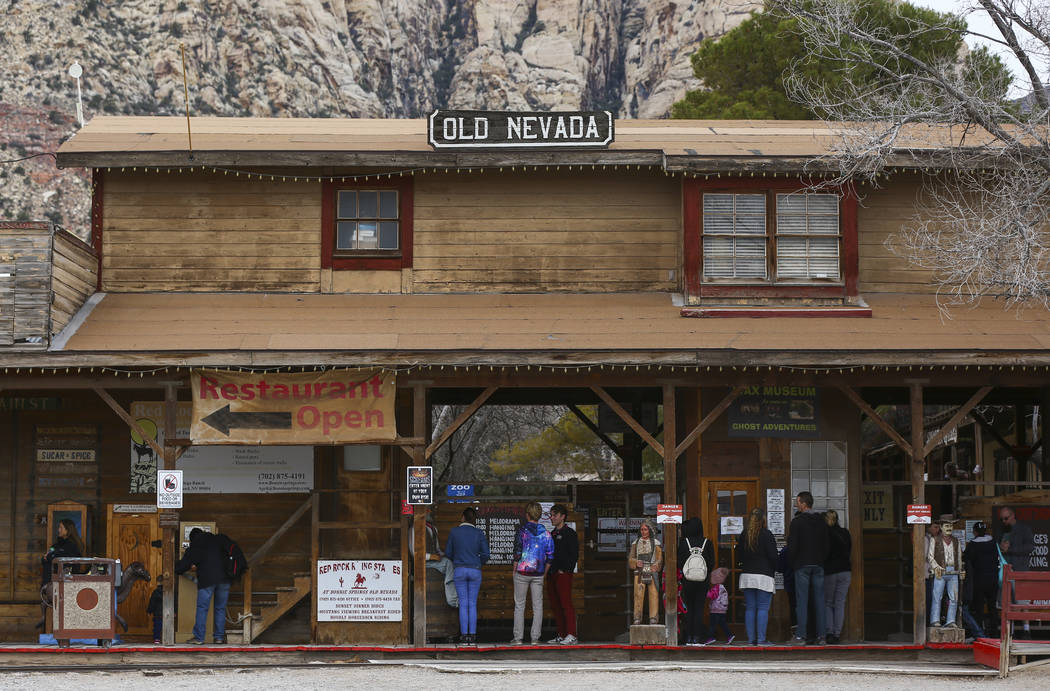 Bonnie Springs Ranch will officially close the gates to the replica Old West town on Sunday.

The ranch posted on its Facebook page Tuesday that Bonnie Springs is “retiring,” with this weekend being its last days of operation.

In the early hours of Feb. 20, the Clark County Commission signed off on a tentative design details submitted by developer Joel Laub, who seeks to build luxury homes on 64 acres of Bonnie Springs’ land, after purchasing the ranch from the children of its founder, Bonnie Levinson.

Sunday’s last day of operation includes the restaurant, Old Nevada, the riding stables and the petting zoo, according to the social media post.

“Hope your memories are as good as ours and we thank you for your patronage over the years,” Bonnie Springs said.

The land development has spurred debate over how the luxury homes would change Red Rock Canyon National Conservation Area, where the ranch is located west of Las Vegas off state Route 159, next to Spring Mountain Ranch State Park.

Bob Gronauer, the lawyer representing Laub, has said that while others debate over the land’s future, the family put the private property on the market.

Attorney Paul Connaghan, who represents the ranch’s ownership, said in January that the family “really felt good” about the sale and Laub’s plans.

Bonnie Springs opened as a tourist attraction in 1958 as a reproduction of an 1880s mining town and has featured a train, petting zoo, horseback riding, wax museum and mock gunfights.

Las Vegas temperatures will stay about 10 degrees below normal Friday, according to the latest National Weather forecast.