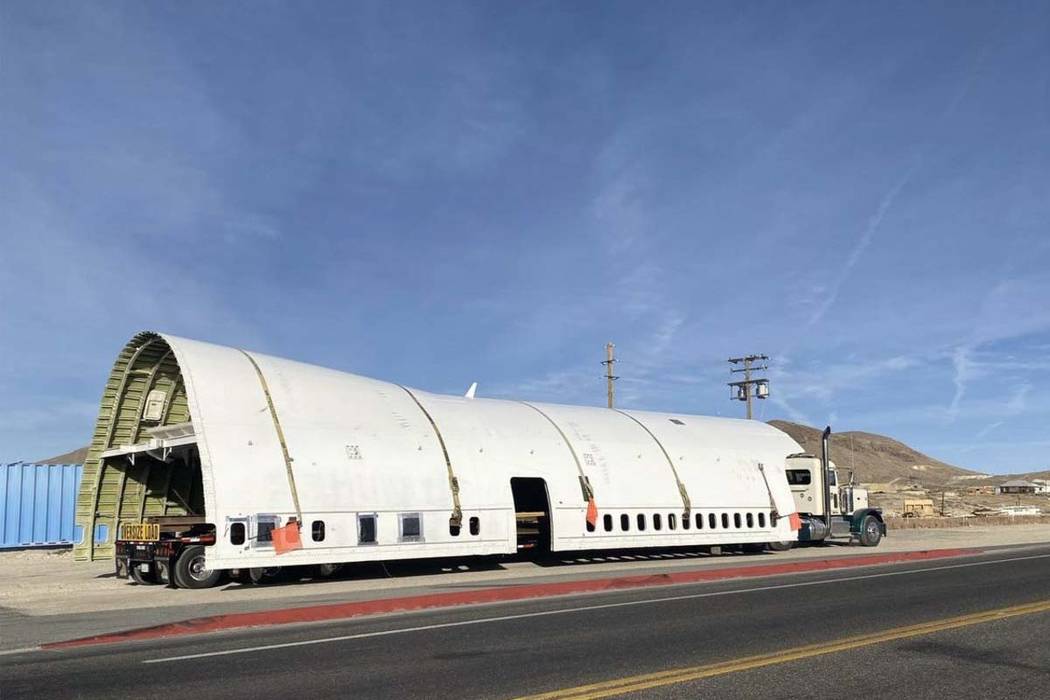 Part of the fuselage of a Boeing 747 used in Burning Man makes a pit stop in Tonopah, en route to Las Vegas. Zappos is paying $400,000 to transport the entire plane, according to NDOT. The plane is being transported via multiple shipments. 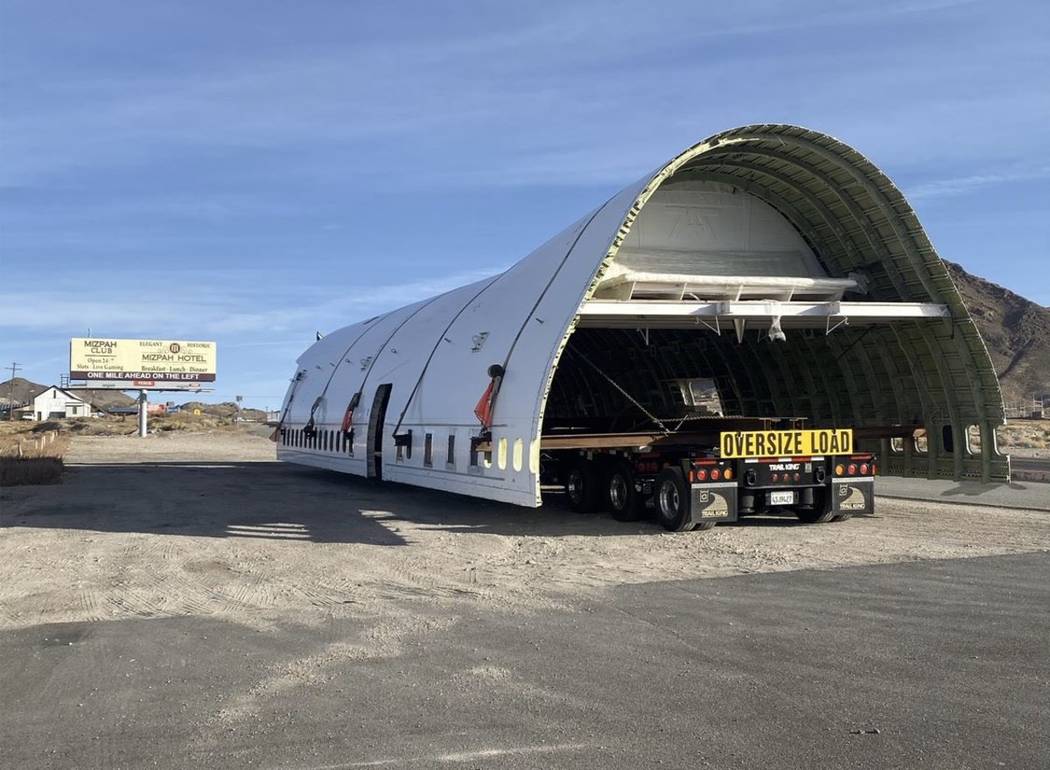 Part of the fuselage of a Boeing 747 used at Burning Man makes a pit stop in Tonopah, en route to Las Vegas. Zappos is paying $400,000 to transport the entire plane, according to NDOT. The plane is being transported via multiple shipments.

A massive aircraft was headed to Las Vegas Thursday but not via the air.

A Boeing 747 plane featured at the Burning Man festival the past four years was making its way from Reno to Las Vegas on U.S. Highway 95 on the back of a semi-truck.

The cost to transport the large plane, which is owned by Zappos, is running the online retail giant $400,000, according to the Nevada Department of Transportation.

Zappos was required to obtain a special over-dimensional transport permit to move the portion of the fuselage. The truck carrying the jet piece travels between 40 and 60 mph and is being escorted by six Nevada Highway Patrol troopers.

The entire plane is being transported via four shipments, according to Valley Wide Movers out of northern California, the trucking company that is moving the large plane.

What Zappos will do with the plane once all the parts are in Las Vegas remains unknown, as brand spokesman Laura Davis said the company wasn’t ready to reveal the plane’s final destination and the plan for it.