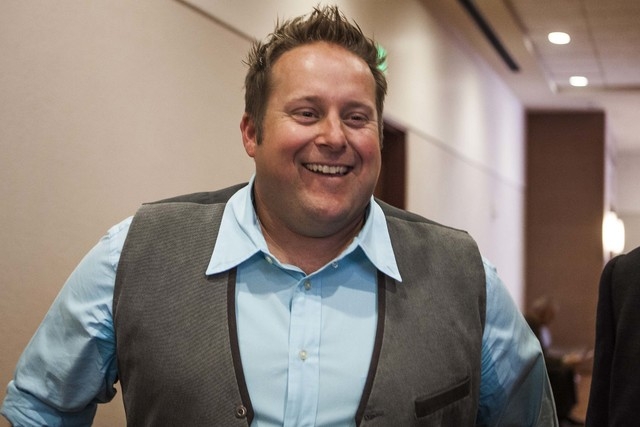 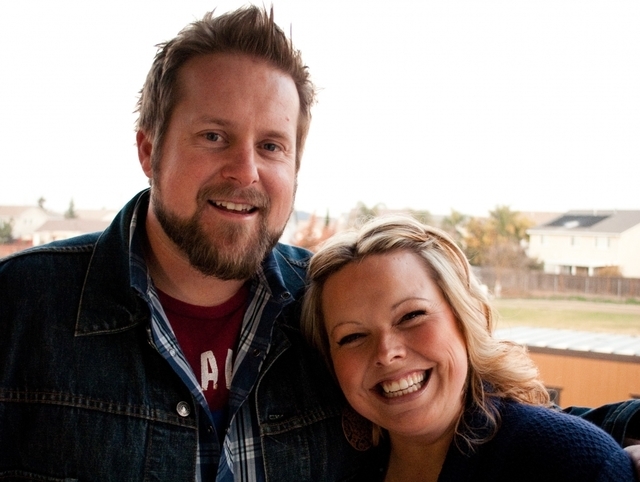 In mid-August 2004, Robert and Julie Cox spent their honeymoon in Las Vegas.

At home in California on their 10th wedding anniversary, they received an email from a criminal defense attorney and cried “tears of relief,” he said.

Prosecutors announced Friday that they would not seek an indictment against the California youth pastor involved in an altercation with a Las Vegas man who later died.

“It has come full circle,” Julie Cox said in a phone interview. “We couldn’t believe it was over, and it was finally done.”

Robert Cox, 35, was arrested by police in Manteca, Calif., in June and spent six days in jail in connection with the death of 55-year-old Link Ellingson. A criminal complaint was dismissed against him last month, but prosecutors at the time said they would present the case to a grand jury.

Clark County District Attorney Steve Wolfson told the Review-Journal on Friday, however, that “Cox’s claim of self defense is one that we could not overcome. And in the interest of justice, we are not proceeding any further.”

Cox was at home with their two children Friday, while his wife was at the salon, and “I said, Thank you Jesus.”

Ellingson died six months after a scuffle with Cox outside the Four Kegs sports bar near Jones Boulevard and U.S. Highway 95 in June 2013, according to a Las Vegas police report.

Cox, a pastor at The Place of Refuge Church in Manteca, was on a “ministry outreach trip” in Las Vegas and had stopped to eat at the restaurant with his group that included his wife and church interns.

After finishing dinner, Cox and others waited in the parking lot while a few interns paid their bills.

Apparently drunk, Ellingson, 55, approached the group “aggressively” from the bar, exchanged words with the group, before a scuffle broke out, and Ellingson was knocked unconscious, according to a police report.

Cox said he was defending himself against an attack.

“We’ve known all along that Rob was innocent,” his attorney Frank Cofer said. “Nothing short of a dismissal would be acceptable in this case, and we’re very pleased.”

Officers who responded to the scene first viewed the incident as little more than a bar fight, according to Wolfson.

In October, Cox received a letter from the district attorney’s office saying that he wouldn’t be charged with battery with substantial bodily harm for the fight, Cox’s attorney Warren Geller said.

Authorities suspended their investigation into the incident.

But after Ellingson died in December, the case was re-evaluated and the district attorney’s office filed a formal murder charge against Cox on May 8.

“Everybody expected (Ellingson) to survive, come out of his unconsciousness so he could be interviewed,” Wolfson said. “He never did. … Because everybody at the time believed it wasn’t going to turn out to be someone’s death, the investigation in the beginning wasn’t as thorough, in hindsight, as it otherwise would have been.”

Ellingson died from loss of blood due to internal abdominal bleeding and “blunt head trauma due to assault,” according to a police report. Ellingson had undergone surgery to prevent a blood clot from entering his heart, and a filter designed to stop the clotting pierced his vein, and he bled to death, authorities said.

The Clark County Coroner’s office ruled his death a homicide because the filter was inserted to treat injuries from the altercation.

“The case became a higher priority because the potential victim of a crime passed away,” Wolfson said.

Cofer declined to comment on whether Cox would pursue civil litigation against the district attorney’s office.

“The thing that’s most important to Rob is that his name be cleared,” Cofer said. “He’s not really looking for cash and prizes.”

Two weeks before Cox’s arrest, he and his wife received approval to adopt more children. But they put that on hold with the criminal case hanging over his head.

“The next thing on my mind is getting back to the children I was planning on adopting,” Cox said. He also anticipates more “volunteering, serving my church, serving my city and serving Jesus.”