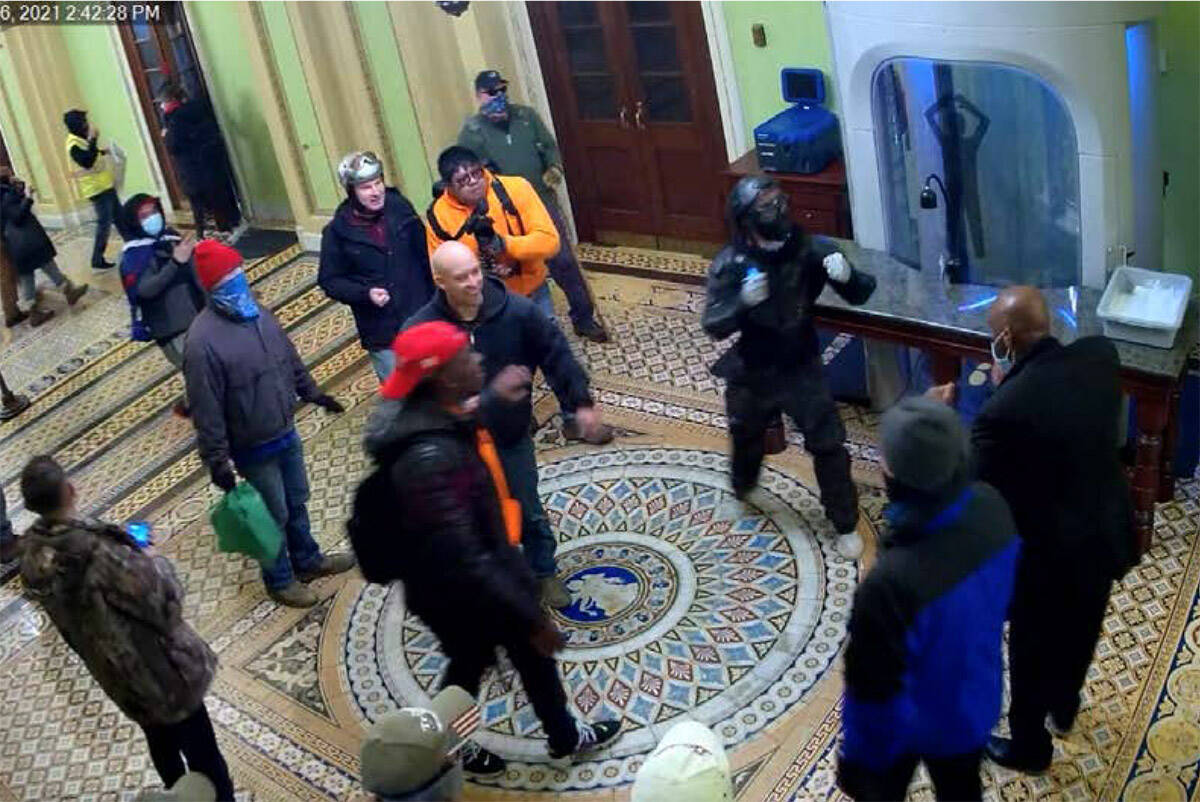 The FBI says a photograph included in a warrant filed in Washington, D.C., shows Las Vegas resident Nathaniel DeGrave with his fists raised as he encounters police officers in the U.S. Capitol on Jan. 6, 2021. An individual who was later identified by the FBI as Ronald Sandlin is seen wearing a bright orange sweatshirt, baseball cap, backpack, a second smaller bag over his shoulder, and what appeared to be camera equipment, including a camera and a small tripod. (FBI surveillance photo) 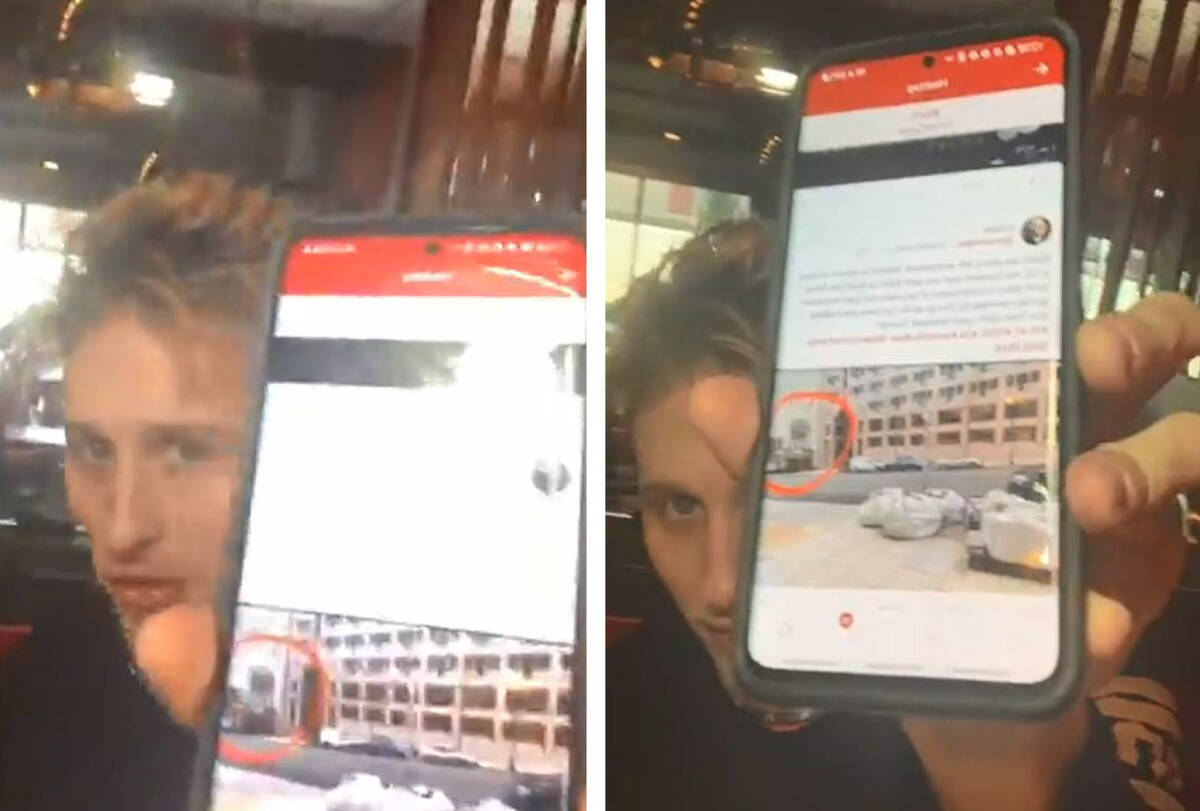 A surveillance photo shows Nathaniel DeGrave holding up a cellphone during a 10-minute video talking about planned actions at or near the U.S. Capitol. The warrant states that Ronald Sandlin was also on the video. The FBI said it did not know when the video was recorded. (FBI) 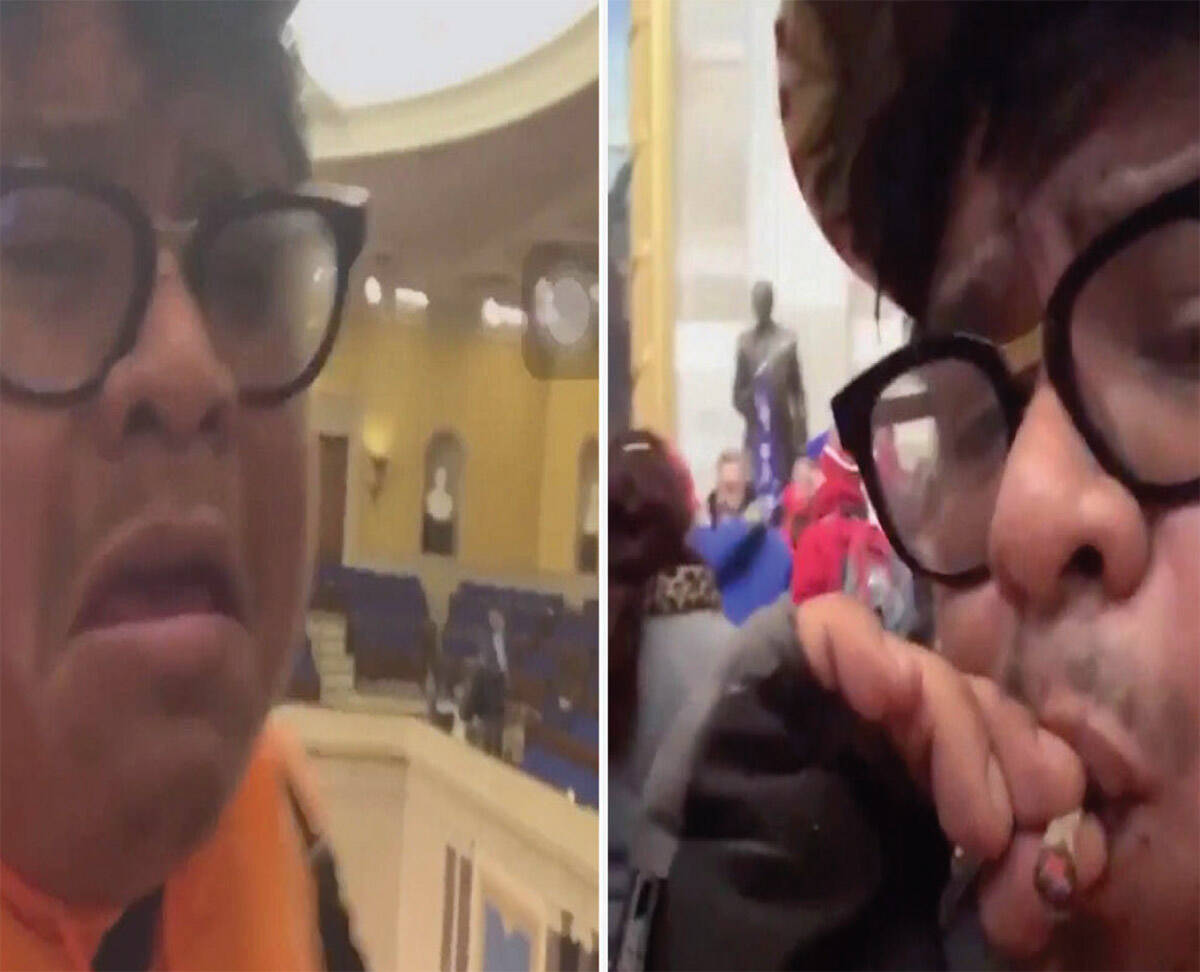 A photo from surveillance video shows Ronald Sandlin smoking what authorities believe was marijuana in the halls of the U.S. Capitol on Jan. 6, 2021. (FBI)

WASHINGTON — Two men with Las Vegas ties being held in connection with the Jan. 6 breach of the Capitol have pleaded not guilty to additional federal charges of conspiracy and assault on law enforcement officers, according to new documents released Monday by the Justice Department.

Nathaniel DeGrave, 32, of Clark County, Nevada was arraigned on the new charges in a superseding indictment on Monday. His attorney, John Pierce, notified the court he will file a motion to have his client released on bail.

Ronald Sandlin, 34, of Memphis, Tennessee, pleaded not guilty on Sept. 21 to charges in the indictment unsealed earlier this month.

Both are being held in jail in the District of Columbia on multiple charges stemming from the Jan. 6 siege of the Capitol and attempts to disrupt congressional certification of the presidential election.

The men were arrested in Nevada in the weeks following the insurrection by FBI agents.

The superseding indictment unsealed this month leveled new charges of conspiracy against DeGrave and Sandlin, whom the Justice Department claims traveled to Washington to commit acts of violence that resulted in attacks on law enforcement officers.

A third man, Josiah Colt of Idaho, was with DeGrave and Sandlin. Colt accepted a plea agreement in July with federal prosecutors in exchange for cooperation with the ongoing investigation by the Justice Department.

According to the new indictment, the three men started an internet chat before Jan. 6 where they discussed “shipping guns” and shared meeting information in the nation’s capital.

On the day of the siege, the three met in a Maryland hotel room and made a video where they discussed whether they should bring weapons to the Capitol, according to the indictment.

Before the attack on the Capitol began, the defendants created a video in which Sandlin called on “fellow patriots” to watch his live stream on social media.

In the video, he stated four times that “freedom is paid for with blood.” He also stated that “there is going to be violence,” according to the charging document.

DeGrave and Sandlin are charged with assault on Capitol Police officers while in the building and the Senate. Evidence includes surveillance video as well as videos made by Sandlin, including one of him smoking a marijuana cigarette in the Rotunda.

The Capitol breach was preceded by a “Stop the Steal” rally headed by President Donald Trump, who falsely claimed widespread fraud cost him the presidential election, according to the Justice Department.

The ensuing riot temporarily halted the congressional proceedings as Trump supporters hunted the Capitol hallways for lawmakers and Vice President Mike Pence, who presided and later certified the presidential vote that gave Biden the victory.

More than 600 people from all 50 states have been arrested on charges in connection with the violent assault on Jan. 6, according to the Justice Department.

Trump was impeached by the Democrat-led House for inciting the attack on the Capitol. He was acquitted by the Republican-majority in the Senate.