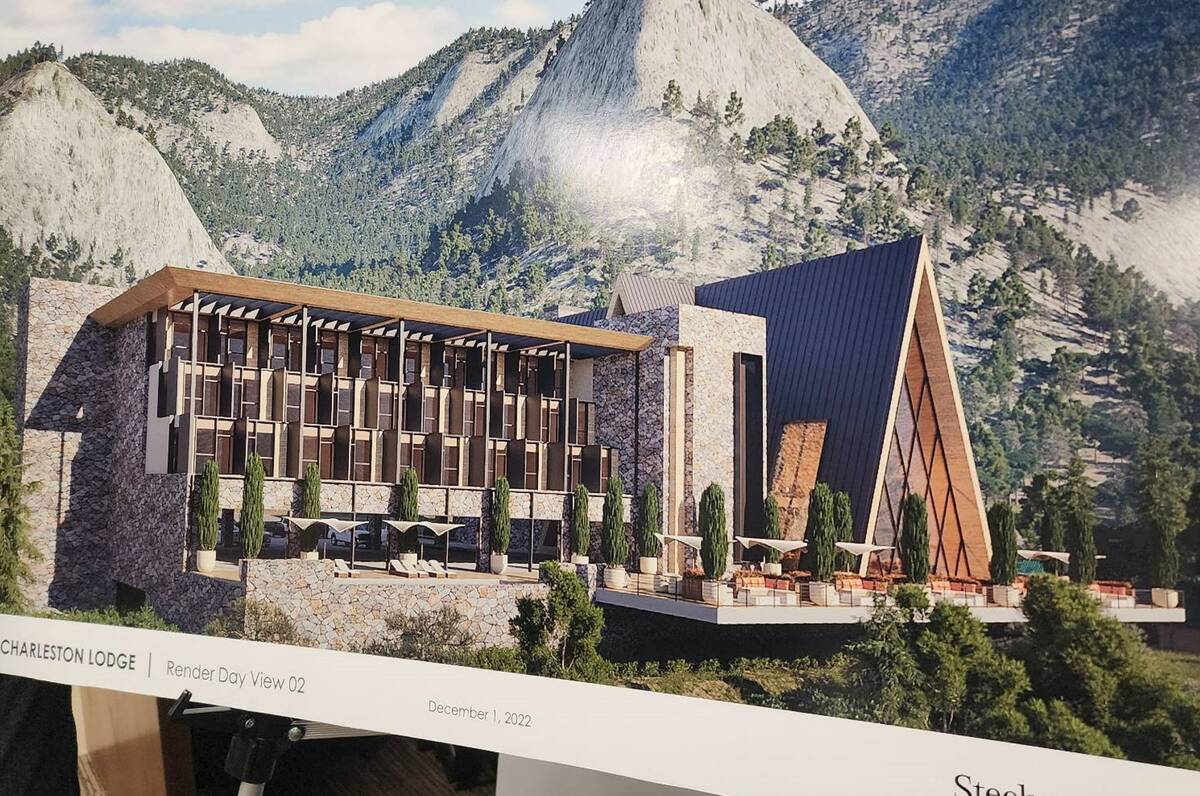 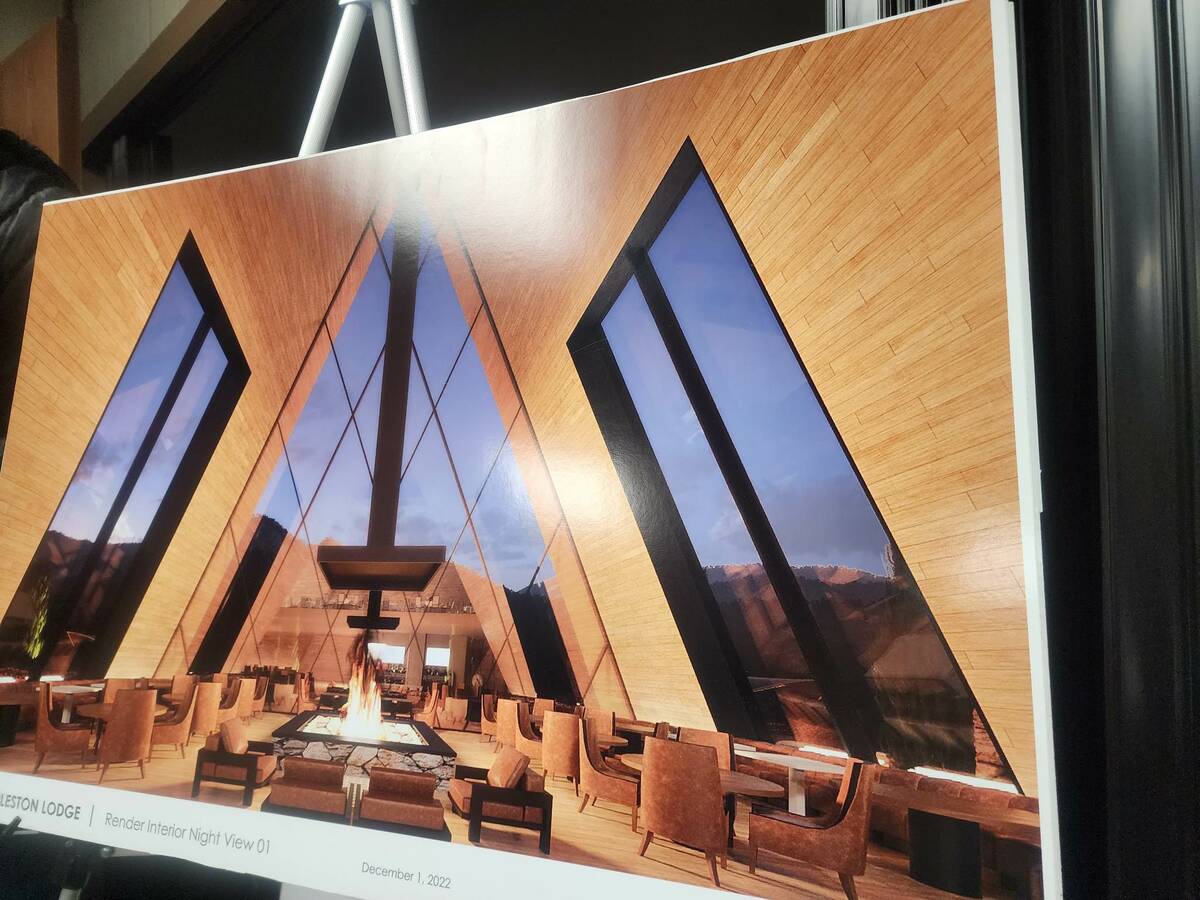 Interior renderings of the Mount Charleston Lodge featuring tall windows and an A-frame shape. The historic lodge in the Spring Mountains burned down in September 2021. (Courtesy of Misty Haji-Sheikh) 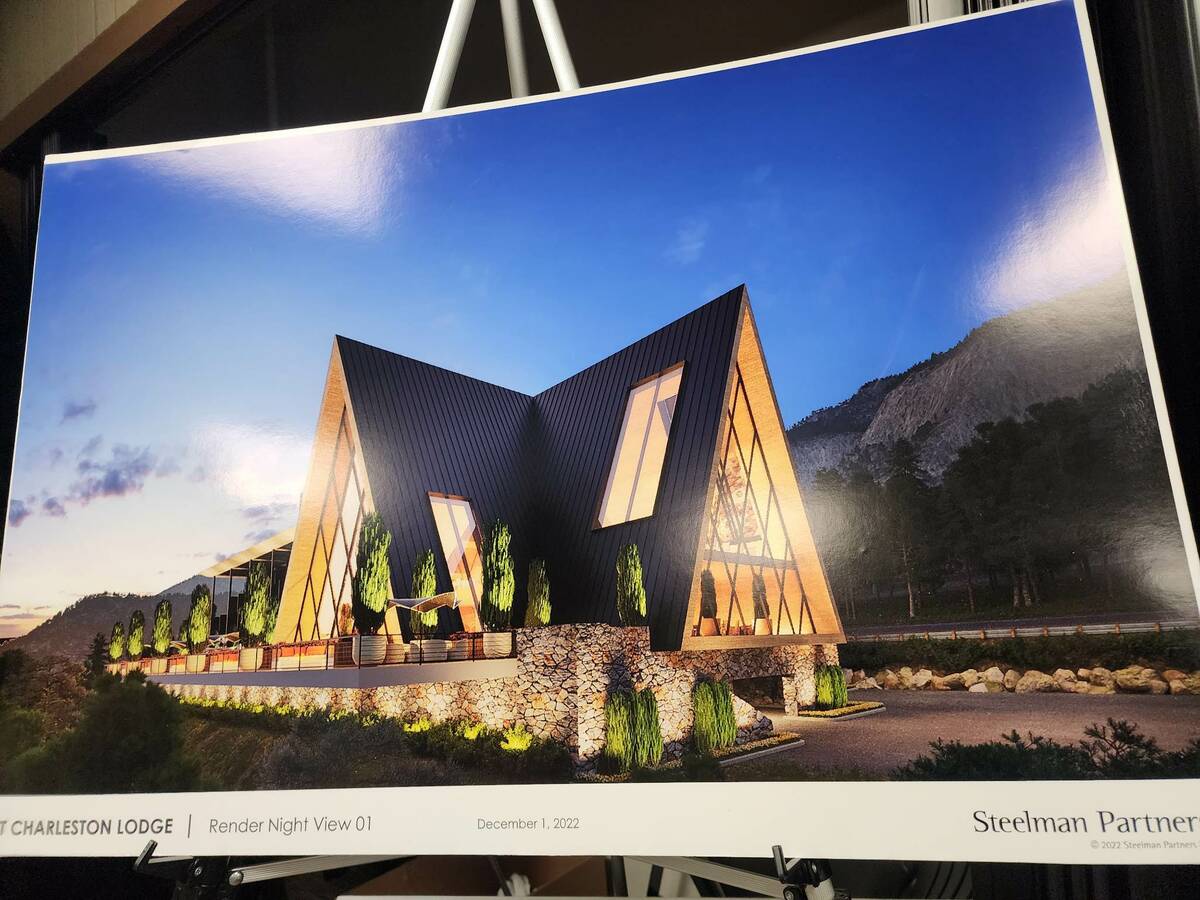 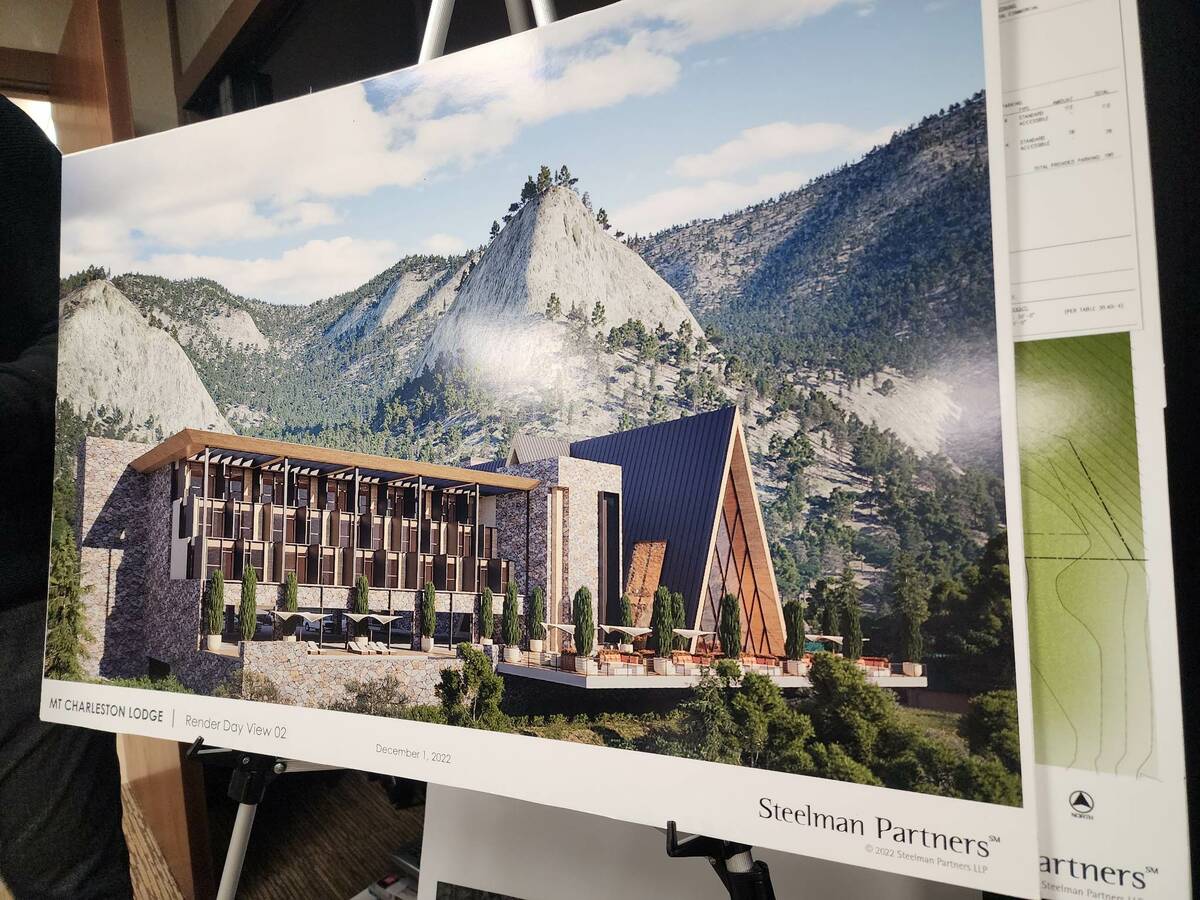 Plans to rebuild the Mount Charleston Lodge are still in the works, more than a year after an accidental fire destroyed the lodge.

Artist renderings of possible site plans were shared with Mount Charleston residents, during a meeting last week. Officials with Ellis Island, which owns the lodge along with the Village Pub chain and Ellis Island Hotel and Casino, declined to specify details about the renderings or other possible plans.

The mountain eatery hasn’t been completely void of activity since the September 2021 fire. Lodge officials erected a temporary tent structure where the A-frame building once stood, and hosted several pop-up events like the Pine Dining series, where local chefs created special menus for summer “cookouts” and a week of harvest-inspired food in October.

The company is seeking a use expansion on the temporary structure, according to a Tuesday agenda from the Clark County Planning Commission. The fabric and glass-walled tent has a maximum capacity of 250 people and would be used to host more chef events, special meal services, weddings and other private events.

Currently, it’s only allowed to host outdoor commercial events for no more than 10 consecutive days per month at the temporary structure.

“This request is to allow various events on the site, without the limitation of the number of events and the number of days per event. This is well in effect to establish an event facility,” according to the filed request.

An accidental fire destroyed the lodge restaurant on Sept. 17, leaving rubble in place of the iconic A-frame restaurant. No one was injured. The lodge’s neighboring 23 cabins were unaffected by the fire and remain open.

The former lodge was built in 1962, though another structure operated there from at least 1948 before it was destroyed in a 1961 fire.