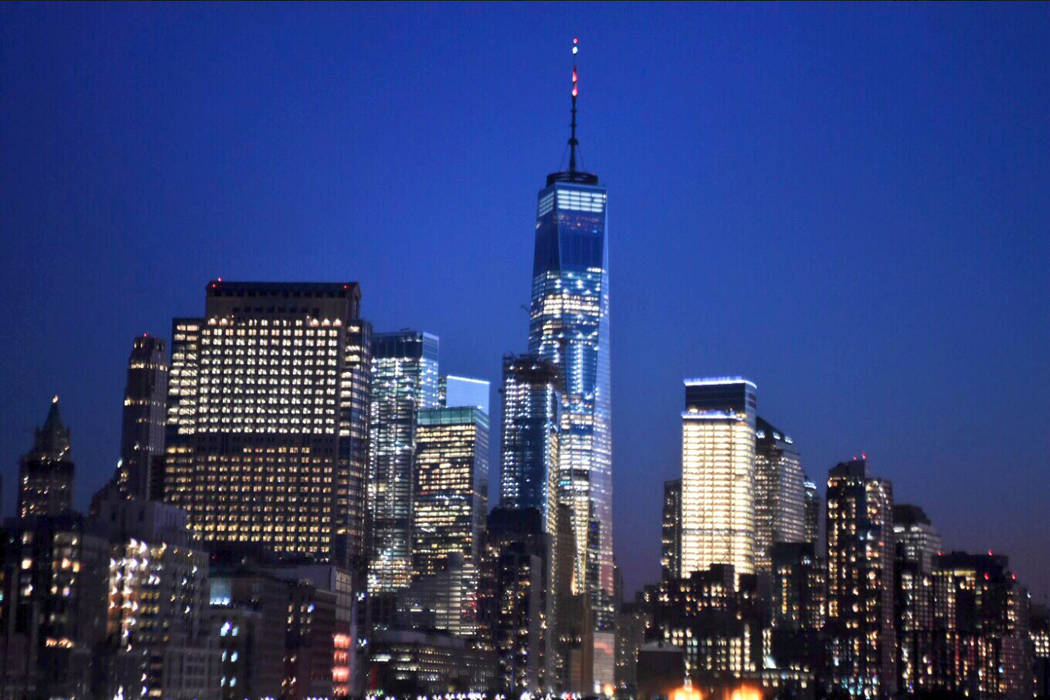 One World Trade Center lit up with an orange band to honor the victims of gun violence in Las Vegas. Twitter

In the week since the mass shooting at the Route 91 Harvest festival that claimed the lives of 58 concertgoers and injured hundreds of others, communities around the country have rallied to show support for Las Vegas.

On Monday night, the Eiffel tower in Paris went dark in a demonstration of solidarity with its Las Vegas counterpart. In 2015, the Paris Las Vegas had gone dark following the terrorist attack in France that killed 12 people at the office of the satire magazine Charlie Hebdo.

Demonstrations of support also came from within the U.S.

A building in downtown Indianapolis went dark, save for illuminated windows in the outline of a heart. The Empire State Building in New York darkened its lights for those affected in the Las Vegas attack.