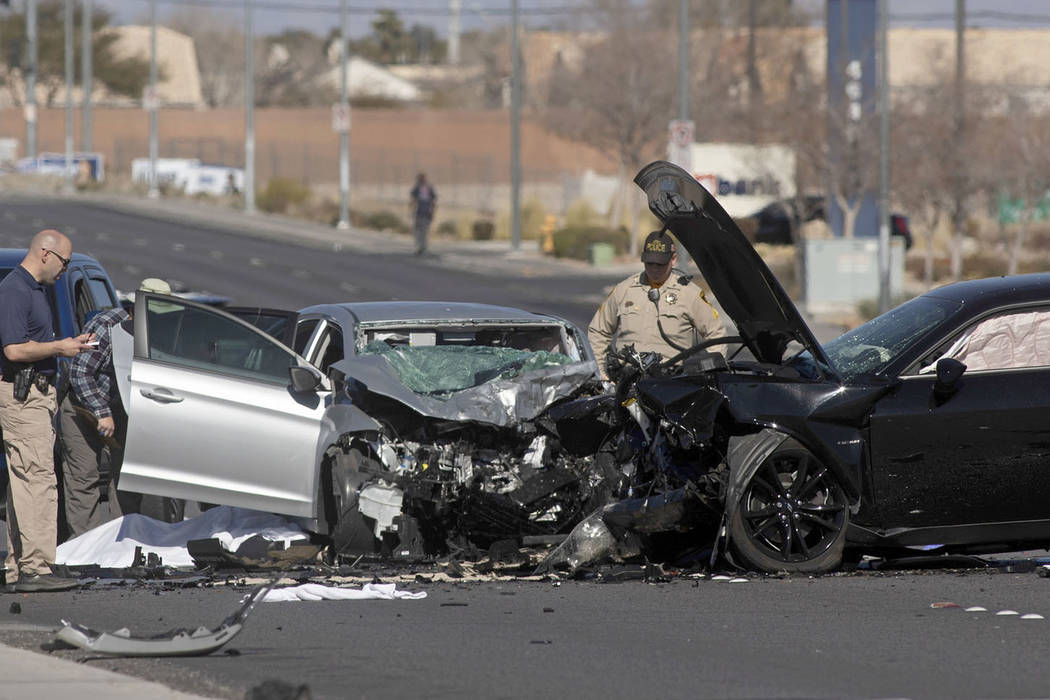 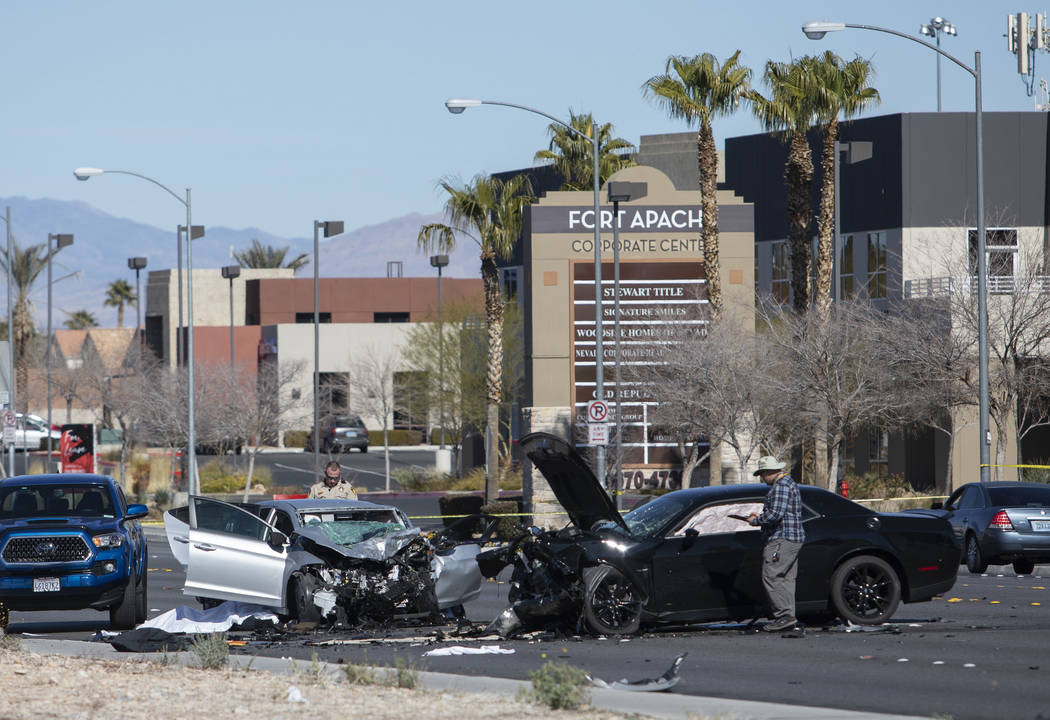 Investigators work at the scene of a fatal collision at the intersection of South Fort Apache Road and West Tropicana Avenue on Saturday, Feb. 1, 2020, in Las Vegas. Two women died and one person was transported to a local hospital in critical condition. (Ellen Schmidt/Las Vegas Review-Journal) @ellenkschmidt_

Two women killed in a Saturday crash in the western Las Vegas Valley have been identified as Barbara Brender, 69, and Mariann Quinones, 58, according to the Clark County coroner’s office.

The coroner’s office said both victims died from blunt force trauma suffered in the two-vehicle crash at South Fort Apache Road and West Tompkins Avenue. The office could not immediately say Monday morning where each woman resided.

Las Vegas police said the women were in a 2017 Hyundai Elantra traveling south on South Fort Apache Road when their vehicle was struck about 11:10 a.m. by a 2018 Dodge Challenger driven by a 78-year-old man.

The man was driving north on Fort Apache when the car entered the southbound lanes, resulting in the collision with the Hyundai.

Both Quinones and Brender died at the scene. The driver of the Challenger was critically injured and taken to University Medical Center for treatment.

The collision marked the 12th and 13th traffic-related deaths this year within the Metropolitan Police Department’s jurisdiction.