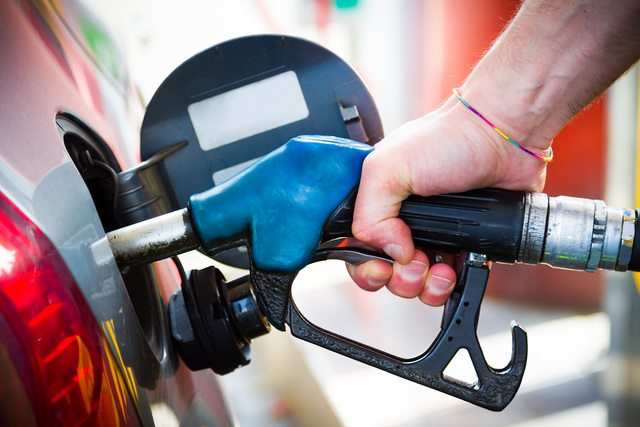 A Clark County measure on the Nov. 8 ballot that would continue to raise gasoline taxes over the next decade won’t generate enough money to pay for all the county’s street and highway improvements, a transit advisory committee said in a report released Thursday.

Along with the gasoline tax, the panel said county officials need to seek long-term funding sources from taxpayers.

Five suggested options were laid out in a report presented by the Transportation Resource Advisory Committee, a 36-member panel of local citizens, contractors, union representatives and others who were appointed earlier this year by the Regional Transportation Commission of Southern Nevada’s board of directors.

“One thing that became clear at the very beginning is that there is tremendous demand for transportation in this valley,” Don Snyder, chairman of the advisory group, told the transportation board. “With the amount of projects and the dollar amounts involved with these projects, it’s clear to all of us that we can’t do everything.”

The transportation agency has said that Clark County has 355 road improvements projects totaling $6.2 billion, nearly half of which could be completed if a simple majority of county voters approve a measure that would allow the fuel indexing tax to remain for another 10 years.

If approved, gasoline taxes could climb about 3.6 cents per gallon annually, then remain for roughly another 20 years to pay for bonds to cover an estimated $3 billion for building new roads.

That comes to 36.32 cents more per gallon by 2026, based on a 4.54 percent annual inflation rate connected to the producer price index, which measures road construction costs.

Over the long term, the advisory panel suggested road projects be funded through either a sales tax; increased vehicle registration fees; a tax for electric vehicles; taxes on ride-sharing companies such as Uber and Lyft; or a “vehicle miles traveled fee,” which would charge motorists based on how many miles they drive each year.

An Uber spokeswoman said the company pays a $500,000 annual fee to operate in Nevada, along with a 3 percent tax for every ride. That revenue goes toward funding transit projects and the new medical school at the University of Nevada, Las Vegas.

County Commissioner Chris Giunchigliani, who also sits on the transportation agency’s board, suggested that that hybrid vehicles and self-driving, autonomous cars could also be taxed if additional levies are placed on electric vehicles.

Transportation board Chairman Larry Brown said road infrastructure “has traditionally stayed below” other funding priorities in the county, including public safety, health-care and education.