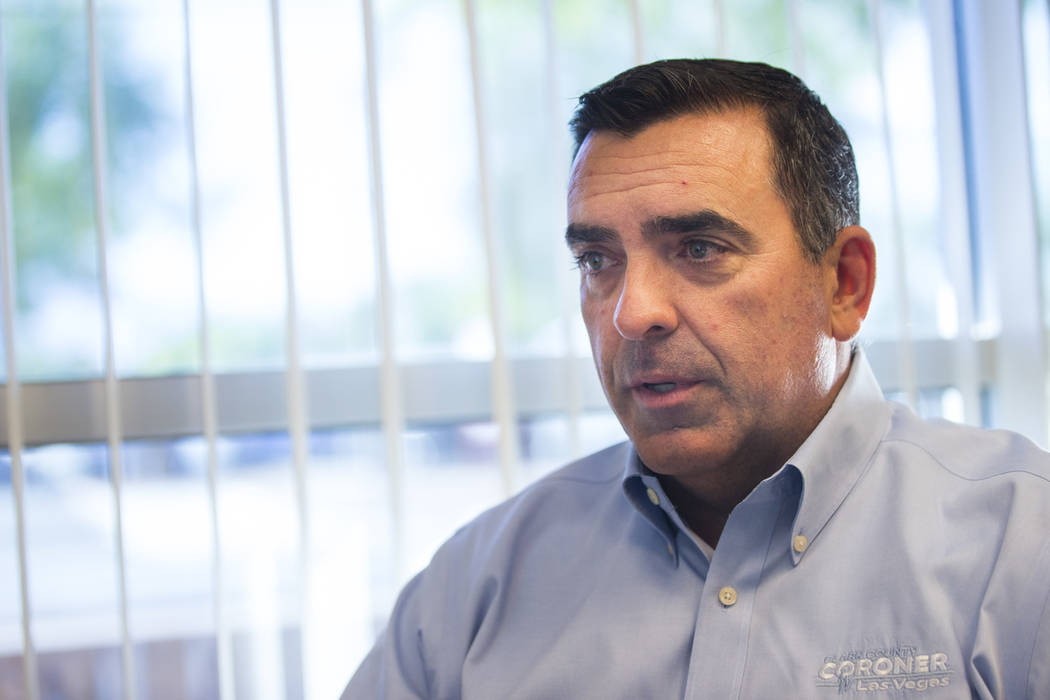 Clark County officials, including Coroner John Fudenberg, are in El Paso, Texas, this week to assist with the aftermath of Saturday’s mass shooting.

The three will be primarily helping the city’s Family Assistance Center, Pappa said. The center, at the El Paso Convention Center, opened Tuesday for services including counseling, health care aid, legal support and financial support, according to the El Paso Herald-Post.

A similar resource center was opened at the Las Vegas Convention Center after the Route 91 Harvest festival shooting on the Strip, which left 58 dead and hundreds more injured.

“That ultimately morphed into the Resiliency Center,” Pappa said.

The weekend shootings prompted the Vegas Strong Resiliency Center to offer additional support to those affected by the Oct. 1, 2017, tragedy. Repeat shootings and mass violence typically lead to an increase in phone calls and messages for the center, with some people reaching out for the first time, according to Tennille Pereira, the organization’s director.

The center has partnered with mental health providers to offer additional support this week, including its first online counseling sessions.