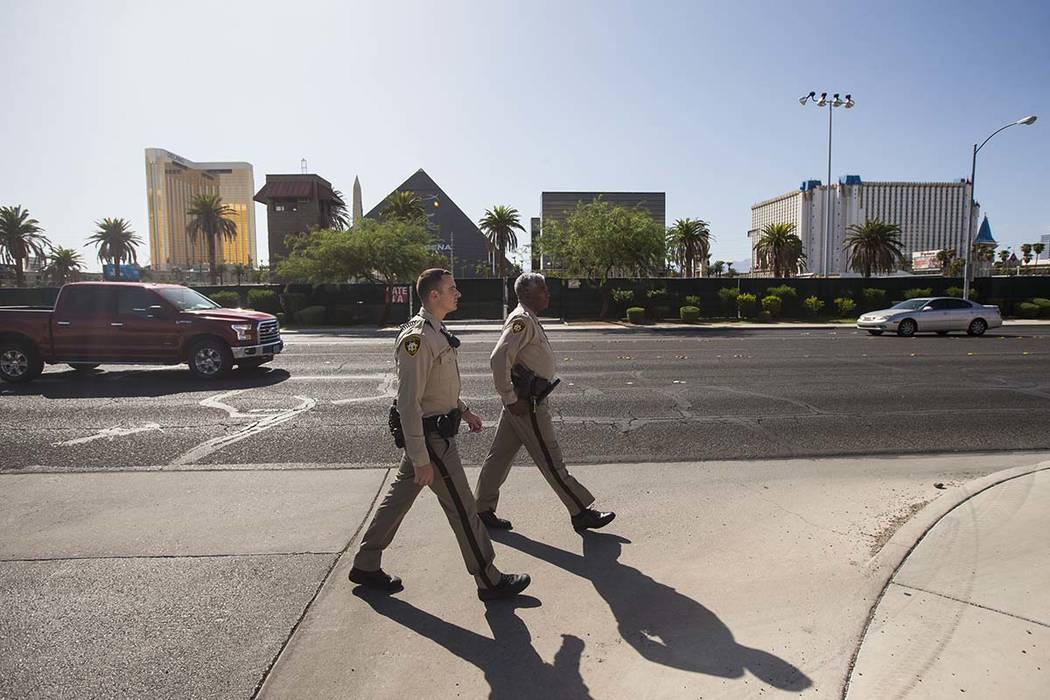 In part three, “All Hands on Deck,” Review-Journal reporter Shea Johnson talks to Dr. Paul Chestovich and Dr. Syed Saquib about the scene at UMC Trauma as victims of the Route 91 Harvest festival shooting started to arrive for treatment. Officers Richard Cole and Brandon Engstrom return to the festival grounds in the aftermath of the shooting.

Listen and subscribe to the series for free on Apple Podcasts, Spotify, Google Play and other podcast platforms.

The series shares the accounts of two Metropolitan Police Department officers whose lives intersect with a woman in dire straits on Oct. 1, 2017. Through interviews, source audio and a review of police body camera footage, the podcast revisits the night of the mass shooting in detail.

New episodes will be released every Tuesday throughout the month of October.