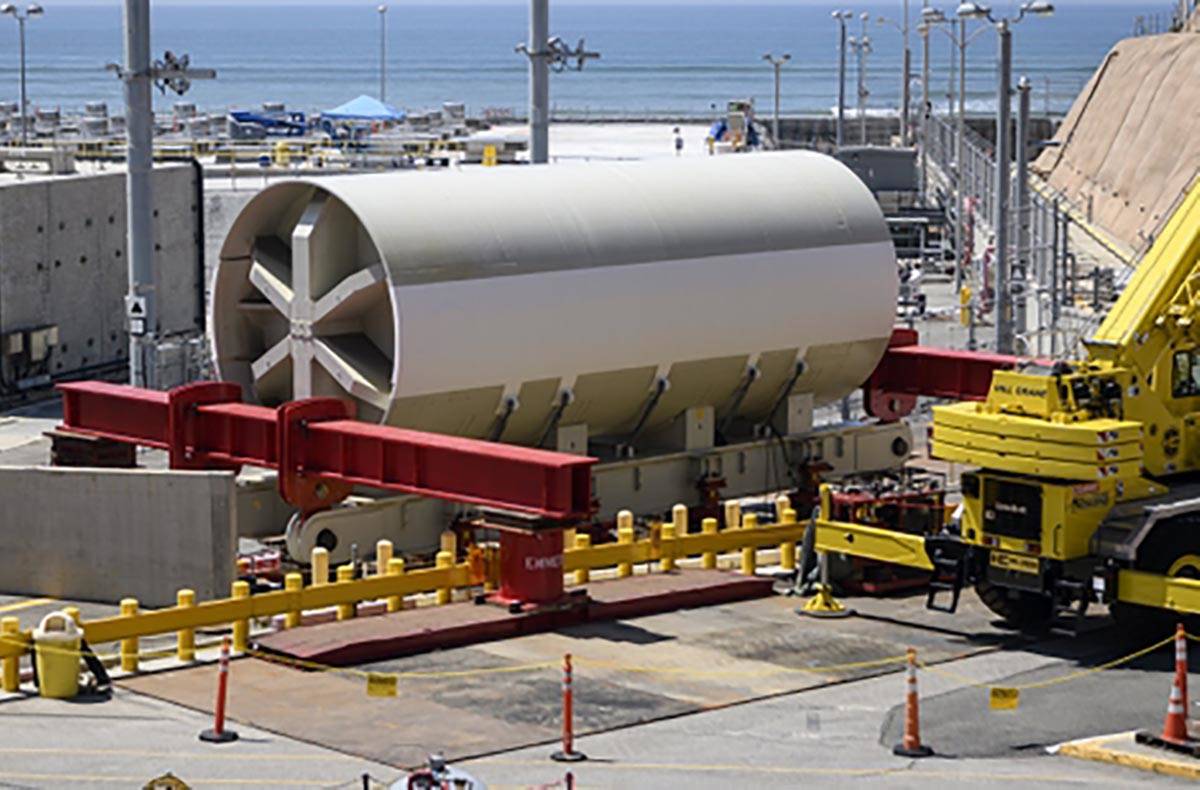 The old Unit 1 nuclear reactor from the San Onofre Nuclear Generating Station near Camp Pendleton, California, is being transported through Nevada to burial west of Salt Lake City, Utah.(SONGS photo) 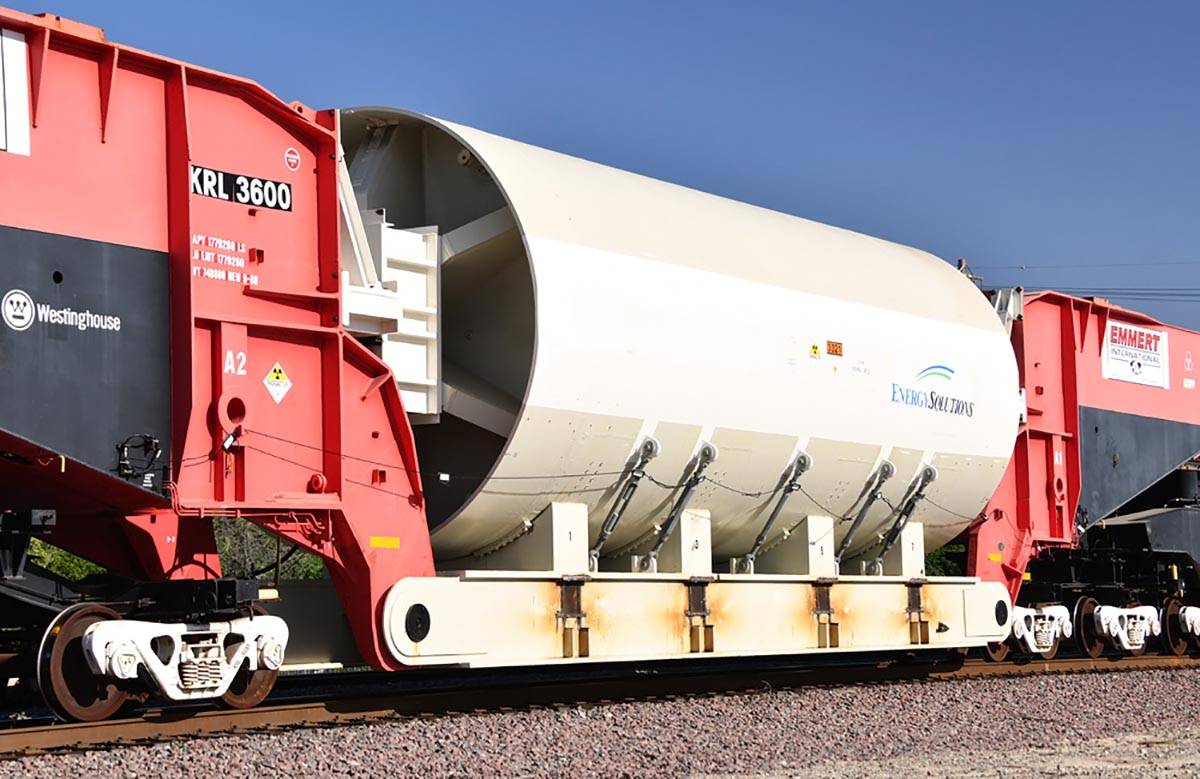 KRL 3600 is the biggest train car in the world. It is shown near Barstow, California, on Monday, May 25, 2020, hauling an old nuclear reactor (inside gray cylinder) from San Onofre, California. (Photo by Mr. MRL)

The largest object to travel on Nevada roads will set out on its over week-long journey next week.

To keep the load off Interstates 15 and 80, the vessel will mainly travel on U.S. Highway 93 and State Route 318 before crossing the Utah border on its way to Clive.

The massive load will be transported by Emmert International on a 122-foot-long trailer powered by six heavy-duty Class 8 trucks.

Pilot cars and Nevada Highway Patrol vehicles will escort the rig and assist with scheduled pullouts and traffic control.

The total convoy will span up to 2 miles in length, including extra trucks, mechanics, and project managers.

The massive weight of the super-load will be dispersed across 460 tires, preventing damage to state roads and bridges.

Crews will reinforce drainage culverts along the route using shoring and hydraulic jacks to prevent damage to public infrastructure.

The load will be traveling at slow speeds during its estimated 8-day journey to the Utah border.

Those traveling on U.S. 93 on Monday can expect a 20-mile detour on State Route 168 and should plan for delays.

The load will not be traveling from 12 p.m. July 2 through July 5 to minimize impacts to holiday traffic.