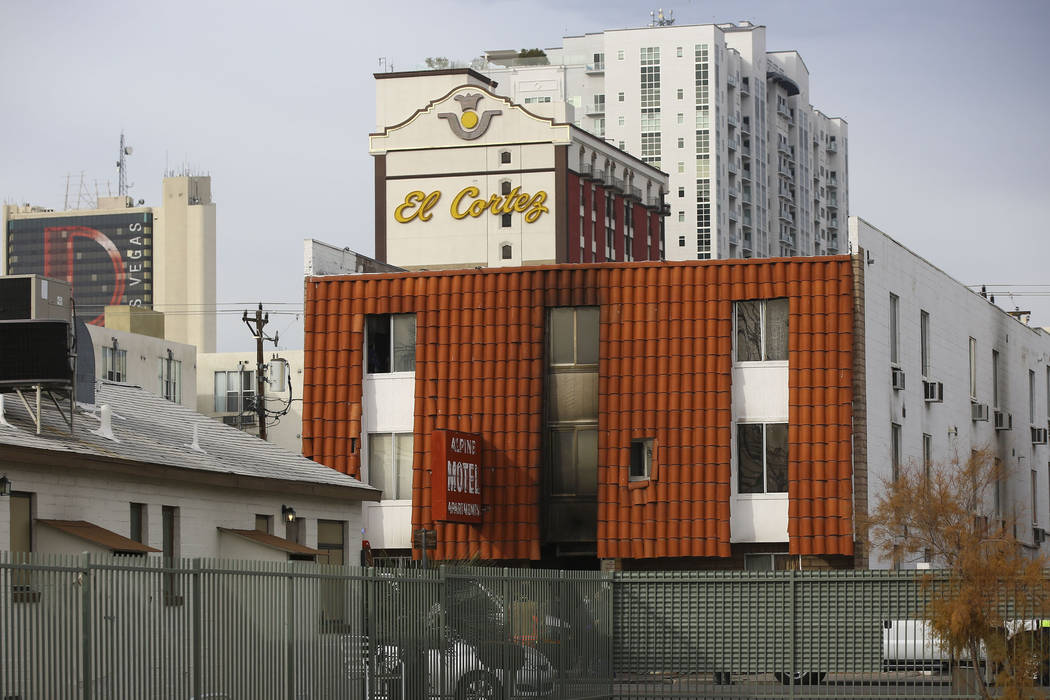 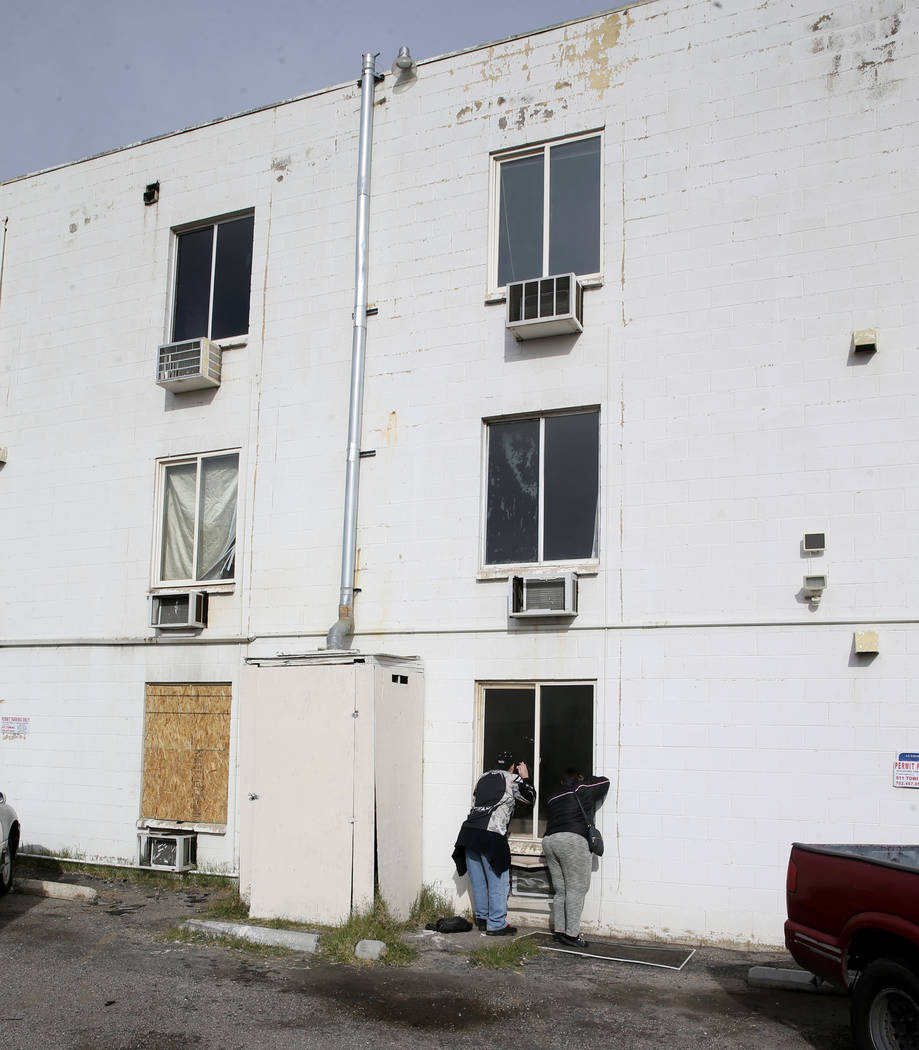 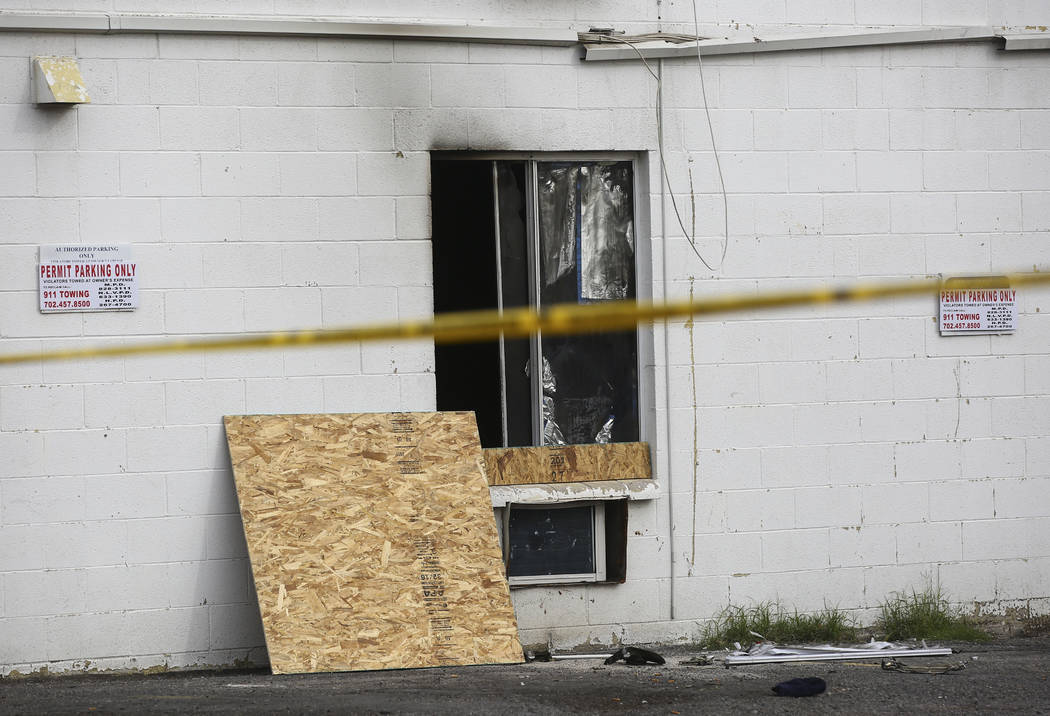 The city’s deadliest fire broke out early Saturday in a hot spot for fatal blazes, according to a Review-Journal investigation published last year.

Rife with aging residential buildings equipped with outdated fire safety equipment, city Ward 5 saw six people die in residential fires from 2013 through 2018 – more than any other city ward during that time. Saturday’s fire at the Alpine Motel in downtown Las Vegas claimed another six lives and injured 13 more people.

The building did not have a sprinkler system, city Fire Department spokesman Tim Szymanski said.

Multiple tenants also said the building’s fire alarm did not work when they pulled it.

However, it’s likely that the motel, built in 1972, was not required to have current safety measures such as sprinklers and interconnected smoke alarms. That’s because Nevada law does not require existing residential buildings to adhere to new safety upgrades required under fire codes adopted after the building is constructed.

“Whenever the building was built, that’s the code that applies,” Szymanski said.

“Valley Of Fires,” the Review-Journal investigation published in November 2018, found a slew of deadly fires had occurred in recent years at homes and apartments in older parts of the Las Vegas Valley’s urban core.

All but six of the 41 fatal residential fires that occurred inside the city between 2009 and 2018 were in Ward 5 and neighboring Wards 1 and 3.

The investigation also found that city officials have had problems making sure high-density residential complexes adhere to the fire safety standards they are required to meet. Last year Las Vegas had only 15 fire inspectors to check more than 21,000 commercial and residential buildings.

During a five-year period starting in April 2013, city fire inspectors failed nearly 39 percent of the commercial and residential buildings they assessed. The vast majority were in Wards 1, 3 and 5.

City records show the Alpine Motel was the subject of at least eight code enforcement complaints from 2016 through 2018. Twice in early 2016 residents complained about the building lacking fire safety equipment, including smoke detectors, smoke alarms and fire extinguishers. The records do not show how the complaints were resolved.

One resident who survived Saturday’s fire said none of the fire alarms he pulled inside the building worked. Floyd Guenther, 46, also said the smoke detector in his third-floor unit wasn’t working.

But the Alpine Motel was up to code, according to a woman at the scene of the fire who claimed to be one of the hotel’s owners. Malinda Mier said each of the motel’s rooms had a smoke detector and that the building had a fire escape.

“We have the fire inspection people come out and test the fire alarm systems, we have code enforcement come and go through the buildings,” Mier said. “We do everything we can to make sure everyone is safe.”

Szymanski said the city’s Dangerous Buildings Task Force will begin investigating Monday whether the motel had a history of code violations. Government and law enforcement officials were already investigating the fire at the scene.

“This will probably take at least a month or two,” he said. “This is the worst fatal fire in the department’s history, so we’ll be extremely comprehensive.” 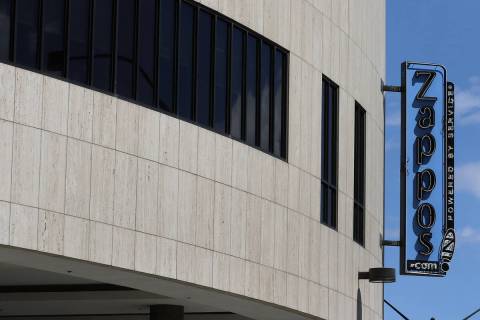 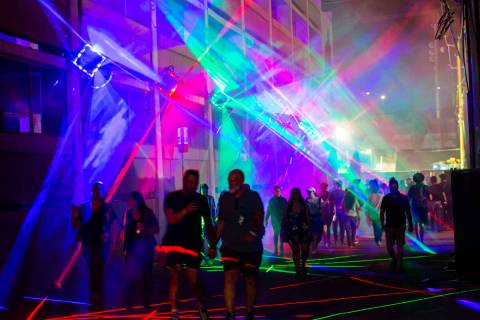 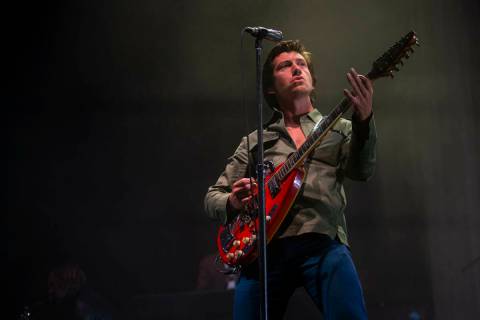